With a nationalist slogan: what is known about the change in the form of Ukrainian football clubs

The Ukrainian Football Association has obliged all teams of the Premier League and the Professional League of Ukraine to use a new logo on the players' uniforms. It shows a map of the state with the included Russian Crimea, as well as nationalist slogans "Glory to Ukraine!" and "Glory to the Heroes!" UEFA chose not to comment on the innovation, and the State Duma of the Russian Federation called it another provocation. Svetlana Zhurova said that the country continues to mix sports and politics, and Dmitry Svishchev urged the Russian side not to react in any way to what happened. 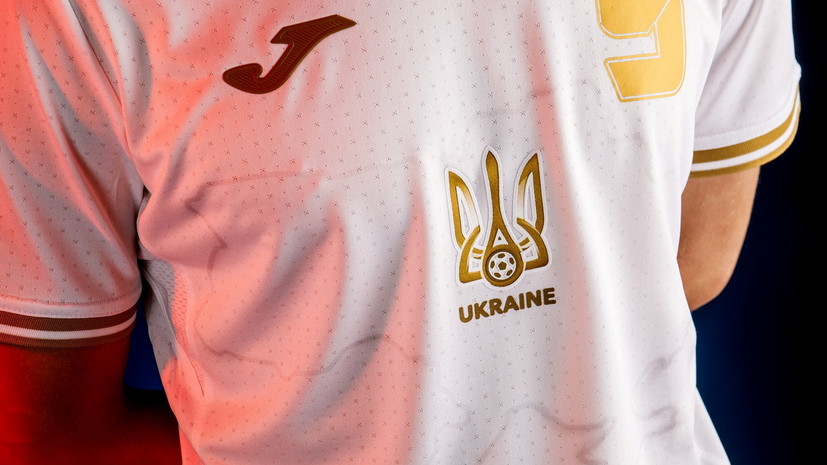 The story of the use of political slogans by the Ukrainian football authorities continued after the end of the European Championship. According to media reports, the Ukrainian Football Association (UAF) has made a number of changes to the regulations for the local championships. Among other things, she obliged all teams participating in the Ukrainian Premier League (UPL), Cup and Super Cup of Ukraine to use the updated logo. It should contain a map of the state, which included the Russian Crimea, as well as nationalist slogans "Glory to Ukraine" and "Glory to the Heroes!"

The symbols must be applied to a predetermined place - the front of the shirts, in the middle of the chest - between the logos of the club and its technical sponsor.

According to the President of the UAF Andrei Pavelko, the executive committee of the organization "unanimously supported the initiative."

He added that the same patch will be present on the uniforms of all referees.

and is considered nationalist.

Both experts and ordinary football fans agreed that we are talking about another provocation of Ukraine.

At the same time, Svetlana Zhurova, the Olympic champion in speed skating, now a deputy of the State Duma of the Russian Federation, admitted that in this case the Russian side cannot influence what happened.

“They will continue to make their next provocations.

The Ukrainians will not stop there.

I am sure they will continue to mix sports and politics.

Our best response to such provocations is an article by Vladimir Vladimirovich Putin.

She appeared for a reason, "- quotes Zhurova" Sport-Express ".

Dmitry Svishchev agreed with her opinion.

He stressed that Ukrainians have the right to dispose of the form at their own discretion, but the inclusion of a territory that does not belong to them looks strange.

“Inside the Ukrainian championship, they can do whatever they want.

But the inclusion of the territory of the Russian Federation there is surprising.

And putting up nationalist slogans is also their decision.

I don't think we need to react to this in any way.

This is another unfriendly step of our neighbors, but we already have collective immunity, "Svishchev noted.

In addition, the deputy suggested that the purpose of the innovation is to provoke the Russian side.

“First of all, they probably want to somehow try to influence us.

I don’t know how interesting it will be to us what is being done in the Ukrainian domestic championship.

I am personally not interested, as well as the majority of Russian fans, "- said Svishchev" Championship ".

At the same time, the European Union of Football Associations (UEFA) preferred not to comment on the controversial innovation.

“This is an internal issue that concerns the Ukrainian Premier League.

Therefore, we kindly refer you to the Ukrainian Football Association with your question, "- quotes the answer of UEFA RIA Novosti.

Recall that the scandal with the uniform of the Ukrainian national team flared up before the start of Euro 2020.

The UAF presented T-shirts with an image of the outline of the state with the included Russian Crimea, as well as nationalist slogans "Glory to Ukraine!"

Considering that the national team had to play on the international arena (and potentially hold matches in St. Petersburg), in Russia they expressed their indignation about this, as they considered that it was a clear provocation.

Initially, UEFA did not find a political background in the design, however, after the letter from the Russian Football Union (RFU), they changed their minds and were obliged to remove the second part of the ambiguous phrase.

At the same time, the contours of the state were not banned, since, according to the representatives of the organization, it is in this form that the UN recognizes them.

Pavelko tried to challenge this decision, but UEFA was adamant.

In response, the executive committee of the Ukrainian association unanimously recognized the phrase "Glory to Ukraine!"

the slogan of the national team.

* "Ukrainian Insurgent Army" (UPA) is a Ukrainian organization recognized as extremist and banned on the territory of Russia (decision of the Supreme Court of the Russian Federation of 11/17/2014).