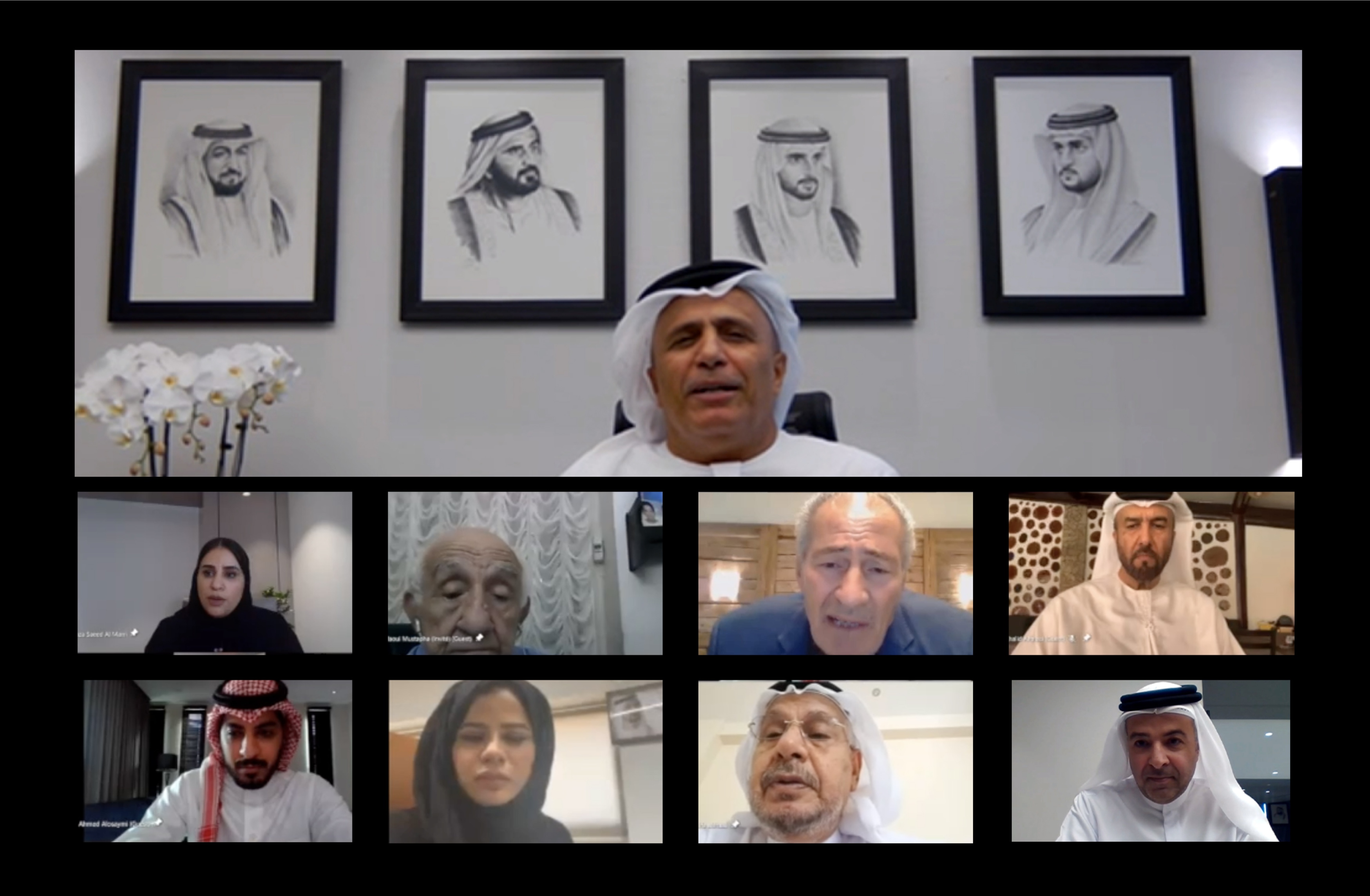 The Council confirmed that the award ceremony for the 11th session will be held at the headquarters of "Expo Dubai 2020" on January 9 next.

The Board of Trustees also congratulated the UAE national team and the Arab teams that qualified for the final rounds of the Asian qualifiers for the World Cup finals, which will start on September 2, and urged them to shine and compete vigorously to obtain the qualification for the 2022 World Cup.

This came during the (thirtieth) meeting of the Award’s Board of Trustees, which was held via the video communication system, headed by Mattar Al Tayer, Chairman of the Award’s Board of Trustees, and attended by Khalid Ali bin Zayed, Vice Chairman of the Board of Trustees, and Board members: Dr. Hassan Mustafa, Dr. Khalifa Al Shaali, Mustafa Al Arfawi, Moza Al Marri, Secretary General of the Award, Ahmed Musaed Al Osaimi, Mona Bou Samra, and Nasser Aman Al Rahma, Director of the Award. The Chairman of the Board of Trustees expressed his happiness with the return of sports activity around the world and the successful holding of local, continental and international championships in accordance with the precautionary measures and precise protocols specific to each region and each championship, giving athletes the opportunity to play and present their best levels during this difficult period, and the return was coupled with public attendance, which is an important matter. Very to support the athletes and also to provide the opportunity for the public to follow their favorite sports and their local and international athletes.

During the meeting, the timetable for the remainder of the current session was reviewed, which is the nomination stage, which ends on September 15th, and the nomination process is done through the mbrawards website.ae or the smart application of the award without submitting any paper files, followed by the stage of sorting the nominated files in all categories and making sure that all achievements match the requirements of candidacy, whether in terms of the time or quality of achievement and verifying the attached documents, followed by the stage of remote arbitration and through the electronic arbitration program, which is done During the months of September and October, the files will be distributed to the arbitrators in a way that ensures impartiality and that no judge will take over the evaluation and arbitration of any file for an athlete or an institution from the same country to which he belongs, followed by the selection of the winners and the submission of the list of names to His Highness the President of the Award for approval. On November 1, the door will be opened Public nominations for the final winners of the junior category, then the announcement of the winners of all categories on November 23, in an expanded press conference.

It was also approved that a ceremony honoring the winners of the 11th cycle will be held on January 9, 2022, with direct attendance, at the Expo headquarters and during the major global event, and in the presence of international personalities from the Expo guests and the award guests. The Board of Trustees of the award praised the continued brilliance of many winners in the award categories during international sports tournaments and their qualification to compete in the Tokyo Olympics and to strive to win more Olympic medals, which confirms the award’s impact in motivating athletes to achieve more global and Olympic achievements based on the status that each athlete gained during achieving Olympic achievement, as well as during his honoring at the award ceremony and receiving medals of creativity from His Highness Sheikh Hamdan bin Mohammed bin Rashid Al Maktoum, Crown Prince of Dubai, Chairman of the Executive Council of the Emirate of Dubai, patron of the award, and His Highness Sheikh Ahmed bin Mohammed bin Rashid Al Maktoum, President of the National Olympic Committee and Chairman of the Award, representing The Olympic Games are the pinnacle of sporting competition in terms of winningThe Mohammed bin Rashid Al Maktoum Award for Sports Creativity is a summit of appreciation and honor for the sporting achievements of every creative athlete.

During the past ten sessions, the award has honored 13 Arab Olympic champions. Their achievements totaled 24 Olympic medals, distributed over 9 gold, 7 silver and 8 bronze. The Tokyo Olympics will be the fourth Olympics in which the winners will enter the list of nominations to win the award after the 2008 Beijing Olympics, the London 2012 Olympics and the Rio Olympics. de Janeiro 2016, and the winners of the Paralympic Games that were held in the same year were also appreciated and honored.