Sarah Sjöström is recharging before the Olympics, which will start shortly. But the Swedish swimming queen has not yet decided whether she will compete in the 100 meter butterfly in the championship. However, the door is not closed. - I have become more curious about how it could go if you line up, she says during today's press conference. 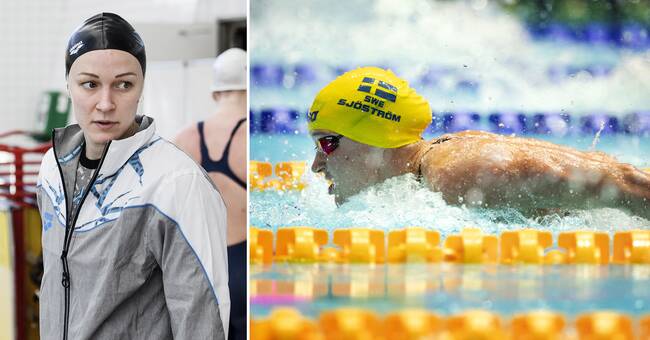 The Swedish swimmers are currently at a publishing house in Japan and will soon be off to Fukuoka, where the Olympics will take place.

The big medal jump, which made a sensational comeback in swimming after a heavy elbow injury, Sarah Sjöström will compete in the 50 and 100 meter freestyle.

For two months, she saw butterfly competition as unlikely.

The more time has passed, the butterfly swimming has started to work and I have become more curious about how it could go if you line up.

At the same time, Sjöström feels that it is a bit unrealistic that she will reach where she wants to be if she swims 100 meters butterfly.

And I know it will take 56 seconds to win a medal, but I think it may be a step in the right direction.

We have still not done any test races in the training so I will do some speed training and butterfly here in the coming days so we will see how I feel.

However, the top swimmer feels that she is in good shape, despite the injury, and she admits that she went through a difficult period.

It has been tough to recover from this injury.

- If I had had more time on me than this, maybe things would have been done more carefully from the beginning, but now it has been such a short time to the Olympics so we have had to stay one step ahead with some other things.

My elbow is still not fully mobile and there are some steps that can be difficult.

I still have a little pain in some parts, but there is nothing that interferes with my training in the water.

However, it is a while before she feels stronger than ever, but when it's time, she will attract competition-driven.