First riders on the way in time trial, Froome slowest

Good afternoon and welcome to this live blog! My name is Jeroen van Barneveld and I will keep you informed about the penultimate stage in the Tour de France. Tour de France Riders on the road Individual time trial over 31 km Pogacar is the last to start at 17:19 a few seconds ago It is painful to see Chris Froome, once a celebrated winner of the Tour de France and recognized time trial specia 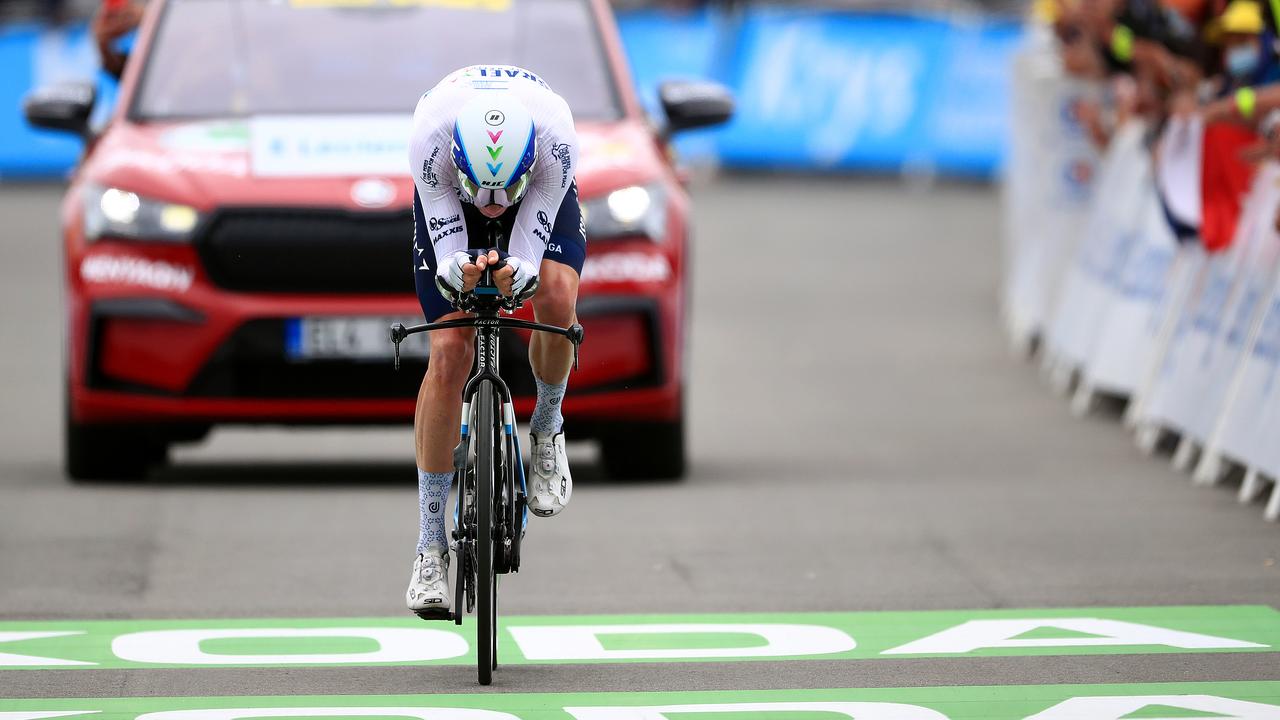 My name is Jeroen van Barneveld and I will keep you informed about the penultimate stage in the Tour de France.

It is painful to see Chris Froome, once a celebrated winner of the Tour de France and recognized time trial specialist, riding in the time trial like this.

With 41.21 he records the slowest time in the field.

This time of Dries Devenyns is starting to look like something.

The Belgian veteran of Deceuninck-Quick-Step clocked 37 minutes and 59 seconds after 30.8 kilometers, making him more than the fastest.

He will take a seat on the so-called 'hot seat' for a while.

Cees Bol is the first Dutchman to enter.

The Team DSM sprinter has taken it easy with a view to tomorrow's bunch sprint on the Champs-Élysées and is almost a minute slower than Tim Declercq, who has already lost his leading position to Michael Mørkøv.

Tim Declercq is the first rider to arrive in Saint-Émilion.

The Belgian of Deceuninck-Quick-Step records a time of 40.20 minutes after 30.8 kilometers.

That will not be the winning time, because his teammate Dries Devenyns was already two minutes faster at the second intermediate point after 20 kilometers.

Chris Froome has been on the road to Saint-Émilion for a while now.

The four-time Tour winner is on the cusp of a negative scoop: he will set the lowest overall finish for a former Tour winner.

Froome, who had a hard crash in 2019, is currently 134th in the overall standings.

Greipel announces retirement as a cyclist

Sad news from the peloton.

André Greipel announces before the time trial that he will stop cycling after this season.

The 39-year-old sprinter of Israel Start-Up Nation can look back on an impressive career, in which he won, among other things, eleven stages in the Tour de France.

Initially, Greipel, who last won a stage in a Grand Tour (Giro) in 2017, would continue until 2022, but the 'Gorilla' will surrender his contract after this season.

For Wilco Kelderman it is an important day in this Tour de France.

The Dutchman has to make up for a 32-second gap on Ben O'Connor to take over the Australian's fourth place in the general classification.

Kelderman can look back on a great Tour de France anyway.

So far, a 32nd place was his best finish in the biggest race in the world.

Besides the classification riders and the Dutch, there are also a few time trial guns that are waiting for the stage victory.

Here are their start times:

These are the start times of the Dutch and classification riders:

The first rider has been shot off the starting podium in Libourne.

It is the Belgian Tim Declercq, a pure speed rider.

The question is whether he can set a fast first time.

After this, Cees Bol rolls off the stage.

The Tour de France is nearing its end.

Today the last serious stage is on the program, a time trial over 30.8 kilometers from Libourne to Saint-Émilion.

The overall victory of Tadej Pogacar does not seem to be in danger in the mostly flat race against the clock, but it will be interesting whether Wilco Kelderman can push through to fourth place in the standings.

In five minutes the first rider will start in Libourne.