Alonso and Ocon's swing: why does one go up when the other goes down?

In just one month, everything has turned black for Esteban Ocon, one of the most talented drivers in F1. Since last June 16, when he signed his multi-year renewal with ... 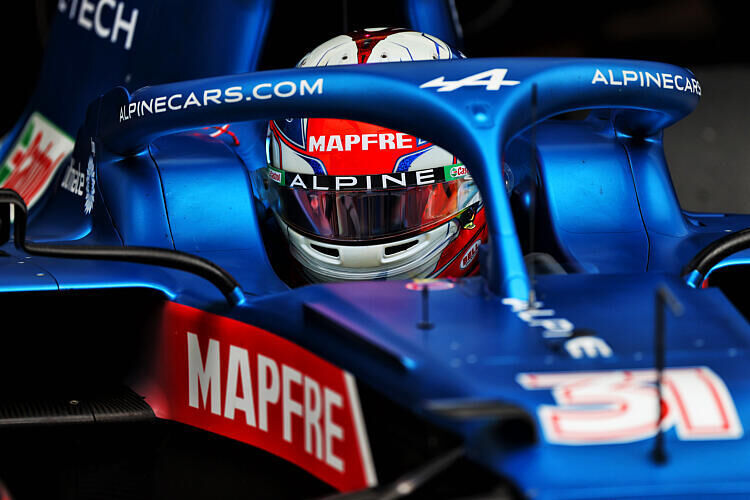 In just one month, everything has turned black for

, one of the most talented drivers in F1. Since last June 16, when he signed his multi-year renewal with Alpine, the Frenchman did not add a single point in three races, while

has multiplied his performance, with four consecutive appointments in the

. The outlook for Ocon has become so clouded that Alpine will make "extensive changes" to its A521 at Silverstone, including a new chassis. Underneath all this question raises the question of whether the situation of Ocon is only attributable to his car or is due, in fact, to his lack of arguments against the two-time world champion.

Ocon's step back was going to be starkly reflected in the Red Bull Ring, the shortest track in the 2021 World Cup, where he rolled half a second slower than the Asturian. Not only was it 24 hundredths during the Styrian GP, ​​but a week later, at that same circuit, he delivered 96 during Q1 of the Austrian GP. "Esteban had two difficult races and we are still investigating whether there were technical reasons behind it,"

. "We are working to ensure that he can return to his early season performance and this weekend is the perfect opportunity to do so," added the Pole.

For the past two weeks, Ocon has been working tirelessly with the Enstone factory engineers for solutions.

The chassis change seems one of the most radical, given that after nine races, no team has dared to do something similar.

Not even McLaren with

, despite the Australian's poor results at the controls of the MCL35M.

The most surprising measure was the one introduced by Mercedes, which during the French GP exchanged the chassis of

, due to the downturn of the Finnish driver.

Of the defect, virtue

The emotional question, precisely, seems key in the case of Ocon, who has been offering a defeatist profile in recent weeks.

His visible resignation to the limitations of the Alpine has contrasted with Alonso's fierce spirit, determined to extract the maximum from the A521 and adapt it to his driving style.

Esteban's lack of confidence has been evident in his way of drawing the curves, with too many doubts in the face of the whiplash from the rear of the A521.

Alonso, who took five races to measure the car, has adapted to this defect.

And not only that, but he even seems to feel comfortable with it.

This is somewhat reminiscent of what he experienced during his last season at McLaren, when

was unable to find the speed of the MCL33.

What happened with the Belgian, who conceded a 21-0 against Alonso in the qualifying sessions of the 2018 World Cup, should be a spur for Ocon, thirteenth in the World Cup table, only ahead of

At 24 years old, with three more seasons at Alpine, his figure would be too much in evidence in a similar situation.

In the face of any eventuality, Alpine has preferred to heal in health.

"We want to remove any doubts, so we have decided on these comprehensive changes at Silverstone," concluded Budkowski.

It remains to be seen if this unexpected outlay, in times of salary cap, has been worth it.

Formula 1Alonso takes command at Alpine: "I can go happy"

Formula 1 Who is Michael Masi and why has Fernando Alonso been so angry?