Gets pressured to play in bikini bottoms: "Embarrassing and hopeless"

The Norwegian women's national beach handball team wanted to protest against the controversial rule of playing in minimal bikini bottoms during the European Championships. They were then threatened with punishment for high fines and disqualification, writes NRK. - It is so embarrassing and hopeless, completely "good night", says the Norwegian Handball Association's chairman Kåre Geir Lio to NRK. 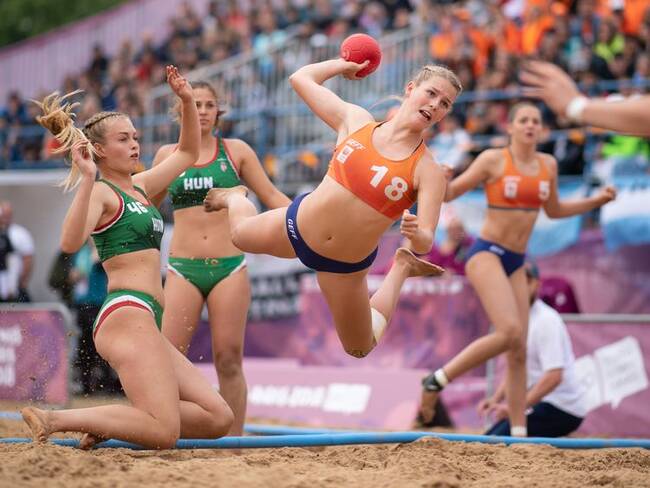 Earlier this year, the Norwegian Beach Handball Association raised the issue of the controversial dress code for female players.

Which Sweden stood behind.

“Women should wear a bikini where the top should be a tight-fitting sports bra with deep necklines at the arms.

The panties must not be more than ten centimeters on the sides ", it says in the regulations today.

The Norwegian team wanted to demonstrate against the dress code during the European Championships and sent in an application to play in thigh-length tights.

As it is contrary to the rules on trust size, Norway would be fined.

The Norwegian team was willing to pay, but got a shock just before the start of the first match when they found out that the penalty suddenly became harsher.

We said okay to that.

Then we were threatened with interest per match and more non-specific penalties.

Just before the match we were told that we will be disqualified if we play with that outfit.

So then we are forced to play with panties, says team captain Katinka Haltvik resigned to NRK.

"It is so embarrasing"

The team captain finds it strange that their protest is no longer approved - given the promised rule change.

- It's so embarrassing and hopeless.

We are happy to pay the fine if that was what it was about.

Here, the team has our full support, says Kåre Geir Lio to NRK.

The EHF's spokesman tells NRK that a commission will look at the changes in the law and present a proposal.

But Lio believes that nothing will happen - despite pressure.

- We have contacted them and worked for this for several years.

We have raised it at the congress and we have been promised that this will be sorted out.

It's just sad for the ladies to have to deal with this, says Lio.

Lio says that Sweden, Denmark, France and Norway will now send a letter to the EHF to try again to bring about a change in the regulations.