The Swedish Olympic stars are nobbing the inauguration

Olympic inauguration on July 23. Then both the Swedish swimming team and the women's national football team choose to abstain. - It does not feel smart, says Ulrika Sandmark, the national captain in swimming. 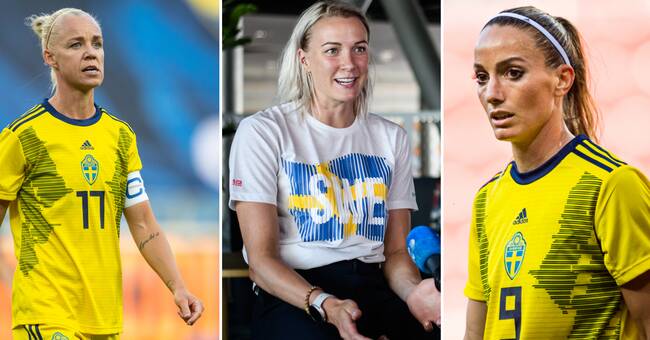 Sarah Sjöström and the rest of the Swedish swimmers begin their hunt for Olympic medals on July 24, the day after the inauguration at Tokyo's Olympic Stadium.

With that in mind, you choose not to attend the inauguration.

- We have not received any information about what applies with the Olympic inauguration, but it is still not interesting because almost everyone starts swimming the next day, says Ulrika Sandmark.

Partly it takes a lot of energy, partly in this situation when everything else is so strict, I do not think it feels smart, says Sandmark.

Starts playing before the inauguration

The same applies to the Swedish football ladies.

Sweden premieres against the USA on July 21 and the day after the Olympic opening, they meet Tony Gustavsson's Australia in the second group game.

In Tokyo, there is also an emergency until August 22 due to a high spread of infection, and the Olympic athletes will live and compete under rigorous restrictions.

- The situation in the world is very different.

It is almost as if you are prepared for everything and I think it is important that you are.

That you are careful and take care of others.

I think everyone who comes to Japan will be.

Sets it for SOK

The offers are bad news for the Swedish Olympic Committee in the hunt for a flag bearer for the inauguration.