Chinanews client, Beijing, July 9th (Reporter Yue Chuan) After a year's delay, the Tokyo Olympics, which had been in a difficult situation, will finally be unveiled on July 23, local time. After five years of waiting, as the highest palace in the field of sports, and at a special moment in history, this Olympic Games is bound to resonate the world at the same frequency.   Starting today, Chinan 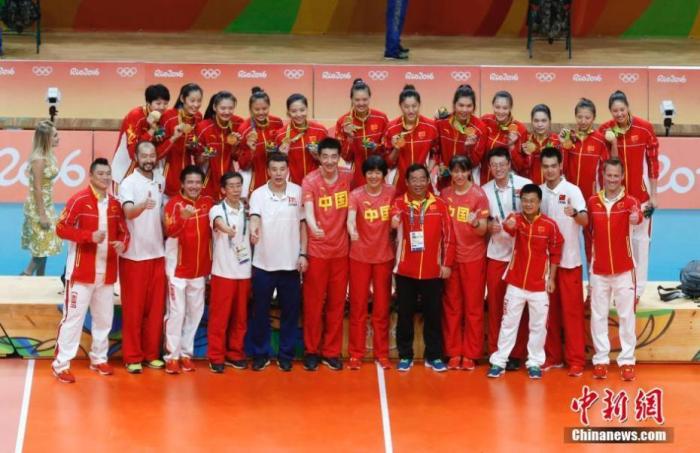 Chinanews client, Beijing, July 9th (Reporter Yue Chuan) After a year's delay, the Tokyo Olympics, which had been in a difficult situation, will finally be unveiled on July 23, local time.

After five years of waiting, as the highest palace in the field of sports, and at a special moment in history, this Olympic Games is bound to resonate the world at the same frequency.

Starting today, Chinanews.com will launch a series of forward-looking columns "Tokyo Point", aimed at helping the audience to have a general understanding of the advantages and potential breakthrough points of the current Chinese sports delegation.

In the first column, let us focus on the "three big balls" with a high degree of attention.

The "Three Big Balls", namely football, basketball and volleyball, are all ball games that are popular among sports fans and have a broad mass base around the world.

The traditional "three big balls" refer to the six national teams of men and women (football, basketball, volleyball), but there are also events for beach volleyball on the Olympics.

In addition, starting this year, three-person basketball will join the Olympic family as an independent event.

As the representative of China's "three big balls", the Chinese women's volleyball team won three Olympic titles, and they will go to Tokyo as the defending champions.

At the 2019 Women's Volleyball World Cup awards ceremony, the Chinese women's volleyball team climbed onto the highest podium in the World Cup and achieved the feat of ten championships in three major competitions.

Among them, the first 7 are members of the Rio Olympic champion team, and the last 5 have gradually gained a foothold during the Tokyo Olympic cycle.

In the position of a free agent that has received much attention, Wang Mengjie forced Lin Li to be selected as the best free agent in the Rio Olympics.

In the 2018 World Championships, the Chinese women's volleyball team lost to Italy in the semifinals and finally won the third place.

In the 2019 World Cup where the timeline is closer to the Tokyo Olympics, the Chinese women's volleyball team won the championship with a record of victory.

In the World Women's Volleyball League that just ended in June this year, the Chinese team after the return of the main force ended with a wave of seven consecutive victories.

40 years ago, the Chinese women's volleyball team with Lang Ping at the core won the World Cup in Japan. It was the first world championship title belonging to China's "Three Big Balls".

40 years later, Lang Ping led his team to return to Japan, achieving the Olympic Games defending is the goal of the Chinese women's volleyball team.

The trip to Tokyo of the women's three-person basketball team has also attracted much attention.

In the women's final of the 2019 FIBA ​​Three-player Basketball World Cup, the Chinese women's team won the championship with a record of 7 straight victories, which was also the first world championship in Chinese basketball history.

However, due to injuries and other reasons, only Zhang Zhiting in the World Cup winning lineup is currently listed as the main player in the Olympic roster.

In this project, the remaining teams qualified for the Tokyo Olympics also include Russia, France, the United States, Italy, Mongolia, Romania and the host Japan.

Since there are only 8 Olympic tickets in total, the promotion team cannot be underestimated.

Among the 8 teams, the Chinese team is strong, and they have the opportunity to be on the podium and even achieve better results.

For the team, Serbia, Russia, Poland, the Netherlands, Belgium, Latvia and other six European powerhouses, all can be regarded as difficult bones.

Among them, Shao Ting, Sun Mengran and Huang Sijing have participated in the Rio Olympics, and the inside "Twin Towers" Han Xu and Li Yueru are the key to whether the Chinese team can go further in Tokyo.

In the qualifiers, the Chinese women's basketball team, which had won all three games, advanced ahead of time and defeated the Spanish team, which is the favorite for the Tokyo Olympics and ranked third in the world.

While this has accumulated confidence for the team, it has also made the outside world have more expectations for this young team.

At the Olympics, the Chinese women's basketball team was in the same group as Australia, Belgium, and Puerto Rico and was signed.

The Chinese women's basketball team had twice ascended the Olympic podium before, including runner-up in the 1992 Barcelona Olympic Games, which is also the best record in team history so far.

On April 13, the second round of the China-Korea Women's Olympic Preliminary Match kicked off in Suzhou.

The Chinese women's football team, which led 2:1 in the first round, completed the reversal after falling behind 0:2 in the second round. In the end, they defeated their opponents with a total score of 4:3 after overtime and won the Tokyo Olympics tickets.

The picture shows the scene of the game.

Historically, the Chinese women's football team won the silver medal in the 1996 Atlanta Olympics, but the results in recent times have been unsatisfactory.

If "Clang Rose" wants to hit the quarterfinals, the first battle against Brazil is not to be missed.

In addition, two pairs of women's sand volleyball teams are nominated for the Tokyo Olympics.