Now it is clear that SVT will broadcast from the European Championships in volleyball - where Sweden's women's national team qualified for the first time in 38 years. - It feels incredibly fun to broadcast a European Championship in volleyball again, especially with this exciting national team led by world star Isabelle Haak, says SVT's sports director Åsa Edlund Jönsson. 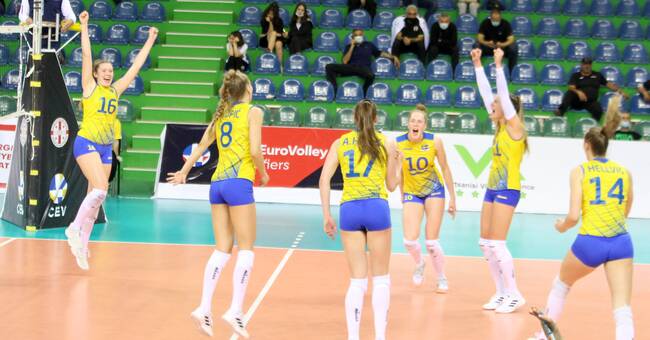 The European Championships will be decided between 18 August and 4 September in four locations around Europe.

Sweden will play its group game in Romania and in addition to the host nation, Sweden will face Turkey, the Netherlands, Ukraine and Finland.

The four highest ranked teams from each group, a total of four groups, qualify for the playoffs.

SVT shows all of Sweden's matches plus the semi-finals and final.

- Many remember, or have heard of, Sweden's European Championship silver in the Globe in 1989 when there really was volleyball fever.

It is not possible to have such hopes now, but we saw a really big interest in the Swedish women's national team during the qualifiers in May and a playoff spot can definitely be within reach, says Åsa Edlund Jönsson, sports director of SVT.

Serbia has won the European Championships the last two times, 2019 and 2017. Serbia is also the reigning world champion.