New yellow jersey for the Tour de France, Mathieu van der Poel (Alpecin) paid tribute to his grandfather Raymond Poulidor, who died in November 2019. Of him, the grandfather said: “it's my little ph… 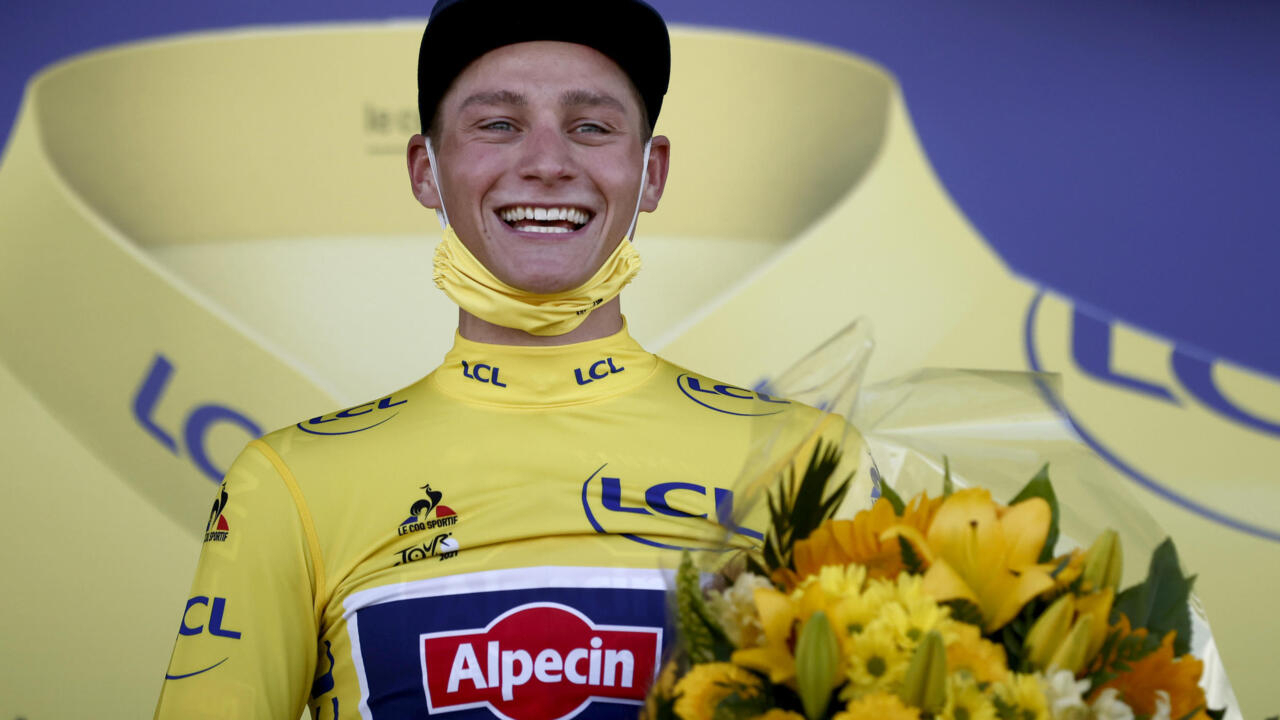 New yellow jersey for the Tour de France, Mathieu van der Poel (Alpecin) paid tribute to his grandfather Raymond Poulidor, who died in November 2019. Of him, the grandfather said: "

it's my little phenomenon

A phenomenon that also shines in cyclo-cross and mountain biking.

I imagine how proud he would be, it's a shame he's not here, but there's nothing we can do about it.

I would love to go to Paris if possible, and if that doesn't ruin my chances in the Olympic mountain biking event.

This is my first Tour, I told the team that I would like to finish, but it should not be just to finish and after being a draw at the Olympics

(July 23-August 8) ”, said the new leader of the Tour after his victory at Mûr-de-Bretagne on Sunday 27 June.

The six-time Dutch cyclo-cross champion, winner of the Amstel Gold Race, the Tour of Flanders, and the Strade Bianche, among others, asked about his chances of wearing the Yellow Jersey, never won by his grandfather Raymond Poulidor, had judged that the first stages would be "

Son of the former Dutch champion Adri Van der Poel, former yellow jersey of the Tour, winner of several great classics in the 1980s, Mathieu van der Poel left the road a few weeks after the Spring Classics to win a Cup round. of the mountain biking world.

I have been mountain biking since my childhood.

It has become a bit like a love relationship

, ”said the young man whose mother is one of Poulidor's daughters.

Mathieu van der Poel, 26, grew up in Belgium where he made a name for himself in the field of cyclo-cross, before breaking through on the road and in mountain biking. With a Dutch father, his notoriety in the Netherlands exploded by his own admission after his first major road victory, on the Amstel Gold Race in 2019. Slower than the sprint specialists, Mathieu van der Poel often builds his victories from afar, attacking a good distance from the finish line.

A classic runner, Raymond Poulidor's grandson has not yet had the opportunity to taste the “Hell of the North”, a race in which his grandfather distinguished himself. “

Paris-Roubaix is ​​one of the most beautiful races of the year, I rarely missed its broadcast on TV

I read that eighteen years ago, it was raining in the 'Hell. It makes the race even more heroic and the technique on the bike becomes a decisive factor

Will Mathieu van der Poel finish the Tour de France which ends five days before the opening ceremony of the Games?

I would love to go to Paris if possible.

And if that doesn't ruin my chances in the Olympic mountain biking event.