Grandson of Poulidor, Mathieu Van Der Poel won Sunday the second stage of the Tour de France 2021. Thanks to the time bonuses, he also recovers the yellow jersey held by Julian A… 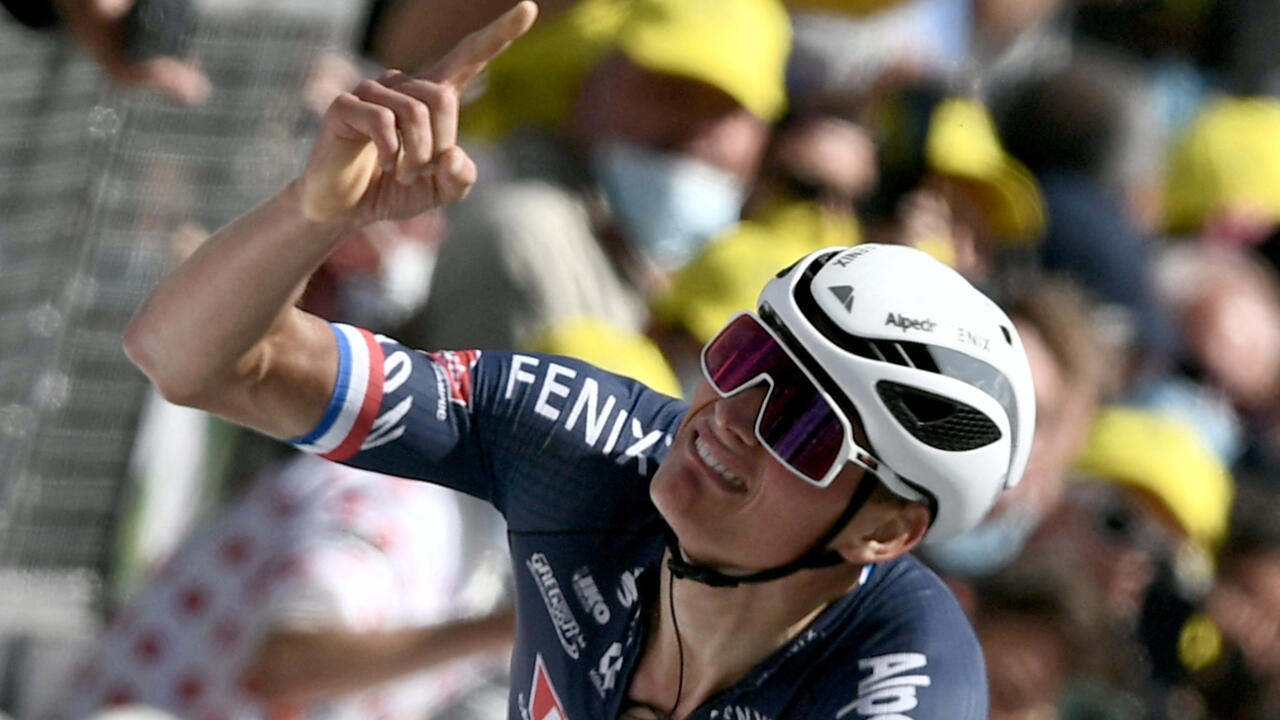 Passing the line, he raised his finger very high in tribute to his grandfather, the cycling champion Raymond Poulidor, who died in 2019. The Dutchman Mathieu Van Der Poel has therefore accomplished what his grandfather had never achieved: s 'impose on Mûr-de-Bretagne during the 2nd stage of the Tour de France.

He takes down the yellow jersey.

At 26, van der Poel made a resounding debut: he beat the Slovenian favorites on the Tour by 6 seconds, holding him Tadej Pogacar and last year's runner-up Primoz Roglic.

"I thought of course of my grandfather"

"I thought of course of my grandfather when crossing the line," responded the Dutchman, in tears, his face in his hands, thinking of the former French champion who died in November 2019.

What did you think when crossing the line?

"I thought of my Granddad of course" ♥ ️

What did you think about when you crossed the line?

"To my grandfather of course" ♥ ️ # TDF2021 pic.twitter.com/V4uieKoQIv

To seize the symbolic jersey of the Tour, the Dutchman from Alpecin-Fenix ​​attacked twice.

The first time to win the 8 seconds bonus at the top of the first climb of the Côte de Ménéhiez, the climb of Mûr-de-Bretagne (Côtes d'Armor).

The second time to win the stage.

He excels as much on the road, winning classics, as in cross-country mountain biking, the discipline in which he will seek to win the gold medal at the Tokyo Olympics this summer.

The day after the big falls of the first day, the breakaway of the day (Pérez, Theuns, Clarke, Koch, Schelling, Cabot) was launched in the first half hour of the race.

Between sun and rain, the Belgian Edward Theuns and the French Jérémy Cabot continued the adventure in the last 70 kilometers but the peloton returned before the first ascent of Mûr-de-Bretagne, at the entrance of the last 20 kilometers.

In the provisional general classification, van der Poel is 8 seconds ahead of the previous wearer of the yellow jersey, Julian Alaphilippe, 5th on the stage.

Monday, the sprinters find for the first time a ground to their advantage.

The third stage, 182.9 kilometers long, links Lorient and Pontivy (Morbihan) for the penultimate day in Brittany.