The best of Sainz and Alonso, when it was most needed in Paul Ricard

Carlos Sainz and Fernando Alonso, with a new car in their hands, had been suffering the rigors of Saturdays. In six rankings, they had barely been able to hold up against ... 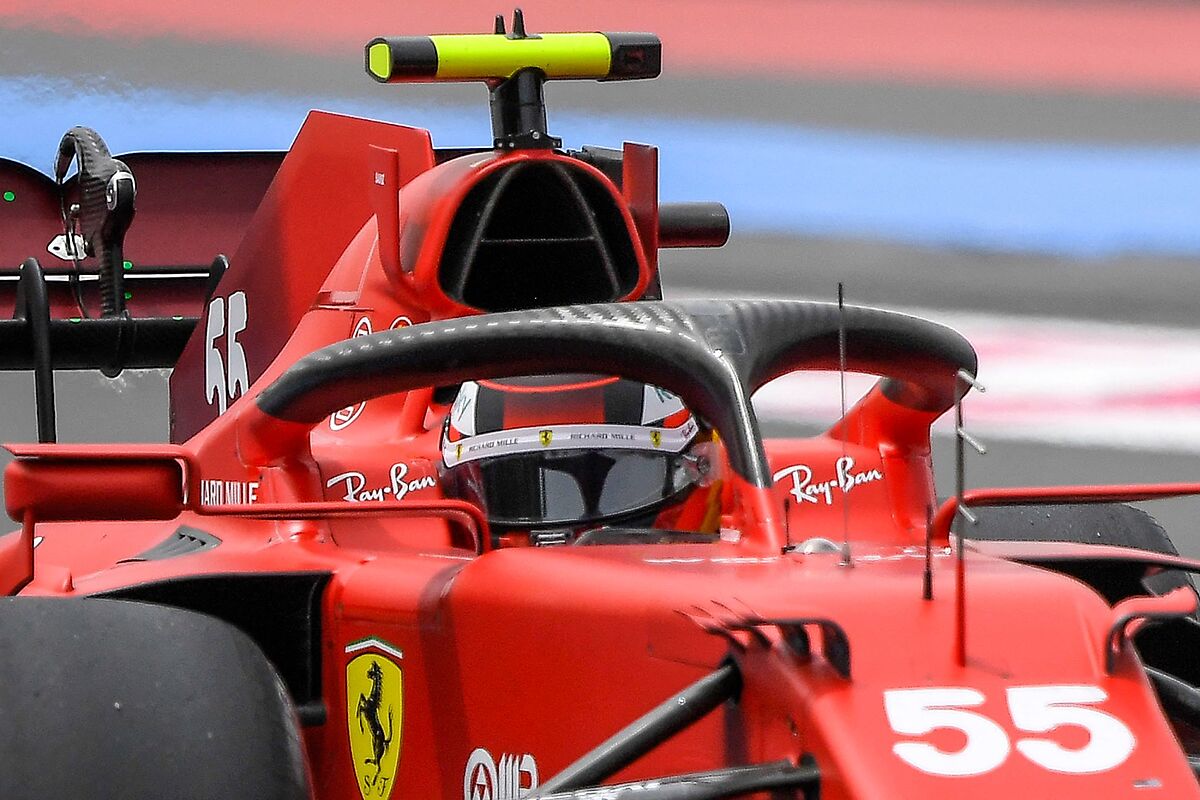 , with a new car in their hands, had been suffering the rigors of Saturdays. In six qualifiers, they had barely been able to hold their own against

, whose previous baggage was palpably felt in one-lap speed. This trend, however, took a turn at Paul Ricard, where the Spanish took over the leadership of Ferrari and Alpine. Special mention for the Madrilenian, only surpassed by Red Bull and Mercedes. Being the

best of the rest

represents the best guarantee for your immediate future.

"It was probably my best ranking of the year," Sainz admitted in the mixed zone, gauging the meaning of each word.

This fifth place on the grid, three behind what was achieved in Monaco, leaves an even sweeter aftertaste, given the technical difficulties he has had to face.

At Paul Ricard, where the SF-21 cannot unleash its traction in the slow zones and struggles to balance itself in the widest corners, Carlos finally found the inspiration to outrun Leclerc.

"I'm better understanding the tires on this car and adapting myself," he endorsed, aware that not even the most enthusiastic forecasts pointed to rolling here just four tenths of a point behind

Today, facing the threat of McLaren, which saves the best

of its Mercedes engine

, Sainz needs his most solid version at the wheel.

The one that has earned him a fame as a fine

There is reason to believe in his leadership ability when Leclerc falls short or, like yesterday, fails to engage in the car's understeer.

The only joy on Saturday for the

was going to the podium to congratulate his brother

"The best of the car"

The severe gesture of

contrasted with the satisfaction in the

of Alpine, where Alonso begins to record his tremendous category. Starting today ninth is not a singular achievement, but the ease with which he begins to develop within the A521 does invite hope. "We've gotten the most out of the car," he explained yesterday, downing a drink against the sweltering heat. Feeling comfortable with the medium tires, squeezing the engine without fear of breakage and navigating firm with that power steering that until now only gave annoyances, are some keys to its undoubted progression.

And it is that only two weeks ago, the withdrawal of Ocon in the GP of Azerbaijan had spread very bad omens in the garage of Alpine. Alonso complained during the race of electrical problems, but his partner could not even last three laps. Although no one specified the specific cause of the breakdown, many pointed to the exhaust system, the workhorse from the start of the course. It should be remembered that this year, the FIA ​​has added the exhausts to the list of limited-use components, so that only eight are allowed in 23 races. At the moment, Alonso has already changed this part five times, so he only has two left before a penalty that would relegate him to the back of the grid.

After analyzing the Baku data,

, the CEO in charge of technical development at the Enstone factory, decided to send a new engine to Paul Ricard. His goal was not an increase in power, but rather focused on reliability. It was necessary to end the fear that the engine would say enough, but also improve the race pace, the other serious deficit of the A521. Since the Portuguese GP, where the car offered its best performance, Alonso and Ocon not only fell far behind McLaren or Ferrari, but were also overtaken by Aston Martin and Alpha Tauri. This is not what I want. The objective is to finish at least fifth ", admitted

, CEO of the French team, seventh in the table.

Formula 1 Why is Carlos Sainz the one who has adapted best to his new car?