Euro-2021: between Spain and Poland, a draw that does not suit anyone

Spain and Poland did not manage to decide (1-1), Saturday in Seville, for their second match in Group E. This draw does not suit anyone, the two teams respectively pointing at the… 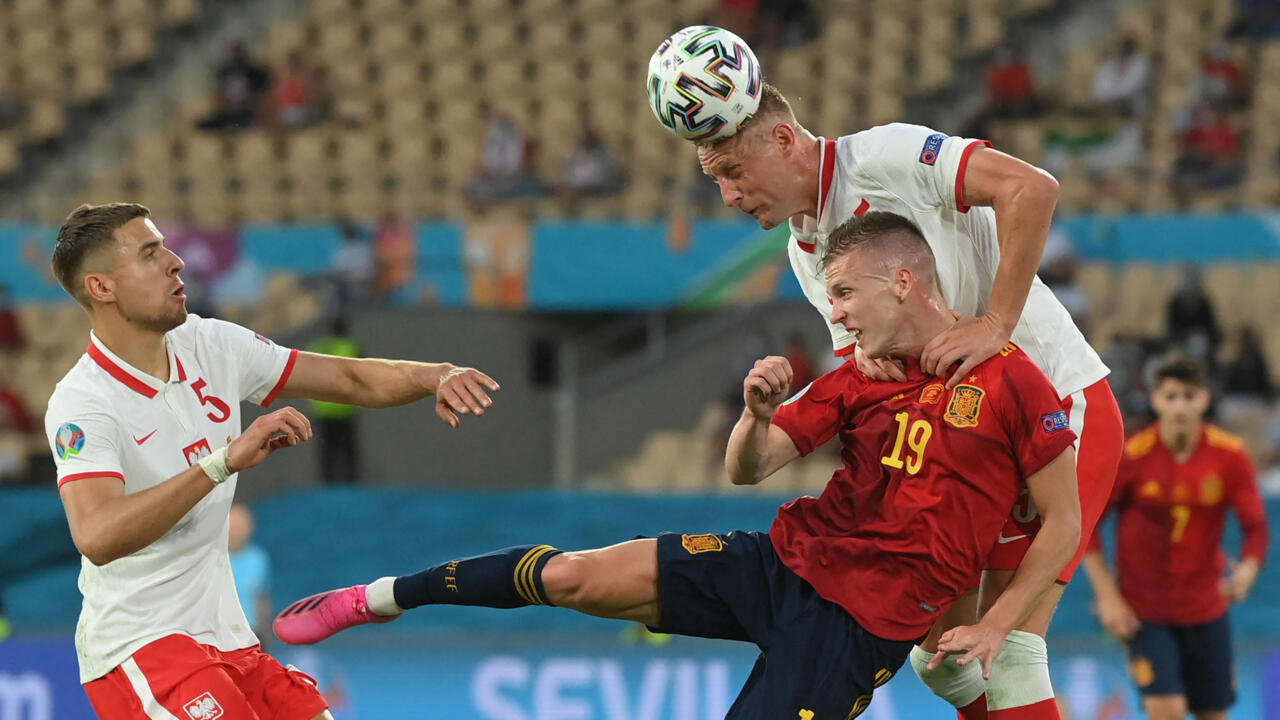 A score that does not put the two opponents of the evening in the best conditions before the last day of group E, where they will play their qualification.

The game starts with predominantly Spanish possession - over 75% over the entire first period. La Roja, as against Sweden, spins the ball without piercing the Polish defender. Opportunities are rare in the first quarter of an hour, even if Olmo tries a low strike near the Polish penalty area, well captured by Szczesny (10th). Previously, Poland tried their hand at an incursion into the Spanish camp with a strike from Klich at 20 meters which licked Simon's crossbar (6th).

The Spaniards multiply the overflows, like this center of Alba (18th) which would have deserved a better fate than a deviation for a corner.

In the process, Moreno sees his volley blocked on a cross delivered on the left side.

On the Polish side, the choice was made to wait for Roja with a compact defense of 9 players and with a Lewandowski ready to project in the event of a counter.

Spain is the siege of the Spanish surface, and Moreno tries from his left side to transplant in the axis to strike.

His apparently harmless shot suddenly turns into an assist when Morata takes advantage of this ball to deflect it into the Polish goal (1-0, 25th).

There followed a moment of hesitation on a possible offside of the Spanish striker, but the VAR finally validated the action.

On a nice Spanish move, La Roja gets a full-axis free kick at the entrance to the Polish area. Moreno rolls up from the left halfway up, the ball goes around the wall but passes flush with the Szczesny post (34 '). In the process, Poland tries a timid revolt with Zielinsi who, on a center of Lewandowski, propels the ball just above the cage of Simon (35th). But this is insufficient to worry their evening opponent. The second threat is more precise: Swiderski sends a strike at the entrance to the surface which hits Simon's post, then the Spanish goalkeeper, in the wake, must work to deflect a corner strike from Lewandowski who believed equalize (43rd).

Spain, meanwhile, has the opportunity to take off and return to the locker room with two goals ahead.

But the flat of Moreno's foot, served on a platter by Alba (45th), is not precise enough.

A turning point at the start of the second half

After the locker room, it is finally Poland who will equalize. On a cross from the right, the inevitable Lewandowski uncrosses his head which is lodged in the small net on the right of Simon, too short (1-1, 54th). Poland believe they have done the hardest part, but on the following action the score fails to switch again in favor of Roja. Moder hangs Moreno in the Polish area, and after viewing the video, the referee whistles a penalty that the Spanish striker from Villarreal sends over the post (58 '). The ball returns to Morata, who fails to frame.

Spain does not give up so far and always wants to be threatening, like this shot from Morata deflected for a corner by Szczesny (65th) or this free kick from Sarabia cleared of two points by the Polish goalkeeper (71st).

The defense of the Whites and Reds leaves generosity to the Spanish attackers.

The latter do not take advantage of the image of Torres, forgotten in the marking but who does not frame his head (73rd).

Poland does not project much, and the acceleration of Lewandowski against it ultimately gives nothing (77th).

In the last ten minutes, Spain increased its pressure to pocket the three points, but Morata (80th and 84th) could not achieve two dangerous balls in the six meters of Szczesny.

La Roja missed his chance and will play his qualification against Slovakia.