The new specification in his engine sent Max Verstappen flying at Paul Ricard, scene of his third pole of the year (1: 29.990), ahead of Lewis Hamilton, whose last ... 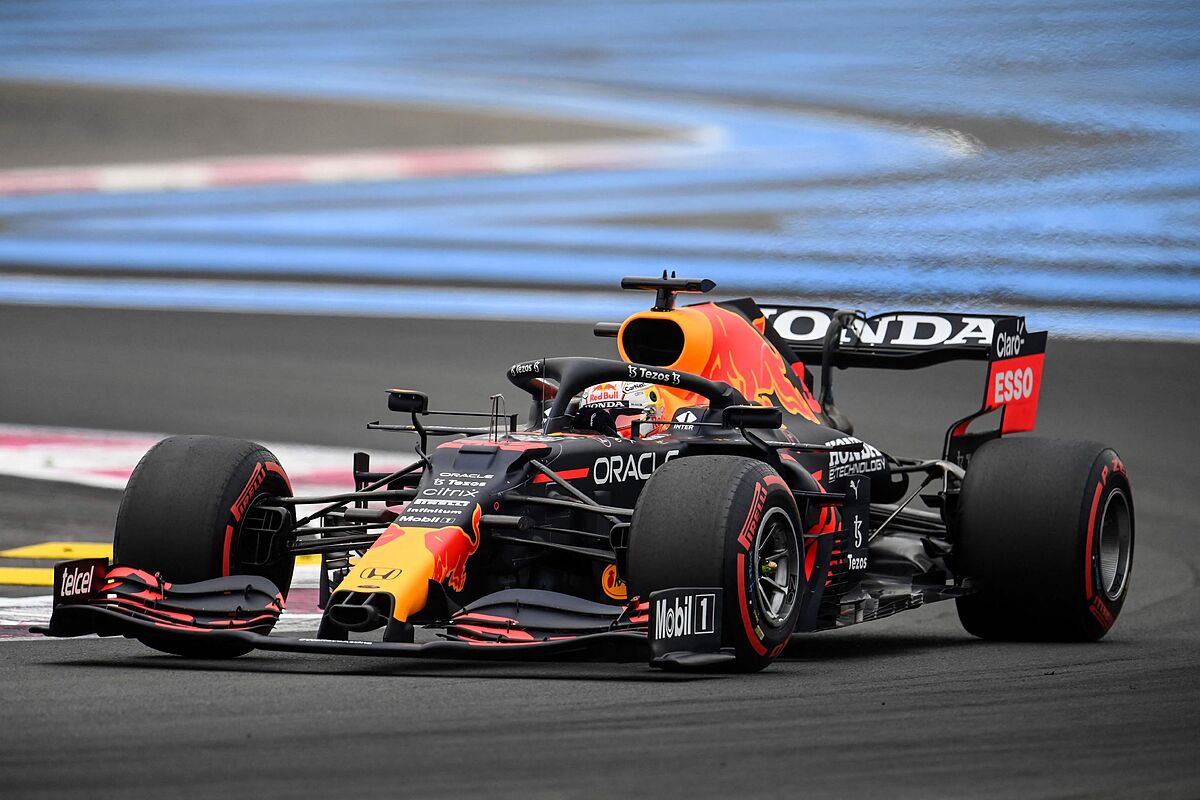 at Paul Ricard, the scene of his third

, whose last attempt was 25 hundredths behind the World Championship leader. Red Bull, who had taken risks with a lower downforce and a Sunday-focused setup, again dominated Mercedes, engrossed until the last minute in set-up changes on the Briton's car. On a leaden afternoon, marked by the instability of the wind,

took off with an outstanding fifth place, while

In the last session of the morning, Verstappen had already launched his warning with seven tenths of a margin over the Mercedes. And that setback must have taken its toll on

, who lingered until the last minute in the preparations for Hamilton's car. Because the exhibits of the Silver Arrows on this track (2018, 2019) should be considered as a strict matter of the past. The new winds of the World Cup are much more conducive to Verstappen, author of an

The other winner on Saturday was Sainz, who got the most out of the Ferrari at the least expected moment.

, who he dominated with complete authority - by almost four tenths of average - for the first time this season.

The fifth place, the best of the rest, is a reward as fair as it is unexpected.

Much better than Leclerc

Alonso, for his part, felt comfortable from the start in the Alpine, optimizing the performance of the intermediate tires.

The management of the tires for Sunday, where the hardest compound will take center stage, will be crucial for the Asturian in his fight for points against Ferrari and McLaren.

And it is that in Q2, when all the favorites bet on the medium tires, the estimates of Pirelli began to collapse, which considered them six tenths slower per lap.

Sainz demonstrated it with a fantastic time (1: 31.146, almost four tenths faster than Leclerc) and also Hamilton, once he was able to reach the ideal temperature.

Extracting that ideal performance was essential for Alonso, who had already complained about the understeer in the first sector. The Spaniard confirmed the good feelings on Friday (1: 31.549), also surpassing Ocon, who was eliminated earlier than planned. Despite a mess in

, McLaren reacted again, one more week, at the right time.

also deserved all the praise.

The French had to save the commitment of Alpha Tauri, who had lost

At the moment of approaching Turn 2, the Japanese stepped on a piano with cold tires and could not avoid the touch of the rear wing against the protections.

In just three minutes, a red flag and the inevitable abandonment.

With that loss, added to the mechanical setbacks of

, the fight for Q3 was very diluted.

The main point of interest was the crash of

at the exit of Turn 6. After seven races, the son of El Kaiser cleared the first step on Saturday.

However, disappointment over the incident seemed to weigh more heavily on his spirits.

Formula 1An unforgettable outcome after Verstappen's puncture: Victory by Pérez, clamorous mistake by Hamilton and great comeback by Alonso

Formula 1Leclerc takes the 'pole' and the accident;

Sainz will come out fourth