Chinanews client, Beijing, June 19 (Bian Liqun) The 9 o'clock in the evening of the European Cup is very friendly to Chinese fans, but because the arrangement is basically a relatively "chicken rib" game, it is not very friendly.   However, given that the game time period is very "gold", if there is no other arrangement, I believe most fans will still open the live broadcast, even if it is plac 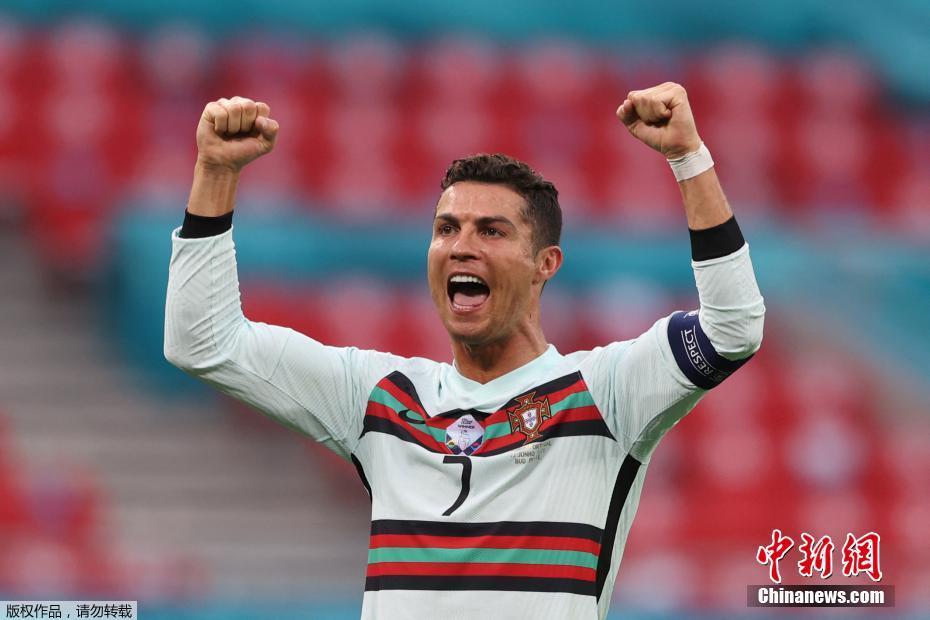 Chinanews client, Beijing, June 19 (Bian Liqun) The 9 o'clock in the evening of the European Cup is very friendly to Chinese fans, but because the arrangement is basically a relatively "chicken rib" game, it is not very friendly.

However, given that the game time period is very "gold", if there is no other arrangement, I believe most fans will still open the live broadcast, even if it is placed there as a background sound.

On the evening of the 18th, Beijing time, the match between Sweden and Slovakia was 1:0. On the surface, it was an unremarkable matchup. This game was "uglier than the Chinese Super League" by the fans. …

This European Cup wants to watch a strong team like Portugal at 9 o'clock in the evening without staying up late, which is more difficult to achieve.

In this European Cup, there are not few Chinese elements. In addition to the logos and advertisements of Chinese sponsors that can be seen everywhere on the field, there are also 8 players with resumes in the Super League.

The match between Sweden and Slovakia directly staged an alternative Chinese Super derby. Dalian's foreign aid center defender Danielson and former foreign aid star Hamsik made the first matches on behalf of the two teams. This is still a rare situation in the European Cup.

Perhaps the two are too familiar with each other's technical characteristics. Hamsik, who served as a central midfielder in this campaign, chose to play against another Swedish central defender-Lindelof, who played for Manchester United in the Premier League.

But even if there is no direct match-up, there is no shortage of one-on-one images between Danielson and Hamsik.

In the 34th minute, Hamsik broke into the penalty area and was resolved by Danielson. This was an added highlight to this very "Chinese Super League" game.

Judging from the game, the presence of the two players is really not low.

For most of the first half, the Swedish team continued to oppress the Slovak team, so that central defender Danielson regularly organized the ball in the center and back, and even rushed to the center and front to score the ball.

In the corner kick attack, Danielson is often given a picture.

In the second half of the first half, Slovakia formed an offensive. As the captain, Hamsik assumed the role of the core of the frontcourt organization and also had a few threatening passes and shots.

In the second half, Hamsik disappeared under Sweden's intensive defense, and was eventually replaced in the 77th minute.

But Danielson still maintained a full sense of presence, continued his stable performance against Spain on the defensive end, and at least resolved the Slovak team's 3 threatening shots and key passes.

Before the Swedish team Fosberg shot to break the deadlock, Danielson had another chance to score in the corner kick, but it was a pity that he played slightly higher. As a central defender, he also retains the attributes of a "shooter" in the Swedish national team...

Danielson's "shooter attribute" was given to the Super League this season. Several other foreign players in the Dalian team have not returned due to the epidemic, and only Danielson is on the team.

In the first four rounds of the game, the two goals that the Dalianers scored were scored by central defender Danielson and became the team's top scorer.

Being selected for the Swedish national team this time is actually inseparable from Danielson's performance in the Super League, which is also very gratifying.

Danielson (left) and Hamsik in the game.

Looking back on Danielson's resume in the national team, the increase in the number of appearances for Danielson came from 2020, and he gradually occupied the main position.

It was also that year that Danielson came to the Chinese Super League to join the Dalianers, and his role in the team was increasing.

In the first two group matches of this European Cup, Danielson all served as the starter and played with Manchester United defender Lindelof for the full game, which is enough to show that Sweden coach Andersson recognizes his ability.

In the 0:0 Spain match in the first game, the pair of central defenders completed a total of 19 clearances, of which 10 were completed by Danielson, the highest in the team.

The Swedish team was able to draw against the Spanish team with only 15% possession rate, and Danielson contributed a lot.

Data map: Carrasco in the game.

In addition to Danielson, there are many players with CSL résumés in this European Cup, such as Carrasco and Witsel of the Belgian team. The former replaced the poor Hazard in the national team as the starter and also played in La Liga. Become one of the heroes of Atletico Madrid's championship, the latter suffered an injury this season, but before the injury was the absolute main force of the Dortmund midfielder.

Portugal’s Fonte and Turkey’s Irmaz are also former Chinese super foreign aids. Together with Lille, they defeated Paris Saint-Germain and won the Ligue 1 championship this season. Together with Hamsik, and currently playing for Shanghai Harbour The Austrian international Anautovich, the Swedish national team's Danielson and Svensson, have a total of 8 places.

To a certain extent, Danielson's integration of China and the level of investment in the team is much higher than that of some big-name foreign players.

In the post-Jinyuan era, foreign aid such as Danielson will surely become the mainstream of foreign aid for Chinese Super League teams.

At present, the Swedish team has 1 win, 1 tie and 4 points in two games, and is temporarily ranked first in Group E. There is no much suspense to win a group qualifying place.

It is reported that the Chinese Super League will restart in mid-to-late July. As a result, it is very likely that Danielson will miss several Dalian games in the Super League.

But watching his own foreign aid represent his homeland team going on one by one, I believe it is also what most Dalian fans and Chinese Super League fans would like to see.