Rule can make for it for Olympic-chasing Delryd: "A misconception"

Fabian Delryd, 24, has found the form just right for the Olympics, but lacks time to pass the qualifying limit. And the next competition, team EC this weekend, has rock-hard rules with a maximum of three demolitions - for the entire competition. - It is a misconception with the rules, says SVT sports expert Alhaji Jeng. 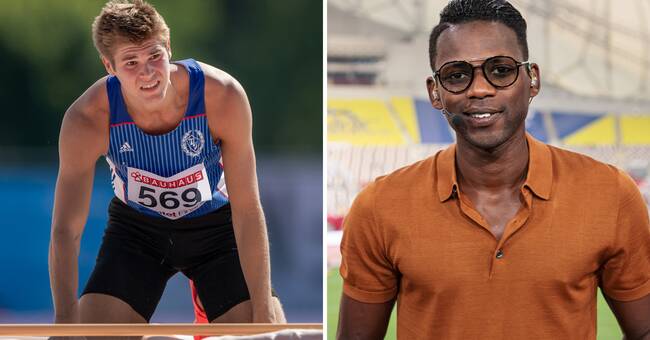 Fabian Delryd jumped 2.30 by a margin in Täby on Wednesday.

He also tried at 2.34, which had become the new personal best, but rev.

The qualifying limit for the Olympics is set at 2.33, but Delryd only has until June 29 to qualify for the championship in Tokyo.

First, the team European Championships in Romania await this weekend and then maybe a maximum of one more competition to succeed.

The challenge with team EC can be the odd rules.

In normal cases, a high jumper can afford to make two demolitions on each height, in team EC a maximum of three demolitions apply to the entire competition.

Athletics is a results-based sport.

Should he get some carelessness early on, it will be difficult.

When he is actually in party shape as well, says Jeng.

Athletics has also tried to renew the sport in the major competitions in the Diamond League and has experimented with what Jeng calls "Kalle Anka rules".

In DL, for example, Daniel Ståhl can break a world record in an early round but then throw shorter than a competitor in the final round and thus not win, despite the longest throw in the competition.

The rule in team EC with a maximum of three demolitions, however, is nothing new.

It was the same when Alhaji Jeng was active.

- Sometimes you are in party form but need to fight your way into the competition.

You may not find the timing, and tear.

In normal cases, you can sweep away the tears.

But now there are no margins for that.

- It is a misconception with the rules.

The risk is that the good results will not be forthcoming.

Think Delryd can reach the Olympics

After two less good seasons, Jeng thinks that Delryd seems to have found the form.

- He is back to the trend in 2018. He jumped incredibly well already now in Sollentuna.

He had a pretty aggressive height schedule then, so there is no talking about the attitude.

With 2.30, Delryd is the European fifth and eleventh in the world.