Brazilian football legend Pele praised his compatriot, striker, Neymar, after the latter led the Brazilian national team to its second consecutive victory in the Copa America, currently being held in Brazil. Like all things 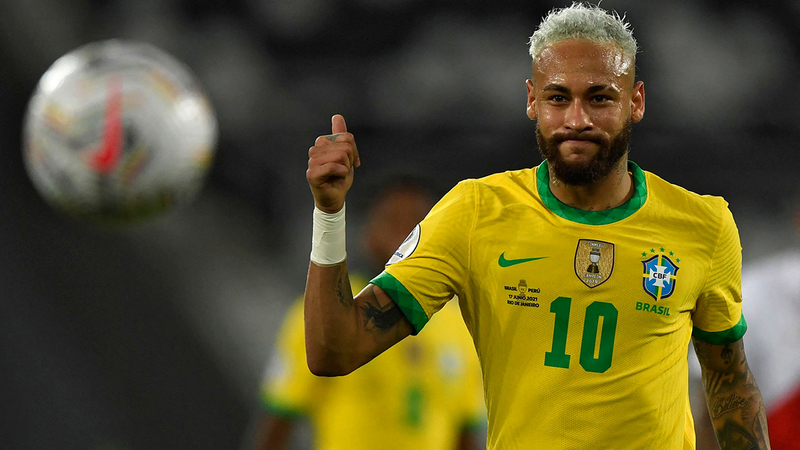 Brazil continues its perfect start and sweeps Peru by four

Brazilian football legend Pele praised his compatriot, striker, Neymar, after the latter led the Brazilian national team to its second consecutive victory in the Copa America, currently being held in Brazil.

"Like all Brazilians, I feel happy every time I see him (Neymar) play," Pele, 80, wrote on Instagram.

Neymar scored the second goal for the Brazilian national team in the match that beat its Peruvian counterpart 4-0, at dawn yesterday.

Pele explained that Neymar can reach the same balance of goals with the Brazilian team.

The top four teams in each of the two groups (out of five in each) qualify for the Copa America quarter-finals.

This victory is the ninth in a row for Seleção, who is leading Group B with six points from two matches, thus deciding his ticket to the quarter-finals, while Peru is in fifth and last place with zero points from one match.

The Brazilians ended the first half of the match with a clean goal, scored by Juventus back Sandro in the 13th minute, when he received a cross from Manchester City striker Gabriel Jesus, and hit it powerfully into the net from inside the penalty area.

In the second half, the samba team waited until the last 20 minutes of the review, and Paris Saint-Germain star Neymar crowned his effort with a goal in the 68th minute with a powerful long-range shot, which he put in the right corner of the goalkeeper.

Neymar's goal came minutes after the match referee reversed his decision to award a penalty to Brazil, after he resorted to the video assistant referee (VAR) technology.

In the last three minutes of the match, the Brazilians ended the match with two goals for substitutes Ribeiro (89) and Richarlson (90 + 3).

Prior to that, in the same group, Venezuela drew with Colombia, to take its first points in the tournament from two matches, and occupies third place behind second Colombia with four points.

The match witnessed brilliance from Venezuelan goalkeeper Volker Farines, who made great saves, especially in the last minutes in which Miguel Borja scored a goal that was canceled by the referee for offside.

Pele: "Like all Brazilians, I feel happy every time I see him (Neymar) play."