This weekend, the European Team Athletics Championships will be broadcast on SVT. Sweden sends an unusually weak squad without several Olympic jumps and according to SVT Sports expert Alhaji Jeng, the goal will be to stay in the second division. - Several who will compete in the Olympics are missing and in their absence it will be difficult to do anything but stay, he says. 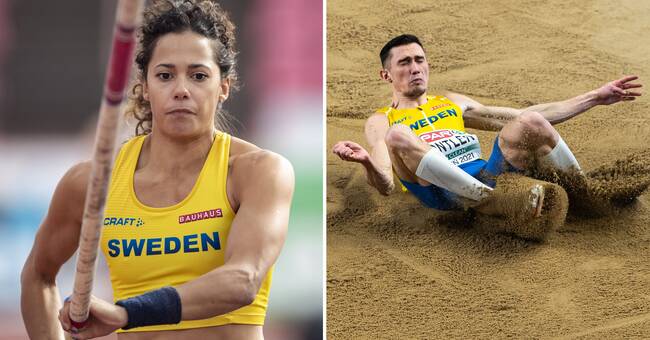 What is the team EC?

Much like Finnkampen but with many more nations and four different divisions.

The championship is decided every two years.

Sweden was relegated from the Super League (highest division) in 2019 and now competes in the First League (second division).

The two best teams advance to the Super League, the three worst go down to the Second League.

Ireland should have participated but withdrew suddenly, which probably means automatic relegation.

No Daniel Ståhl, Armand Duplantis, Fanny Roos, Andreas Kramer and so on.

Sweden usually has the best team, but this year, many, in consultation with doctors in the national team and SOK, have chosen to give up with regard to the Olympics.

- To have a sporting chance to qualify in the Super League, Sweden needs its aces.

Now it's time to stay in the First League that applies.

Angelica Bengtsson and Thobias Montler are the stars of the squad.

- Bengtsson is in very good shape.

Angelica is special, in a positive way.

In case of difficulty, she rises.

It will be like a turbo that kicks off, says Jeng after the sudden change of coach.

- Montler is in very good shape.

He is not in Olympic form yet but they are building his top form towards the Olympics where he should be at his best.

Just a matter of time before he jumps over 8 meters.

The high jumper managed 2.30 with air in Täby on Wednesday.

2.33 is the Olympic qualifying limit.

Team EC partly applies different rules than at championships such as the Olympics, WC and EC.

SVT Sports expert Alhaji Jeng is critical of the fact that, for example, a high jumper can only do three demolitions in total in the competition.

In normal cases, they can afford two demolitions per height.

- Sometimes you are in party shape but need to fight your way into the competition.

You may not find the timing, and tear.

In normal cases, you can sweep away the tears.

But now there are no margins for that.

- It is a misconception with the rules.

The risk is that the good results will not be forthcoming.