The French GP will see new TV graphics. The data is used by F1 and AWS to show viewers how drivers perform relative to their fleet. 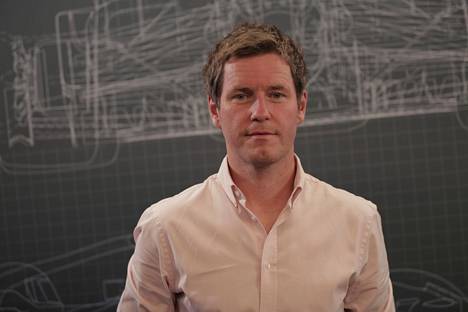 One drives a Mercedes, the other an Alfa Romeo.

Which of them did better and how much better could they have done with their own cars?

An example is two weeks ago of Azerbaijan GP time.

Now, at the French GP weekend, F1 and AWS (Amazon Web Services) are unveiling a new TV graphics (Driver Performance) that aims to open up to viewers how drivers perform relative to others, given the performance of their cars.

This is one of six new graphics that F1 and AWS will introduce this season.

- Fans always thought that when, say, Lewis Hamilton or Max Verstappen drive to the pole position, how well did the 12th place driver, for example, drive?

How good was Nicholas Latif's tour with his own equipment, for example, F1's data director Rob Smedley introduces Ilta-Sanomat.

The aim is to respond to this by means of technology, and in the future the comparisons of drivers' performances will be seen in television graphics.

The public data collected from the F1 Series stables, its own technical knowledge and vehicle modeling will be combined with AWS data analytics and machine learning.

- First you have to build really complex models, and then you have to be able to present the results in a simple format so that they are understandable to all fans.

We want to expand the viewing experience and add value to viewers.

One of the new graphics already introduced in the past has been the prediction of drivers ’performance over time seen after the third exercises.

The graphics have also been criticized.

For example, last race weekend in Baku, many wondered when Lewis Hamilton of Mercedes, which had a weak start to the weekend, was forecast to be the number one favorite for the pole position.

Rob Smedley is best remembered as Felipe Massa’s race engineer from Ferrari in 2006-13.

Smedley then worked at Williams until 2018. He entered the F1 series in 2019 at the initiative of Ross Brawn.

However, the forecast was surprisingly accurate.

Hamilton was, as it were, in the front row, in the second starting box.

Charles Leclerc took his place on the field.

- Artificial intelligence uses machine learning and understands through modeling what has happened in the past.

It understands more than just a snapshot, Smedley says.

- If you looked at the weekend, it seemed that it was difficult for Mercedes, but we have information on how the weekend will normally proceed.

The AI ​​also identifies what improvements the car has made from the first exercise to the second and third.

- Red Bull looked really strong on the pile in Baku.

We tried to tell you that it’s not worth shutting down the TV now and assuming Max has already taken care of it, because this is going to be really tight, Smedley tells IS.

Of course, with 100% certainty, nothing can be predicted - but that is not the intention.

- It's not mathematically possible.

And we’re not trying to tell the results until the right results are known.

It would also be completely boring if we knew the results in advance.

Read more: How can Valtteri Bottas get an extension contract for Mercedes?