Coke at the European Cup, what fun things do sports sponsors have?

Data map: Ronaldo celebrated the goal.   Chinanews.com client, Beijing, June 19 (Wang Hao) The European Cup has been kicked off for several days. Speaking of the most eye-catching thing in this game, the fans may be as precious as everybody-whoever scored again, whoever scored The record is broken. But for ordinary viewers who don't know much about football, the most out-of-the-loop topic may not 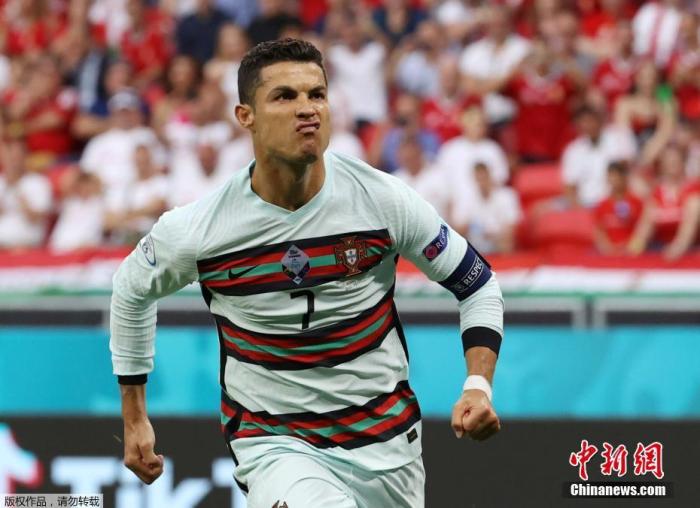 Chinanews.com client, Beijing, June 19 (Wang Hao) The European Cup has been kicked off for several days. Speaking of the most eye-catching thing in this game, the fans may be as precious as everybody-whoever scored again, whoever scored The record is broken.

But for ordinary viewers who don't know much about football, the most out-of-the-loop topic may not be the game itself, but the bottle of Coke at the press conference.

This also starts from the pre-match press conference of the Portuguese team and the Hungarian team. At the press conference, Ronaldo removed the Coke in front of him and raised mineral water to remind everyone that drinking water is healthier.

As soon as this happened, fans praised Ronaldo's self-discipline lifestyle.

In the subsequent games, Ronaldo led Portugal's 3-0 victory over Hungary with two dollars, which seems to indicate how good talent + self-discipline will be.

However, the Coca-Cola Company has become the biggest loser.

From the opening of the stock market that day to the end of the press conference, the market value of Coca-Cola once shrank by 4 billion US dollars.

Although this was not entirely due to Ronaldo's move to remove the Coke, it fell so badly...

The Coca-Cola Company's response to Ronaldo seemed more generous: "Everyone has the right to choose their favorite drink."

However, the Coke turmoil is far from over.

Are all the stars so skinny this year?

It is estimated that the sponsors’ inner thoughts after seeing this scene are: refund!

Of course, some people did the opposite. The Ukrainian captain Yarmolenko moved all the Coke beer in front of him at the press conference, jokingly said: (brands) can contact me!

At this point, the impact on Coca-Cola has gradually begun to be positive. After all, sponsors are engaged in eyeball economy, and it is a good thing to attract attention.

As a sponsor who is keen on sports marketing, the story that happened to Coca-Cola is more than this one.

In 2012, Coca-Cola and its spokesperson Ronaldinho terminated their contract in advance. According to media reports, the fuse was because Ronaldinho took a sip of Pepsi in public...

The marketing competition between the two major cola giants has lasted for many years. Now the spokesperson of Coca-Cola has "rebelled"?

It happened at the press conference where Ronaldinho joined Atletico Mineiro. There were two cans of Pepsi in front of him. According to media reports, he took a sip.

Data map: 2016 South American VS European All-Star football feast was staged in Chengdu, Ronaldinho warmed up before the game.

Of course, in the field of competitive sports, it is not uncommon for athletes to have conflicts between personal endorsements, collective endorsements, and event sponsorships, and Ronaldinho is not the first to misuse competing products.

Therefore, many fans questioned, if Ronaldinho was not a dilapidated, scandal-ridden, but still a beautiful world footballer, would Coca-Cola still be so decisive to terminate the contract?

Like Ronaldinho, there are many cases of financial losses due to negligence on the details of sponsored brands.

In the CBA League last season, the defending champion Guangdong ended its 12-year naming cooperation with Bank of Dongguan.

The original jersey with the words "Dongguan Bank" has become history. Unexpectedly, the momentary negligence of foreign aid Marshan Brooks has solved a long-standing question of many fans...

In the match between Shanxi and Guangdong, Ma Shang impressively wore an old version of the jersey and "frightened" the staff.

In the end, the staff covered the name of the sponsor behind his jersey with black tape, and Ma Shang finished the game wearing such a jersey.

This time Ma Shang's negligence not only helped the sponsors draw a wave of attention, but also answered a question-do the players throw away their jerseys after they are worn?

The answer is not. Not only is it not thrown away after wearing it, some people even keep the jerseys from last season. Who reads it but doesn't say a word about diligence and frugality?

(Although he was fined 20,000 yuan as a result of his diligence and thrifty housekeeping)

Generally speaking, when a brand sponsors sports events, teams, and individuals, most of them look for a certain degree of fit between them and the brand.

But there are also times when the crooked hit is right...

Last April, the takeaway platform Ele.me and the famous League of Legends team RNG started cooperation. On Ele.me’s app, you can see a group photo of RNG players.

As a team with a large number of fans, it was normal for RNG to use its own traffic to cooperate with Ele.me.

However, because RNG's performance last year was not good, many fans thought of "getting rice" the first time they saw this cooperation.

"Have dinner" is a popular buzzword commonly used by fans in the e-sports circle.

However, this year RNG won the LPL Spring Championship and the MSI Championship one after another without being favored by many people, which is faintly at its peak.

If there is a similar cooperation this year, I believe that "getting food" has become a thing of the past.

For sporting events, teams, and individuals, sponsors will also be selected, and the reputation of the brand must be taken into consideration.

But sometimes, when it comes to choosing sponsors, one has to bend for five buckets of rice.

In 2012, an amateur football club in Greece fell into a financial crisis. In order to survive, the team obtained sponsorship by advertising a local brothel on the jersey.

Club President Giannis Baziolas joked: “When I announced that the team’s current sponsor is a brothel, the players’ response was, wondering if there will be any rewards and additional rewards?”

Emma, ​​the team is going bankrupt, so why don't you think about it here?

Such "atypical" sponsorship was not uncommon in the Greek football world at the time. For example, other clubs were sponsored by funeral homes, and players were wearing black jerseys with crosses.

It can be seen that in many cases, sports and money are difficult to separate.

Sponsors do not only simple implants, but also provide financial guarantees for the development of sports.

Foreign media reported that after the successive occurrences of the Coke storm in the European Cup, UEFA has communicated with the teams and is not allowed to remove sponsor drinks at the press conference.

Perhaps Ronaldo’s starting point is good, but in such an event, the rights and interests of sponsors as participants should also be protected.

With the continuous development of commercialization of sports events, sponsors have become an indispensable part of it.

The anecdote generated by the sponsor can also be said to be another scenery outside the competition.

The charm of competitive sports is not only the bright moments on the field, but also the stories outside the field, which can see the life of this industry.

Will there still be "frictions" between players and sponsors at this European Cup?