Euro: "no concussion" for Pavard against Germany, according to UEFA

UEFA said on Thursday that French defender Benjamin Pavard had not suffered a "concussion". during the Blues' first match against Germany at the Euro after having suffered a violent shock. &amp; nbsp; &amp; quot; We had confirmation, by the France team, that he had no concussion &amp; quot; , explained Martin Kallen, director of Euro &amp; nbsp; football. 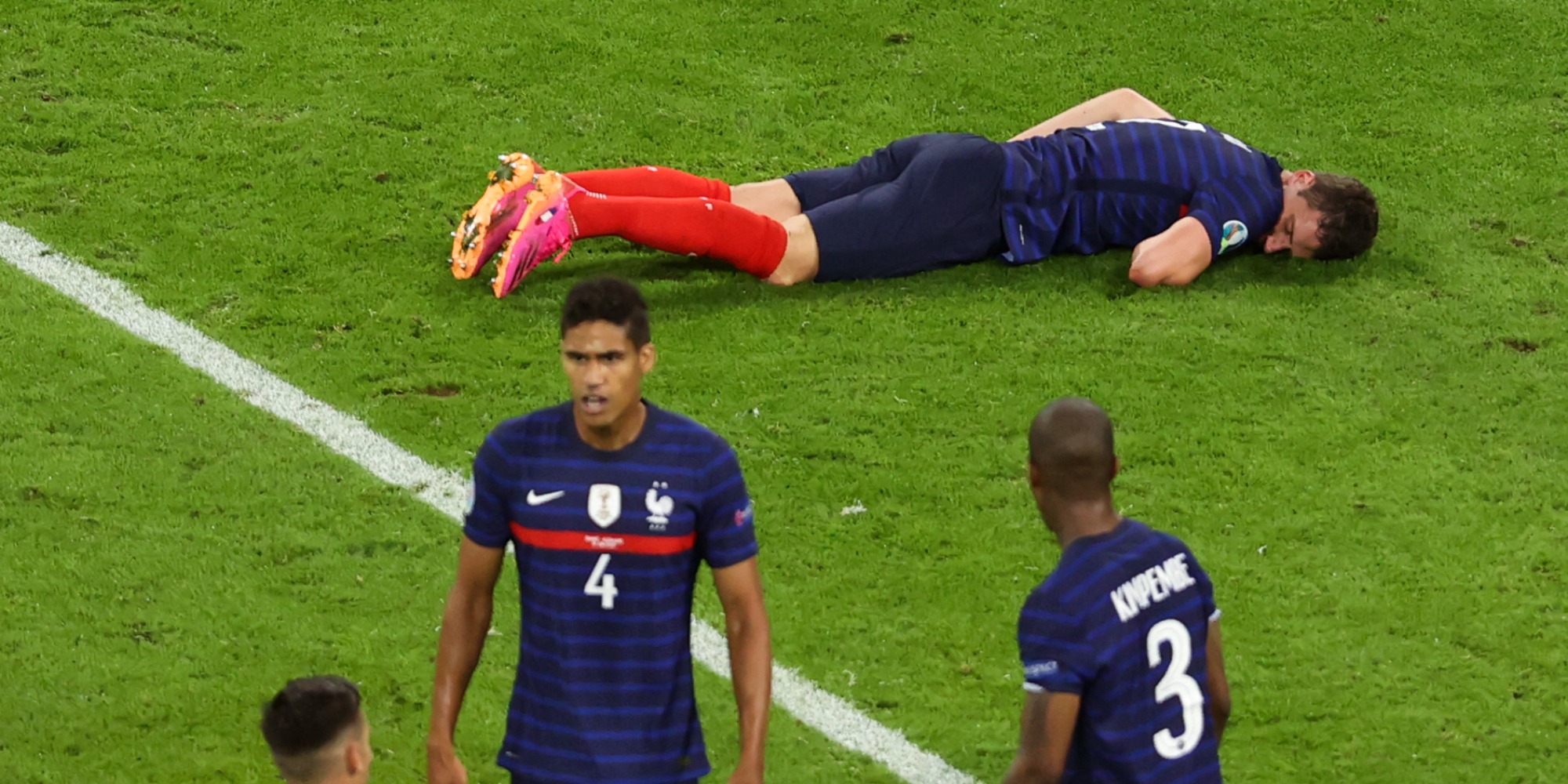 UEFA said Thursday that French defender Benjamin Pavard had not suffered a "concussion" in the Blues' first game against Germany at the Euro after suffering a violent shock. "We had confirmation from the France team that he had no concussion," explained Martin Kallen, director of Euro football.

Hit in the face and then fell on the head Tuesday against Germany, Benjamin Pavard has not suffered a "concussion" and can therefore prepare normally for the Blues match against Hungary on Saturday, UEFA said Thursday.

"We had confirmation from the France team that he had no concussion," Martin Kallen, director of Euro football, told several journalists.

Fifpro, the world union of players, lamented Wednesday that the French side was not left the field after being struck in the face by the thigh of the German Robin Gosens, who arrived launched in the French surface.

Pavard "a little knocked out for 10 to 15 seconds"

Pavard had collapsed under the violence of the shock, which occurred on the hour mark, his head suffering a second impact when hitting the ground. He had nevertheless been able to get up and, after a medical evaluation of a few minutes, had resumed the game. "According to the reports we received from the team doctor, it seems that there was no loss of consciousness," said UEFA in a statement, while Pavard had explained that he had been "a bit KO for 10 to 15 seconds ".

According to the instance, the practitioner "found no reason to suspect a concussion, either in the field or after a thorough evaluation carried out by a renowned specialist during a subsequent check".

On Wednesday evening, the day after the French victory (1-0), Benjamin Pavard indeed took a videoconference exam with the Parisian neurologist Jean-François Chermann, referent on concussions for many rugby clubs and several federations.

"The player will continue to be closely watched"

According to corroborating sources, this second check made it possible to rule out suspicion of brain damage, an "invisible danger" common to many contact sports and which can be manifested by headaches, dizziness, visual disturbances or confusion. "The player will nevertheless continue to be closely monitored over the next few days," added UEFA, "satisfied that the actions of the medical team were in accordance with the concussion protocol".

Last Saturday, on the second day of the Euro, the European body had published a series of recommendations on the subject, the 24 teams committing to leave the field "immediately" a player "suspected of having suffered a concussion" , and to program a gradual recovery with regular checks.