Dumfries is the Dutch Grand Canyon of the Eurocup

The big tournaments are special because footballers who seemed condemned to live in relative indifference suddenly take on a global dimension. So much so that one would ... 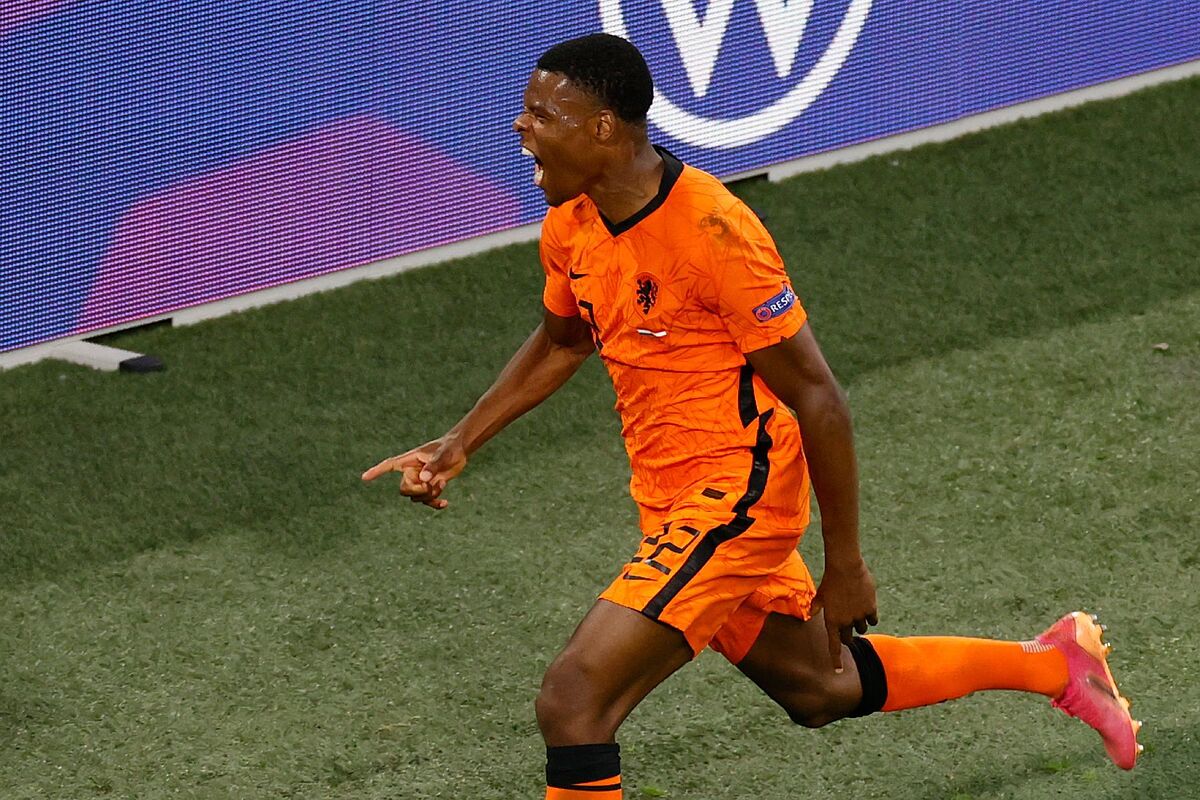 The big tournaments are special because footballers who seemed condemned to live in relative indifference suddenly take on a global dimension. So much so that it can change your life.

is young, but not a boy. He is 25 years old. He has played 153 games in the Dutch Eredivisie between Heerenveen, Sparta Rotterdam and PSV Eindhoven, his current team. He even played two friendly matches with the Aruba team, an island in the Dutch Caribbean. He dreamed of being like

, but he had to act as a winger. Well to Dumfries, coach

, suspected of playing with three center-backs and two lanes, is changing his life.

With a whole world ahead to run, to annoy, to attack, the boy is eating this European Championship with his teeth.

He has already participated in the five goals of his team, scoring two of them.

The last one against Austria.

I have never seen the network as international before.

And no one has found a way to know what the hell to do with it.

Because if these Netherlands of

are already in the round of 16 after beating Austria, and with the leadership of their group also assured, it is largely due to the competitive desire of the agitator who is campaigning for the right bank. Dumfries, who had come from making life impossible for Ukraine on the opening day, this time played it against one of the most important footballers on the world scene,

. The footballer recently signed by Real Madrid must have thought that he would be faster than his rival when he put the boot. But as Alaba lowered his foot, Dumfries had already arrived, had already taken the ball in the area, and the stomp was an inevitable consequence. Israeli referee Orel Grienfeeld, warned by the VAR, had no choice but to signal a penalty after going to the monitor.

And the game, which had just dawned, was already getting uphill for

, for whom it was useless to photocopy the Dutch 5-3-2. The goal from eleven meters was given by Depay. Or rather, from Memphis, which is how the future Barcelona striker prefers to be known after his father abandoned him when he was just a kid. Memphis took the penalty as great artists do. Do you remember how

penalties, almost standing up? Not so exaggerated, but without any need for a run. Of course he did not need to drop a shoe to the side against which the goalkeeper

The goal depressed Austria, which can be of little use to be told about the old deeds of

of the 30s of the last century.

The absence due to punishment of the terrible

, punished for his insults to the Macedonian of Albanian origin

, left the Central Europeans without any gunpowder in attack.

The Netherlands, who felt superior, at no time had to go up gear.

De Jong controlled the throat of the field at will.

Depay was intimidating when he played (another error by Alaba offered him a good option before missing a clamorous occasion).

And De Ligt, already recovered, denied as a libero the defensive facilities of the first day.

A transition of the incorporated

in the second act concluded with the sentence to empty door of Dumfries and the confirmation that it is, at least for now, the great lane of this European Championship.

The Netherlands, meanwhile, will only have to worry about their rival in the second round.

And on the horizon, a fear, that the third of the group of death will cross his path, where France, Portugal and Germany live.

EurocupTen players to discover at the Eurocup

The terrible Arnautovic: racial conflicts, a Bentley stolen from Eto'o and bottles of vodka and gin