Wei Jizhong said that the probability of e-sports becoming an official Olympic event is low. What is the difficulty of entering the Olympics?

Data map: Wei Jizhong. Photo by Du Yang issued by China News Service   Chinanews.com client Haikou, June 17 (Wang Hao) Hainan in June has fully entered its midsummer. On the 16th, the 2021 Global E-sports Leadership Summit was held in Haikou.   At the beginning of the event, the host introduced the guests present, and Wei Jizhong's name had several titles before it. He is the life honorary chair 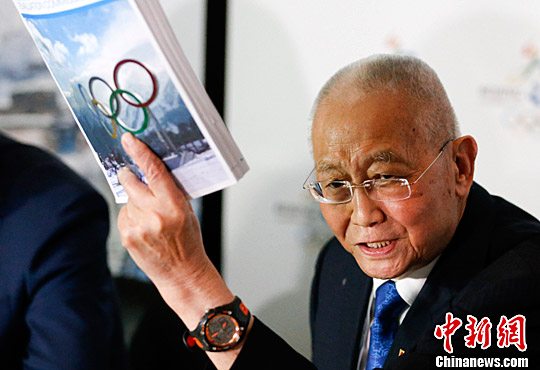 On the 16th, the 2021 Global E-sports Leadership Summit was held in Haikou.

At the beginning of the event, the host introduced the guests present, and Wei Jizhong's name had several titles before it.

Wei Jizhong's name has appeared in various official e-sports news in recent years. This time, he answered the question that people are most concerned about-the relationship between e-sports, the Olympics and the Asian Games.

"The probability of e-sports entering the Olympics and becoming an official event is relatively low. I think we can enter (the Olympics) by showing." Wei Jizhong said.

In 2018, at the Asian Games in Jakarta, e-sports as a performance item appeared on the stage of a comprehensive sports meeting, which attracted great attention.

In the end, the Chinese e-sports team won two golds and one silver in the e-sports performance project.

In recent years, the discussion about "e-sports entry into the Olympics" has almost never stopped.

Data map: The Chinese e-sports team ushered in its debut at the Asian Games and won the first round of Thailand's first round in the "AoV" performance project.

"One is the difference in organizational structure. E-sports is not a single event. There are many e-sports (projects), League of Legends, King of Glory...that is, a federation cannot manage so many."

However, Wei Jizhong is not pouring cold water on those who wish to "e-sports into the Olympics."

"Any event entering the Olympic Games will greatly promote it because it will arouse more people's interest. But it does not mean that e-sports will die if you do not enter the Olympic Games or enter any sports games."

The prospect of "entering the Olympics" may be closely related to the effect of next year's Hangzhou Asian Games e-sports project.

In December last year, the Olympic Council of Asia announced that e-sports will become the official event of the 2022 Hangzhou Asian Games.

At present, the Hangzhou Asian Games e-sports competition will have several individual events and which events they are, but there is no official announcement.

Wei Jizhong introduced that if the Hangzhou Asian Games e-sports project is held well, it may increase the chances of "e-sports entering the Olympics."

There are many problems to be overcome in hosting the Hangzhou Asian Games e-sports competitions, such as the poor compatibility of software and hardware e-sports games with traditional sports.

"In addition, for example, how to select the players participating in the competition, these things need to be resolved." Wei Jizhong introduced.

Data map: The Chinese team of the League of Legends project stood on the podium of the Jakarta Asian Games.

Despite the impact of the epidemic, the development of the global e-sports industry has become a force that cannot be ignored.

In the development process, many problems have also appeared, such as fake matches and player health problems, which are regarded as side effects of the barbaric growth of e-sports.

He believes that in many cases, positive content about e-sports is not easy to become news, because positive progress is accumulated bit by bit, and the accumulation process may not be seen by people.

But negative things can easily burst out suddenly and become news.

In addition, "We (e-sports industry) must not only rely on the development of technology, but also develop content, and increase social space across fields to be able to create something."