Skuru says no to Europe: "A cost that is not possible"

Despite the Swedish Championship gold, there will be no European game for Skuru's handball ladies. They simply can not afford the European League. - We do not have the financial conditions to participate in European Cup games. It's that simple, says chairman Jonas Johansson to SVT Sport. 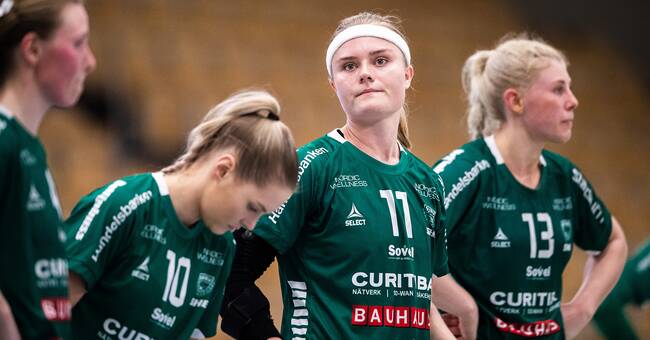 Having a long history of corona pandemics has influenced the decision not to participate in the European Cup.

- There are several reasons for that, but we have a pandemic year behind us that we can not be happy to jeopardize by incurring costs for next year.

This is a clear priority to ensure the association's finances, says Johansson and continues:

- It is of course very boring and sportingly it is incredibly sad.

How big a minus deal is it to be involved?

- If you count on two or three qualifying rounds and a group game on it, it is easily a million.

What do players and leaders say about the decision?

- They are of course disappointed based on the sporting, says Johansson.

- It is clear that it is sad, but I understand that, she says to SVT Sport.

"Do not exaggerate what it means"

Johansson does not believe that the decision affects the club's attractiveness very much.

- It is clear that you want to be able to offer players as good sporting opportunities as possible.

Then one should not exaggerate what the European Cup game means.

In recent years, Swedish teams have been involved and gone out after a couple of qualifying rounds.

It is clear that it creates routine, but it is not on par with the costs it entails.

On Wednesday, Sävehof announced that they will take Skuru's place.

They will also apply for a wild card to the highest level, the Champions League.

- Given Sävehof's ambition and tradition, we will apply for wild cards with an upgrade to the Champions League for both men and women, says Stefan Albrechtson, club director.

CLIP: Skuru is Swedish champion (May 25)