SVT's experts on hatred of Berg: "It's to hell"

Marcus Berg received hatred on social media after yesterday's European Championship match. This after a miss in the second half. - It is completely reprehensible, says SVT's expert Daniel Nannskog. 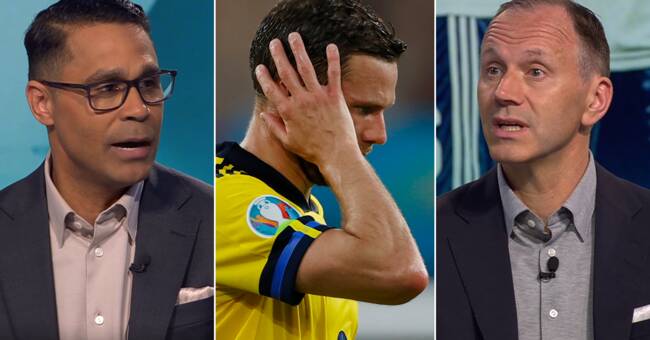 The net hatred that striker Marcus Berg was subjected to after the miss in yesterday's European Championship cross against Spain has been reported to the police.

The next day, he met the press at a digital press conference.

- Of course I turned off my social media.

Unfortunately, you know that there can be some shit after a missed chance, Berg himself said at today's press conference.

SVT's experts react strongly to what happened to Berg.

- I can also get angry when someone in my favorite team misses.

But you breathe and are a little annoyed and then you stop there.

That's what these people need to start learning.

To breathe and not go on the phone and write a lot of dung that hurts enormously for those players, says Daniel Nannskog.

- To get this negative energy that Marcus Berg gets ... Berg who does everything for Sweden.

I had avoided social media throughout the tournament, because it affects too much, says Nannskog.

"Energy has always been there"

- All this energy has always existed.

You have always sat at home in front of the sofa and had views.

The problem now is that it is a push of a button away.

If you have nothing nice to say, say nothing, he says.

Eriksson himself says that he received hate, but that he chose not to have social media.

- I stayed completely away from social media.

I do not know what I would have experienced if I had had it, he says.

- We want communication with the players and that they will stand up for us in the media and also the viewers.

But this is the opposite, that they distance themselves.

We want to get closer, but it will be the other way around.

It's to hell, says Eriksson.