Euro: Italy and Finland at the gates of the round of 16

Italy and Finland advance with three points each against Switzerland and Russia for the second day of the group stage. A victory on Wednesday would already ensure them a place in the final table of Euro 2020. &amp; nbsp; 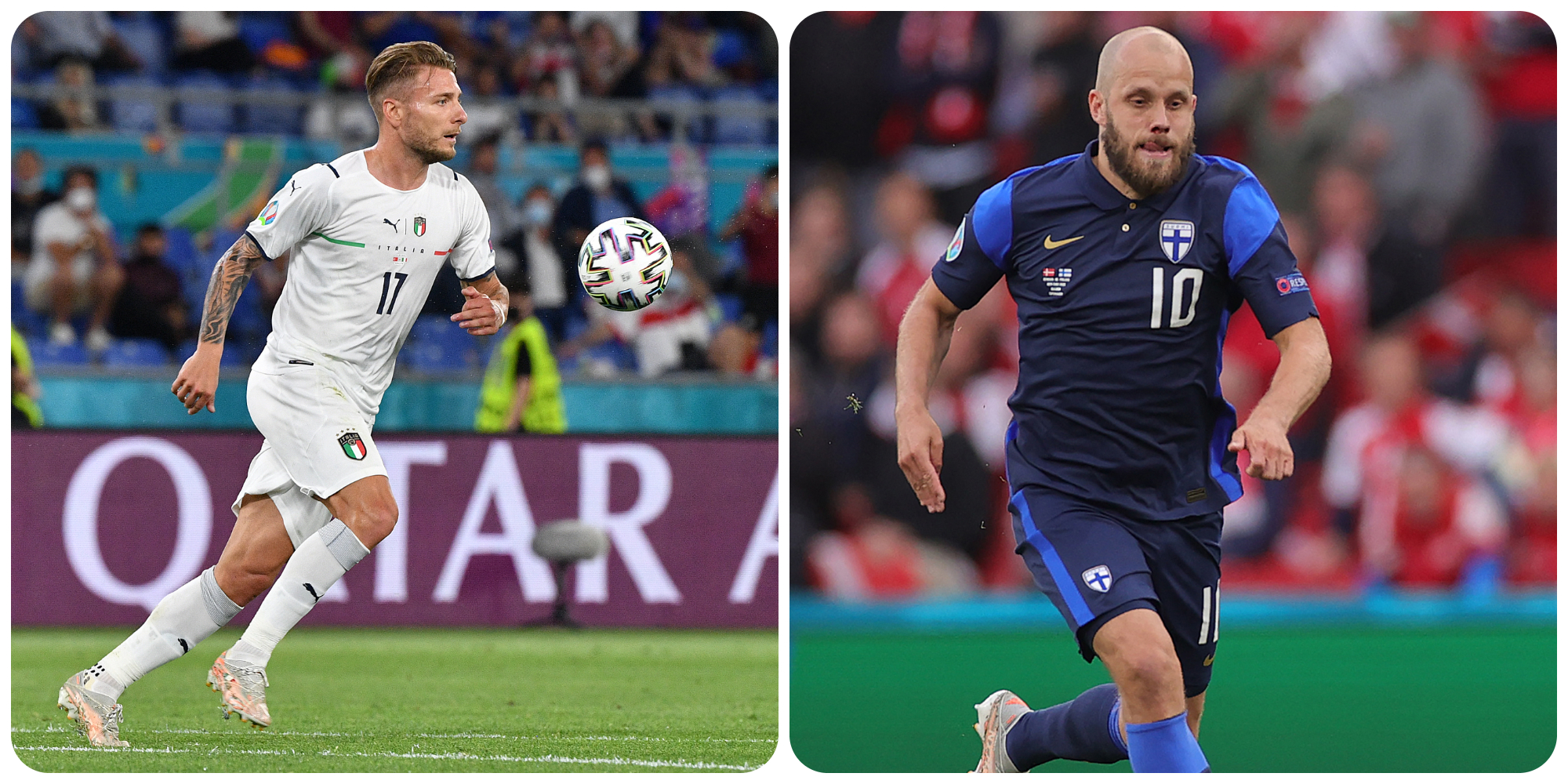 Italy and Finland advance with three points each against Switzerland and Russia for the second day of the group stage.

A victory on Wednesday would already ensure them a place in the final table of Euro 2020.

Italy can already qualify for the knockout stages of Euro 2020 if they win against Switzerland on Wednesday (9 p.m.), as can the surprising Finland, which will have to outperform its Russian neighbor at home (3 p.m.). Despite a sluggish match at the opening of the tournament, Italy has shown that it is there five years after its last major international competition, at Euro 2016, by scoring three times against Turkey on Friday in the group. A (3-0). Squadra Azzura can advance with a credible outsider status if it manages to confirm against Switzerland, who conceded a draw against Wales (1-1).

In group B, Finland has already written a new chapter in its history by gleaning its first points in international competition thanks to its victory against Denmark (1-0), in a difficult context marked by the disturbing discomfort of the Dane Christian Eriksen, still in the hospital on Tuesday.

The Finns will seek to confirm their victory against Russia on Wednesday to ensure an even more historic qualification for the knockout stages of the Euro.

Italy as a credible outsider

With Roberto Mancini, the Italian selection remains solid behind but has never been so carried forward. "We wondered for months who would be our center forward and we discovered that we had a trident", noted, not without surprise, the

Saturday the day after the demonstration against Turkey. Squadra Azzura have a varied offensive palette, with players looking towards the collective, fluidly alternating sides, doubling calls, pressing high, including when the team is leading the score.

But Italy did not play with all its executives in the opening match. Roberto Mancini, who is only two matches away from equaling the national record of 30 games without defeat, is counting on the return of Parisian midfielder Marco Verratti to bring more fluidity and technicality to the heart of the game. Five weeks later his knee injury, the Parisian has resumed training with the Italian team and seems ready to replay, at least during the match, for the Azzurri's second meeting against Switzerland. The 28-year-old midfielder had no intention of missing Euro 2020 despite his injury in early May, after having to give up Euro 2016 due to a pubalgia. For the second match of Italy, Marco Verratti therefore has chances of reconnecting with the field, if only forduring the meeting.

Against Russia (3 p.m.), Finland would like to celebrate a victory, which the little news of the event did not have the heart to do on Saturday night.

"Normally in the locker room there is music, singing, dancing, that kind of thing, but there was nothing," said captain Tim Sparv.

It was necessary to see the images of the celebrations of supporters, gathered in the center of Helsinki, to understand the historical significance of their performance.

Before the competition, Finnish coach Markku Kanerva had assured that they were not coming to participate.

"We want to succeed. I'm not afraid of anyone!"

His recipe? An ultra-compact block, united and well organized, which makes Lukas Hradecky's road to goal as slippery for the opponent as that of Rally Finland. In attack, the "Huuhkajat" ("Eagle Owls") rely on the effectiveness of Teemu Pukki, the fourth top scorer in the playoffs (10 goals), to transform their rare chances. The concept may seem minimalist, but it pays off big: last November, the world champion France went into the background, in a friendly match lost to everyone's surprise (2-0) against the Finns.

The Euro can smile at the daring from the cold: in 2016, Iceland, for its first participation in a major tournament, reached the quarter-finals, after a feat against England in the eighth (2-1). The similarity also stretches through the original history of some of the executives of these selections. The Icelanders had a music video keeper (Hannes Halldorsson), the Finns have a captain (Sparv) who runs a book club and posts his thoughts on his blog. "Iceland inspired us. This example has shown us that even for the so-called smaller countries, if we do things right and believe in our dreams, they can come true," assured Kanerva.