Sofia Mattsson is wrestling a fourth Olympics because she wants to

Five years ago, Sofia Mattsson won a bronze medal during the Olympics in Rio. A medal that gives her peace before her fourth Olympics. - I feel that I do it more with joy, says Mattsson to SVT Sport. 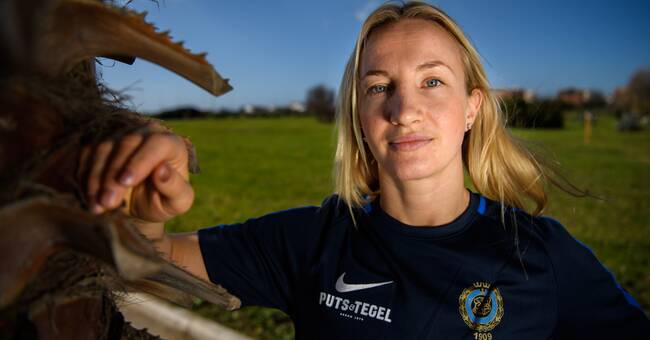 The Olympic medal in Rio sat nicely in the collection of championship medals.

She felt that an Olympic medal was a requirement, both from others but not least from herself.

Now she is wrestling for the fourth time at an Olympics, this time with more confidence.

- I can still feel a certain security, that you have somehow been on the Olympic carousel before.

That I can sit a little more calmly in the boat.

Motley road towards the Olympics

The recharging before the Tokyo Olympics has been variegated to say the least, as for all her competitors.

She had just packed her bag to go to the Olympic qualifiers in the spring of 2020 when the pandemic broke out in Europe with full force.

The qualifier ended a year later.

- It has been up and down and the motivation has not always been at its peak.

I have seen it day by day, she says.

Whether it will be 31-year-old Sofia Mattsson's last Olympics remains to be seen, after August the calendar is empty.

It will simply be a continued investment if the motivation is there.

- Since I became a mother, I can feel that my world has become bigger.

It is easy for the athlete Sofia to become the same person as oneself.

Somehow you realize that you do sports mainly because it is fun.

That it may not have been as bloody serious as you thought it was before, she says.