Euro 2021: Karim Benzema or the real comeback against Germany

Karim Benzema, who made his return to Blue after more than five years without selection, will obviously be the player to watch in the first meeting against Germany, on June 15 in Munich,… 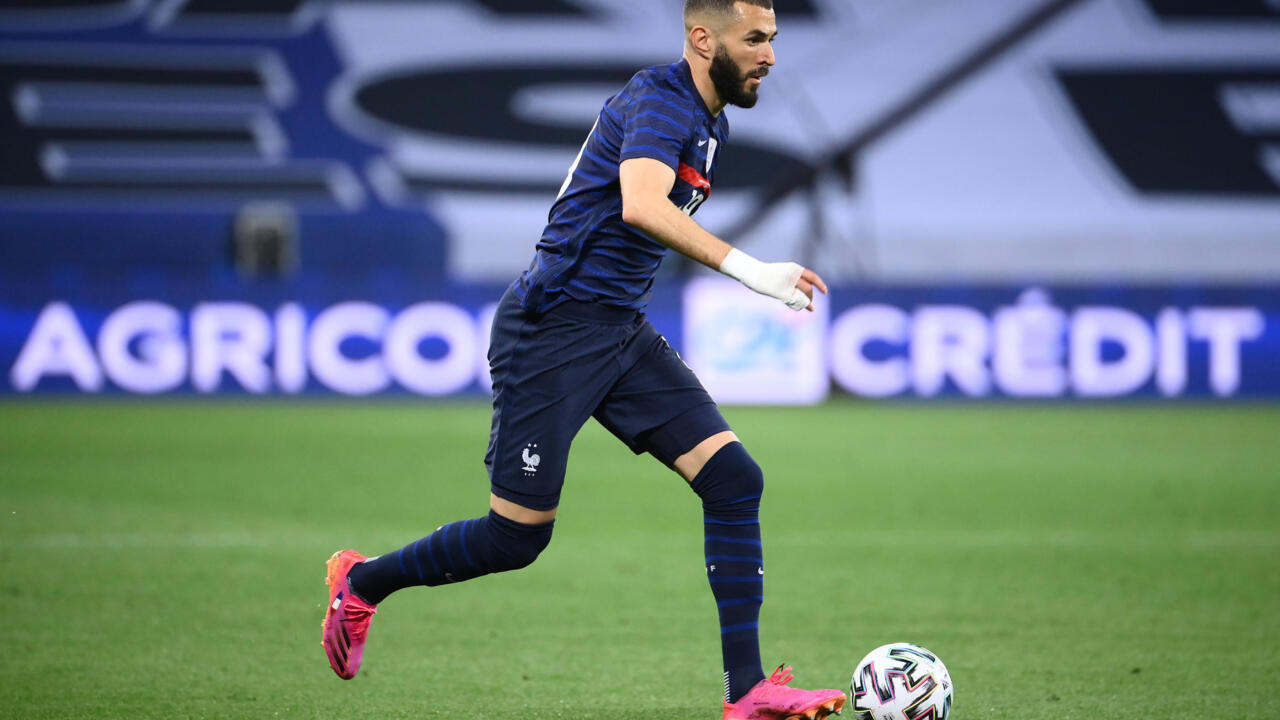 Euro 2021: Karim Benzema or the real comeback against Germany

The Blues striker, Karim Benzema, during the friendly match against Wales, in Nice, on June 2, 2021 FRANCK FIFE AFP / Archives

Karim Benzema, who made his return to Blue after more than five years without a selection, will obviously be the player to watch in the first meeting against Germany on 15 June in Munich for the first game of the France team in Euro 2021. The Real Madrid player appeared for the last time in a major competition, during the 2014 World Cup in Brazil, against the Nationalmannschaft, who won 1-0 against the Blues in the quarterfinals final.

I don't have much doubt about what he will bring.

Time will tell, but I have no doubt about it.

I didn't know him, and he's a good guy who has integrated well into the group

For Kylian Mbappé, the other star of the Blues, the contribution of Karim Benzema within the workforce sounds obvious.

Forget the 2014 World Cup in Brazil

The Real Madrid player, who has participated without scoring in the last two friendlies with the France team against Wales and Bulgaria, will pass his first real test against Germany, in the enclosure of the 'Allianz-Arena in Munich.

Since the 2014 World Cup in Brazil and the quarter-final lost to the Germans, Benzema has not taken on such a responsibility in Blue during a major competition.

At the time, lacking in realism, he had missed his appointment with history against the Nationalmannschaft of Joachim Löw, victorious (1-0), at the prestigious Maracana stadium in Rio.

Benzema had been very convincing until then, with 3 goals and 2 assists in five games.

From Brazil, Benzema must regret these last moments of the meeting where, after a one-two with Olivier Giroud, he decided to strike hard under the bar but found the firm hand of Manuel Neuer.

Looking for a title with the Blues

There are always things to improve. But the main thing is to be present and make a difference in important matches

certainly the best French player of his generation

victim of a crutch in his thigh in front of Bulgaria and who will be well suited to the Germans.

Since the World Cup in Brazil, water has flowed under the bridges and Benzema has become the essential player of the “White House”. His record, including four Champions League and three Spanish Championships is eloquent, in a club where it is not easy to settle.

“Winning the Euro is a goal, of course, it's on my way, it's in my head, now we know it's difficult, it's not won in advance. I'm super motivated, prepared, and I'm just waiting for that,

”explained the former banned on TF1, sharp as ever.

says a Blues supporter with a smile while not far from him, a German, Barça jersey on his shoulders, ensures that his team does not intend to be impressed. by the Real striker.

The surprise guest on Didier Deschamps' list for the Euro

who wore the Blues jersey 83 times, mischievously dodged questions about the trigger for his return to Blue.

But he will not be able to miss a good performance against the Germans to finally turn the page.

No, I'm not stressed at all.

I'm super happy to be there, to come back to the France team again,

he admitted during a Blues press briefing.

Benzema, in his thirties, who plays the most beautiful football of his career, has never won any trophy with the Blues.

He knows there is a chance to finally shine, with the two-star jersey on his shoulders.