Rally promise Oliver Solberg won his first asphalt race in a WRC car. He did it before the ex-world champion Ott Tänak. Tänak was actually the fastest - but got a time penalty of over two minutes on a stretch, and thus Solberg took the victory. 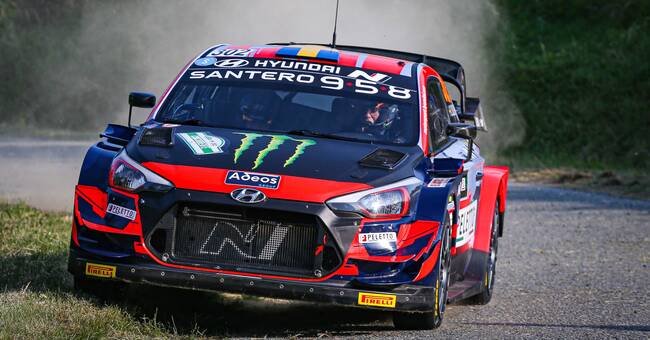 It was in the Italian competition Rally di Alba that Solberg drove home the victory.

And since he was actually served the victory after Tänak's time penalty, when he arrived late for the time control on distance seven, Solberg took the victory in stride.

Tänak received an extra time of two and a half minutes as a penalty.

- That I am the winner of the competition I do not take so seriously.

It is still far up to Ott Tänak.

He showed impressive driving on all the special stages, and I got clear indications that I have a lot left to learn before I am at that level, says Oliver Solberg in a press release.

The competition in Italy can still be seen as a good genre rehearsal for the Safari Rally in Kenya in a week and a half.

It will be his first WRC competition on gravel.

- I have only driven the WRC car on snow in the World Cup competition in Finland (7th place) before so it was a bit of an experience to come here and drive it on asphalt for the first time.

I would have liked to have taken a distance victory, but it was impossible when I fought against a world champion, Oliver Solberg continues.