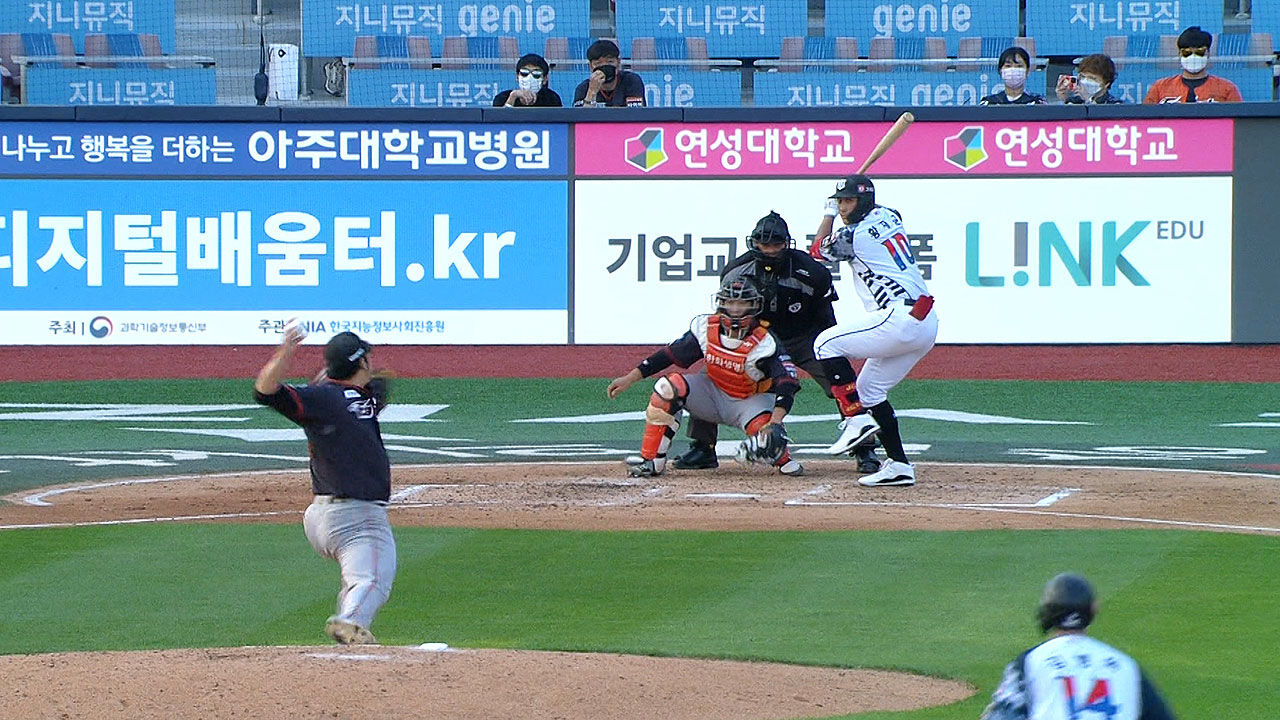 professional baseball, KT defeated Hanwha and took the lead with 5 consecutive wins. Captain Hwang Jae-gyun led the victory by hitting a three-run homer from the comeback.

KT turned the tide in an instant when the third inning exploded 2-0.

At one-out 1st and 2nd base, Hwang Jae-gyun hit the 3rd store in front of the left fence.

Then Baekho Kang hit a double, and the follow-up batter Almonte ran over the right fence and ran away 5-2 in an instant.

KT, who blocked a run with a clothesline-like throw from left fielder Kim Tae-hoon in the 4th inning, added one more point in the 5th one-out full base to win.

SSG Shinsoo Choo raised the possibility of going to Tokyo by drawing the season 10 arch in front of national team coach Kim Kyung-moon.

Lotte and KIA recorded 1 win and 1 loss side by side in 2 double header matches, and Lotte rookie pitcher Jin-wook Kim came to the rescue in the first game and won his debut with a scoreless throw in 1.1 innings.