Swedish motocross star Isak Gifting had a heavy World Cup premiere. It was only a World Cup point in two heats - and a bruised body after several crashes. - A weekend to forget, says Isak Gifting to SVT Sport. 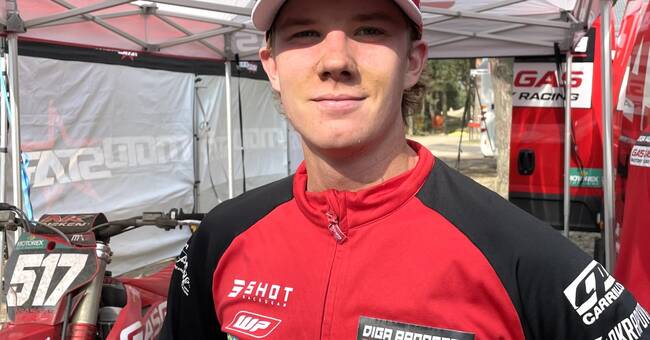 The new Swedish motocross jump Isak Gifting did not have a fun weekend when the first World Cup competition was decided in Russian Orlyonok.

Gifting, who drives in the WC class MX2, drove in 20th place in the first heat, and that gave him a WC point.

There were no more World Cup points for Gifting this time.

In the second heat, Gifting completed only two laps, and was last of 27 drivers.

He was also involved in several crashes in the World Cup premiere, and now has to heal his body and recharge for the British Grand Prix on 27 June.

Gifting also went to Russia with suites from a foot injury during training in Germany on Tuesday.

World Cup points were scored instead of Alvin Östlund, who finished 14th in both MX1 heats.

There were also a total of 14 World Cup points in the premiere for Östlund.