In Seville, the sun rises on your back. &amp; laquo; It could be worse, the national team will be lucky, &amp; raquo; says a local taxi driver emphatically, as he surrounds the La stadium ... 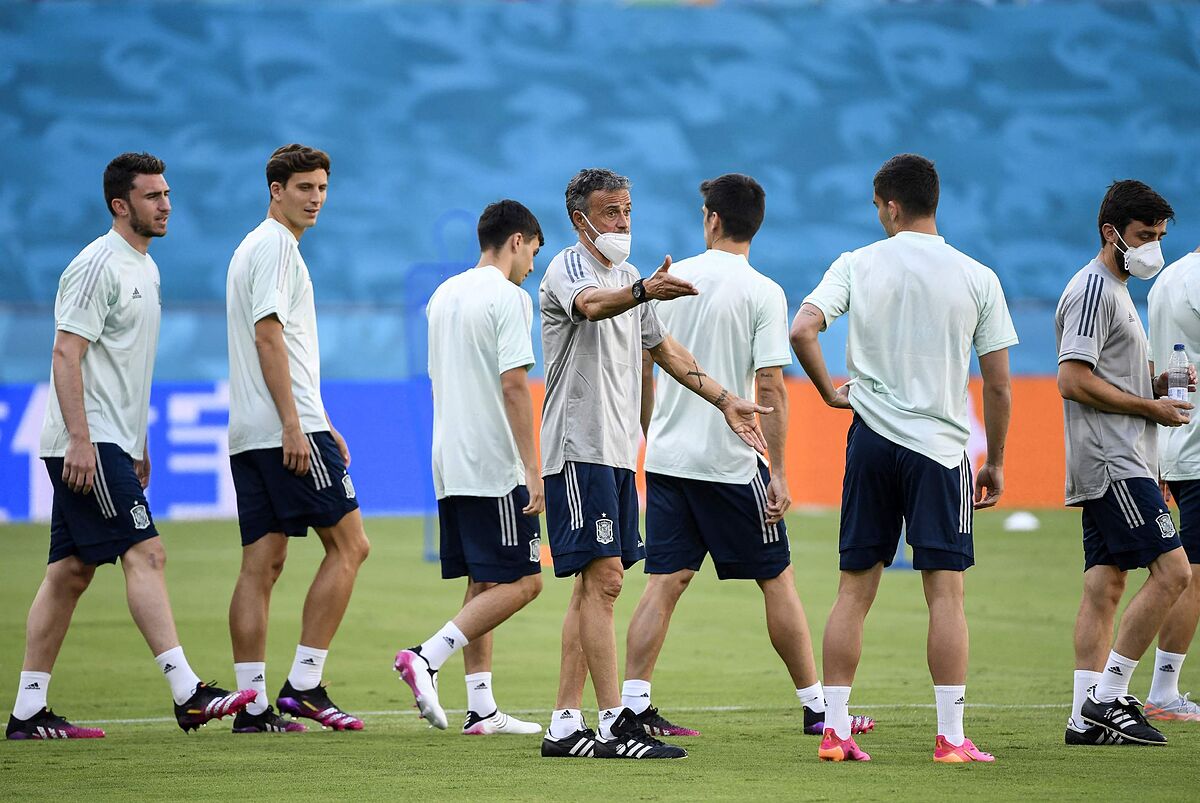 In Seville, the sun rises on your back. "It could be worse, the national team is going to be lucky," says a local taxi driver resoundingly, as he surrounds the La Cartuja stadium. Today, at the time of the game (9:00 p.m.) they would have found some other grade less in Bilbao, where, initially, Spain was scheduled to play the group stage. The incidence of Covid and the impossibility of having an audience in the stands forced the move. The venue of the Andalusian capital has nothing to do with the lavish Russian complex of Luzhniki, where the team gave up on their last big date, against Russia, in the round of 16 of the World Cup.

are the only points in common. And that only three years have passed. In those troubled days in Krasnodar, where the national team saw Lopetegui pass in a few days and take command of Hierro. Names such as Nacho,

, who by age seemed destined to lead the transition, have fallen by the wayside. Some due to injury (as is also the case with

), others because their performance is far from those of those happy days (Saúl or Isco). None, despite the fact that fate seemed to have another script prepared for them, is on this list of 24.

"The only reality is that the years pass for everyone, that the players are not eternal and they go by, that there are young players ... As far as I am concerned, when I started as coach, in my mind I was not seeing the age of the players. I was looking at which players, regardless of their age, matched the idea that I had of the national team, which ones had the best conditions to carry out my idea, "admitted the coach at a press conference. "With young people, sometimes what you do is an investment, hoping that in the future they will give you what you think they can give you. Although there are also veterans in this team, I think this team is a good mix of young people and veterans. ", completed the Asturian technician.

The most logical thing is that from the starting 11 of that rough afternoon in Moscow, only

, captain by accident, and

didn't have a minute.

The most logical thing, too, is that

, head of that day, leave his place to

, whom Luis Enrique called for the first time less than a year ago.

Since the penalty shootout against Russia, where De Gea did not stop any of the four shots (not another in regulation time), Spain's goal has been left without an owner.

are those who aspire to a position that, at least today, will be Unai Simón.

What is certain is that neither

, who capitulated that afternoon at Luzhniki, nor

, who still has no team after leaving Atlético in December, will wear the Spain shirt again. It is a mystery that

, with 180 international matches. Or that

, for example, today at Marcelo

, has been recruited again for that bubble B of the national team. Just like

, for example, who has had minutes due to the absences of his teammates at Real Madrid, has been one of those longed for in some sector of the fans.

It has been three years of pure frenzy.

Ignoring that episode of Krasnodar that prematurely closed the Lopetegui stage, the team has seen

(six games from June to November 2019) and Luis Enrique, who has added nine wins, three losses and six draws in the 18 games of its two stages.

A strange situation that, in addition, has had to live with the coronavirus.

That is why the team will play today in Seville and not Bilbao.

That is why there will be around 16,000 spectators tonight in the Sevillian stands.

It is, therefore, a silent revolution.

Nothing to do with a generational change.

Only the absence of Ramos, weighed down during the course by his physique, could have to do with a DNI issue.

This team, with an average age of 26.5 years, is the fifth youngest in the tournament.

His revolution responds more to something else.

To an idea, perhaps.

EurocupAgreement for the vaccination of the national team: some Pfizer, others Janssen

Eurocopa Del Bosque's farewell to Löw: "True greatness is only known in moments of defeat"