"Wrong that the players got this choice"

Denmark had to choose to play the match against Finland yesterday or today. At a distance from the situation, the Danes think it was wrong of Uefa. - The feeling now is that it was wrong that the players got this choice, says national team captain Kasper Hjulmand. 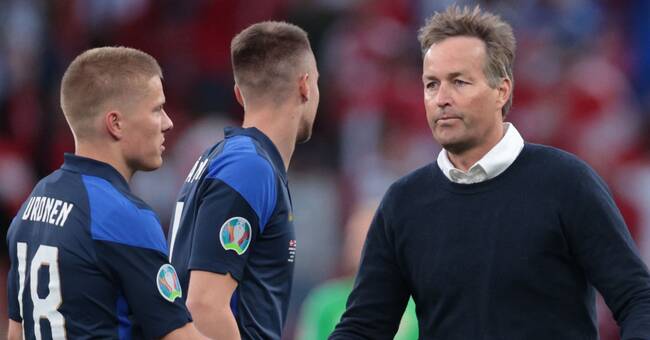 After Christian Eriksen was taken to hospital, the Danish players were given a choice by the European Football Association Uefa: finish playing the match yesterday at 20.30 or today 12.00.

After discussions, Denmark chose to resume the match that evening.

But the next day, at a distance from the situation, the Danes think that Uefa made a mistake that issued an ultimatum.

- We should not have played.

Maybe we should just go home and see what the next day brought, that's my feeling right now.

But it was a difficult decision and a tough decision for the players to make.

The feeling now is that it was wrong for the players to get this choice, says Danish national team captain Kasper Hjulmand at today's press conference.

Felt no pressure from Uefa

The chairman of the Danish federation, Peter Möller, agrees.

- It was a bad decision to finish the match, he says.

The Danes say that they did not feel any pressure from Uefa, but point out that the subject needs to be discussed in order to arrive at how these situations should be handled in the future.

- I am proud that the team responded as they did.

Football really showed its best side.

Now we see what football is all about: love and team spirit.

Eriksen collapsed at the end of the first half of yesterday's match against Finland and received cardiopulmonary resuscitation on the spot.

After a long period of uncertainty, the news came that Eriksen had woken up and that the situation had stabilized.

He remains in hospital for observation.