There it was, Marcus! The first victory in Indycar came after great drama in Detroit. Ericsson was second before the final laps when the race was red-flagged for the second time. When leading Will Power did not get the car started for the restart, the road was open for victory for the 30-year-old. - Sorry for what happened to Will, but it was my day today, said a moved Ericsson in the victory interview in Viasat Motor. Felix Rosenqvist crashed violently on the 25th of the 70 laps. According to the first reports, the Swede escaped the adventure with minor injuries. 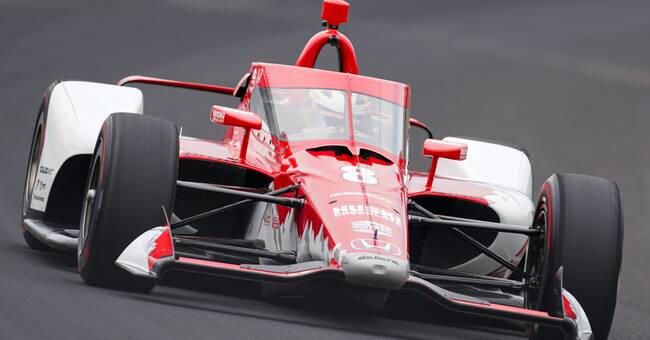 Marcus Ericsson took his first victory in racing since he won the GP2 race at the Nürburgring 2013.

After five seasons in Formula 1, Ericsson was close to winning one of the races in Detroit 2019 during its first season in indycar.

It ended up in second place.

Until today, his only podium place in the series.

Ericsson has been questioned and has long struggled with poor qualifying runs.

In Detroit, Ericsson started from 15th position and worked steadily upwards and got everything in line with the team's strategy.

Before the final restart after the Frenchman Romain Grosjean put the car in the wall, Ericsson bet everything on one card and managed to keep the second Rinus Veekay, the Netherlands, behind him.

- It feels like I was a little guy when I last won.

I had good self-confidence with me into this weekend.

I want to thank the team for a really good job, said Ericsson who was congratulated by team manager Chip Ganassi in the winner's circle.

At the other end of the depot, a furious Will Power was interviewed.

The Australian criticized the race management for not having time to cool down an overheated control unit in connection with the last red flag.

There's so much money in this and so I go there on a bad decision.

The race on the island of Belle Isle in Detroit was highly dramatic with two red flags.

The first came after Felix Rosenqvist's nasty crash on the 25th lap.

Felix got a gas suspension on his car and thundered straight into the concrete barrier.

Thanks to the tire stack, the bang was somewhat dampened.

Rosenqvist was conscious all the time and was taken to a nearby local hospital for examination.

He complained of pain in his back, neck and ribs, according to Viasat Motor.

It is currently unclear whether Felix will start in Sunday's race.

Marcus Ericsson became the third Swede to win a race in indycar.