Rosenqvist after the crash: "I'm okay"

Felix Rosenqvist drove at high speed into the fence at the Indycar race in Detroit. Now the Swedish racing star sends a greeting from the hospital bed. "I'm generally okay, but due to the trauma from the bang, I'm unfortunately not allowed to drive tomorrow," he writes on Instagram. 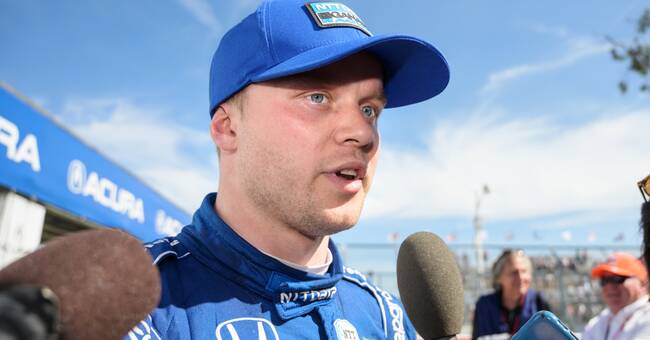 The driver drove straight into the protective fence at high speed, which caused a major rescue effort.

I feel generally okay, but due to the trauma from the bang, I am unfortunately not allowed to drive tomorrow .... Big race until that time, so sad that we could not take it all the way to the finish ", writes the 29-year-old on Instagram.

"The most important thing is that he is okay"

Geoffrey Billows, the Indycar organization's own doctors on site, announced yesterday that the injuries were not serious.

Rosenqvist was taken to a hospital in Detroit for further examination.

- The most important thing right now is that Felix is ​​okay, said Swedish racing colleague Marcus Ericsson in Viasat's broadcast.