Given among the favorite nations of Euro 2021, Belgium did not miss its entry into the running on Saturday. In St. Petersburg, the Belgians, although deprived of several players, dominated Russia on… 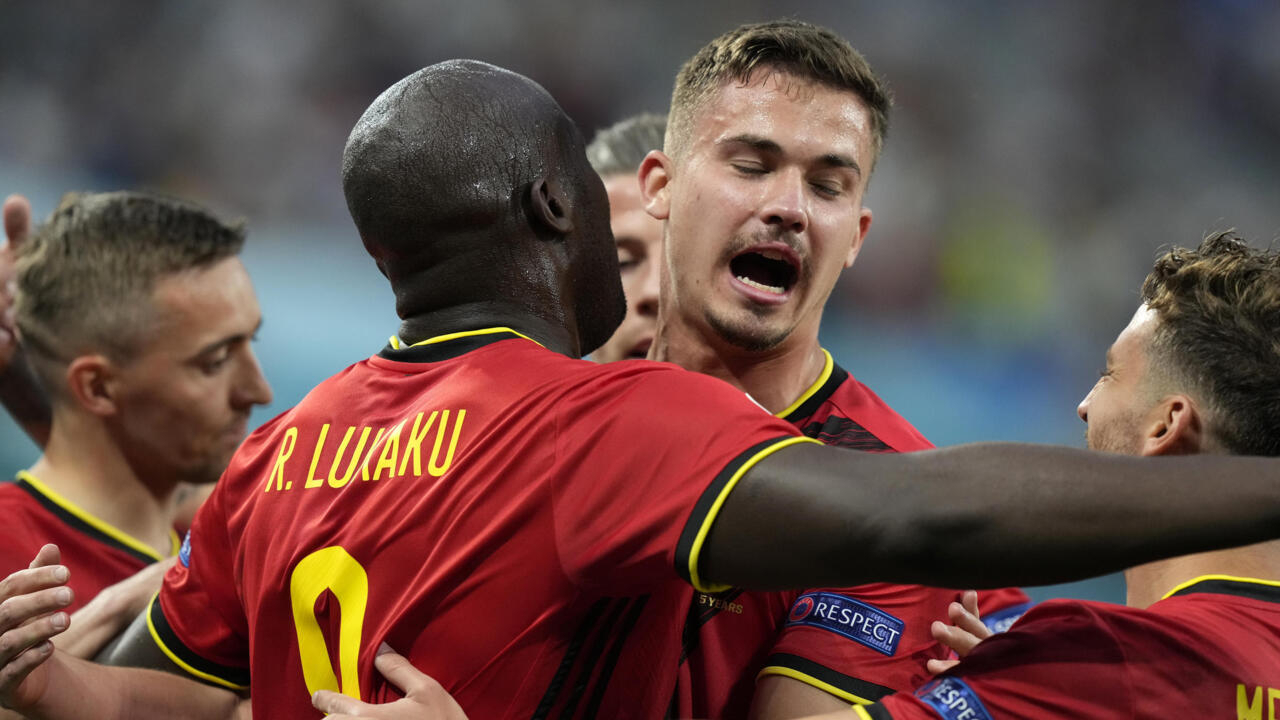 Romelu Lukaku (n ° 9) celebrates with his teammates the first goal of Belgium, victorious over Russia (3-0) in Saint Petersburg, Saturday June 12.

Given among the favorite nations of Euro 2021, Belgium did not miss its entry into the running on Saturday.

In Saint Petersburg, the Belgians, although deprived of several players, dominated Russia without forcing (3-0).

Romelu Lukaku and Thomas Meunier ideally launched the Red Devils in this Euro.

The atmosphere was very strange at Gazprom Arena in Saint Petersburg, Saturday June 12, for the second group B match of Euro 2021, Belgium-Russia. It was not really time to party. Everyone had in mind these terrible images of the other meeting of Group B, Denmark-Finland, long interrupted after the

. The reassuring news finally arrived, but impossible to hide these moments of anguish.

And then there was this moment, before the kickoff, where the Belgian players and the Spanish referee Antonio Mateu Lahoz knelt

, in a posture popularized by the Black Lives Matter movement and denouncing racism. and discrimination.

And the St. Petersburg audience booed the kneeling men.

This icy welcome did not however disturb the Belgian selection.

Third in the last World Cup played in Russia, Roberto Martinez's men arrived in this Euro with formidable team status, capable of winning the title.

And they assumed it from the start.

When Andreï Semionov missed his intervention in the box, Romelu Lukaku did not miss this offering to open the scoring (10th).

The best Serie A player of the season celebrated his goal by thinking very hard of his Inter Milan team-mate Christian Eriksen.

Romelu Lukaku grabbed a camera to launch to the Dane: “

Chris, I love you!

🗨️ Romelu Lukaku's message to Christian Eriksen after his goal: "Chris, I love You" pic.twitter.com/ZmUr1nTc5q

Deprived of injured Kevin De Bruyne and Axel Witsel, and with Eden Hazard on the substitute bench, the Red Devils did not appear helpless, even when Timothy Castagne had to go out, after a big head-to-head clash with Russian Daler Kuzyaev .

The defender was replaced by Thomas Meunier ... ideally placed, seven minutes later, to score unopposed the goal of 2-0 (34th).

With this advantage, Belgium was able to spend a second serene period. Well organized against a Russia without a solution, it did not tremble in a stadium calmed by the turn of the match. The coup de grace fell in the last minutes, with once again the duo Meunier-Lukaku. The first turned into a decisive passer for the second, a scorer in his style in power (88th). The Belgian striker continues to improve his statistics: thanks to him, the new goal record with Belgium is 62 goals (in 94 caps).

Eden Hazard, not spared by injuries for two years, was entitled to 20 minutes of play to regain sensations.

Perhaps he will be more in demand in the next matches.

In the meantime, Belgium is off to an ideal start in this Euro.

They lead Group B with 3 points, like Finland, but with a better goal difference (+3 against +1).

Euro 2021: Italy regains its colors and starts with a victory against Turkey

Euro 2021: the Dane Eriksen in a "stable" state after his discomfort with Finland