Euro: what to remember from Belgium's big victory against Russia

The Belgians clearly dominated Russia (3-0) for their entry into contention for the Euro on Saturday night in Saint Petersburg. Inter Milan striker Romelu Lukaku, who scored a brace, dedicated one of his goals to Christian Eriksen, who suffered earlier discomfort with Denmark. &amp; Nbsp; 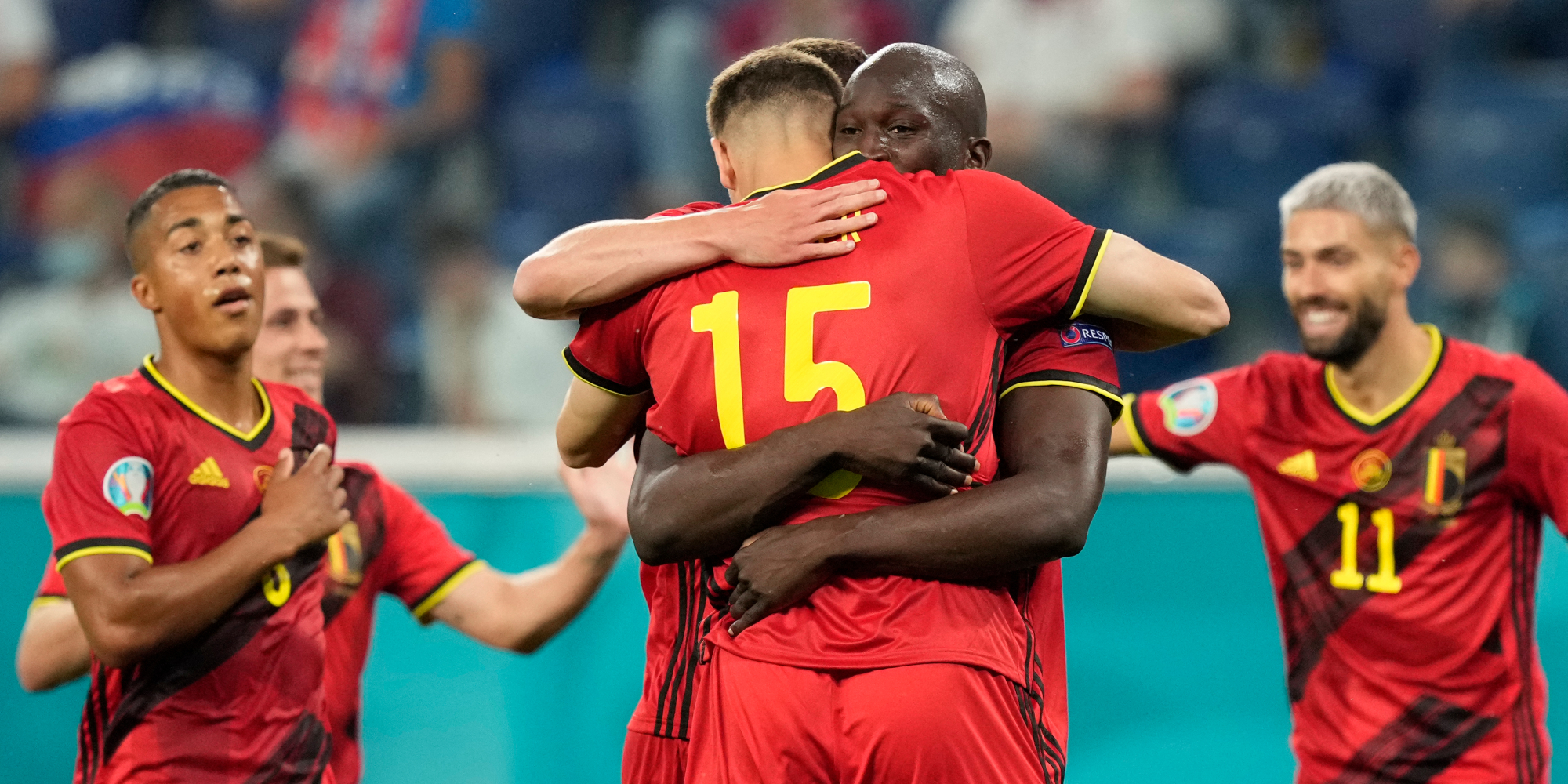 The Belgians clearly dominated Russia (3-0) for their entry into contention for the Euro on Saturday night in Saint Petersburg.

Inter Milan striker Romelu Lukaku, who scored twice, dedicated one of his goals to Christian Eriksen, who suffered earlier discomfort with Denmark.

Belgium honored its status as a candidate for the final victory by easily beating Russia (3-0) on Saturday night for their first match of the Euro.

In Saint Petersburg, the Belgians quickly gained the upper hand over weak Russians, with a brace from Romelu Lukaku, the Inter Milan striker.

The match was also marked by the whistles of the Russian public to the Belgian players, who knelt before the kick-off, like many sportsmen in the wake of the "Black lives matter" movement.

Here is what to remember from this successful introduction by our Belgian friends.

The player: Romelu Lukaku, the power

Romelu Lukaku is indeed an exceptional striker. The center forward of Inter Milan scored a brace, ideally placing him in the honorary race for the title of top scorer in the Euro. He opened the scoring (10th), following a huge error by defender Andrei Semenov, on the first Belgian opportunity of the match. At the end of the match, he sealed the 3-0 (89th) on his second attempt of the match, launched by Thomas Meunier - the former PSG defender in the meantime scored the second goal in the 34th -. "Big Rom", still impressive with his power and his physique as a mover, is 62 goals in 93 caps. Simply monstrous statistics.

⏱️ 10 minutes of play and already a goal for Romelu Lukaku!

☄️ Offside at the start of the action, the Belgian striker strikes a cross shot at close range https://t.co/XJSwG1QT5Y

The nice gesture: Lukaku dedicates his goal to Eriksen

Besides being a superb player, Lukaku is also a good guy.

The former Chelsea player dedicated his first goal to Christian Eriksen, with a loud "I love you" yelled at the cameras.

The Danish midfielder narrowly escaped death after suffering a heart attack during the game against Finland.

He eventually regained consciousness after being quickly taken care of by the emergency services and was taken to hospital.

️ Romelu Lukaku's message to Christian Eriksen after his goal: "Chris, I love You" pic.twitter.com/ZmUr1nTc5q

The gesture not very fair play: the Russian public whistles the Belgian players, who had knelt before the kick-off

If there were nice gestures on the Belgian side, we cannot say that the Russians were particularly distinguished. First on the lawn, showing absolutely nothing (or almost). In the stands, the Russian supporters were not much more inspired. The public in Saint Petersburg indeed whistled the Belgian players, who knelt before kick-off to protest against discrimination. The referee, the Spaniard Antonio Mateu Lahoz, also knelt, a gesture taken up by many sportsmen in the wake of the "Black lives matter" movement. An initiative that obviously did not please the public in Saint Petersburg, while the Russian players remained standing ...