France faces Germany from the start for its first match at Euro 2020, Tuesday evening at 9 p.m. A clash between the last two world champion nations. What are the strengths and weaknesses of the Mannschaft? Europe 1 draws up the technical sheet of the first opponents of the Blues. 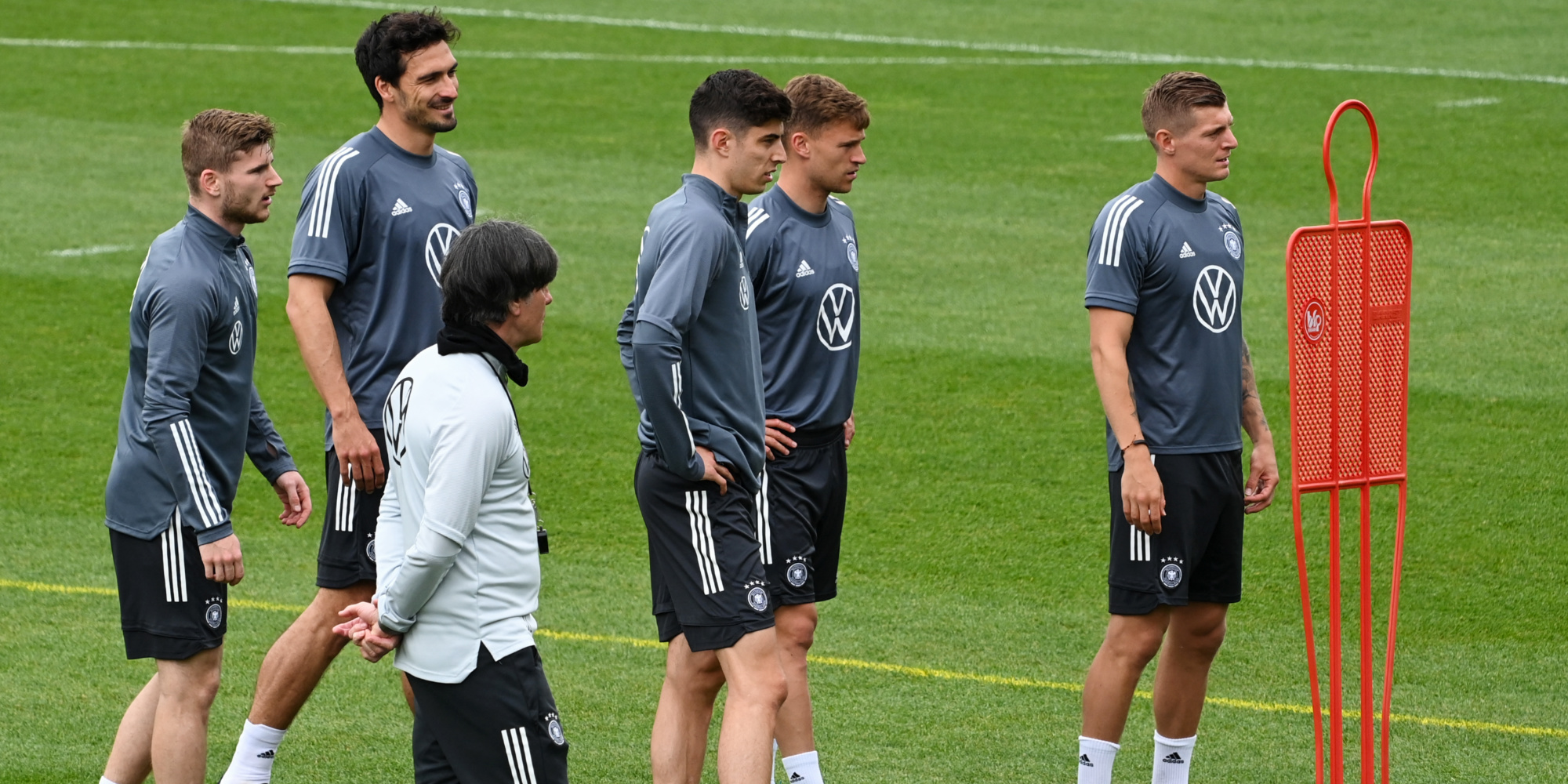 France faces Germany from the start for its first match at Euro 2020, Tuesday evening at 9 p.m.

A clash between the last two world champion nations.

What are the strengths and weaknesses of the Mannschaft?

Europe 1 draws up the technical sheet of the first opponents of the Blues.

This is the first shock of the "death group" of Euro 2020. France challenges Germany at home in Munich for its entry into the tournament in the tournament, Tuesday evening at 21h.

A meeting already capital to take an option in a group F raised, with Portugal.

France is designated as the big favorite of the tournament, but the Germans will seek to restore their status as a great football nation.

This requires a good performance against the Blues.

The state of form: Germans in full doubt

Germany is still looking for a new assertive style of play, after its disillusionment at the 2018 World Cup where it was released in the first round. The Mannschaft experienced other symbolic defeats, against Spain in the League of Nations in November 2020 (6-0) and at home against little North Macedonia in qualifying for the 2022 World Cup last March (1-2). Coach Joachim Löw is counting on the next generation of German football, including midfielder Kai Havertz (22), scorer in the last Champions League final with Chelsea, to restore color to the German selection. The Mannschaft will also rely on the executives of the victorious World Cup in 2014, with Thomas Müller (31 years old), Toni Kroos (31 years old) and the emblematic goalkeeper of the selection, Manuel Neuer (35 years old).

During his large friendly victory at the beginning of June against Latvia (7-1), coach Joachim Löw presented a team in 3-4-3, with a certain balance between the executives and the young German guard.

In defense, he could line up three axial: Ginter, Hummels and Rüdiger.

Kimmich, usually a midfielder but trained as a full-back at Bayern, could be established as a right "piston".

Gosens, impressive with Atalanta Bergamo, should be aligned to him as a left "piston".

With Goretzka's package, the two midfield positions should be filled by Kroos and Gündogan.

In attack, Thomas Müller could start as a center forward with Gnabry and Havertz.

How did they qualify for the Euro?

Germany advanced to the top of their qualifying group, ahead of the Netherlands, Northern Ireland, Belarus and Estonia.

Despite a loss at home against the Dutch (2-4), the Germans clearly dominated these qualifications with seven wins and 30 goals scored.