The Dutch hockey players won the European title on Saturday after a blistering final. The team of national coach Max Caldas triumphed in Amstelveen after shoot-outs against Germany. 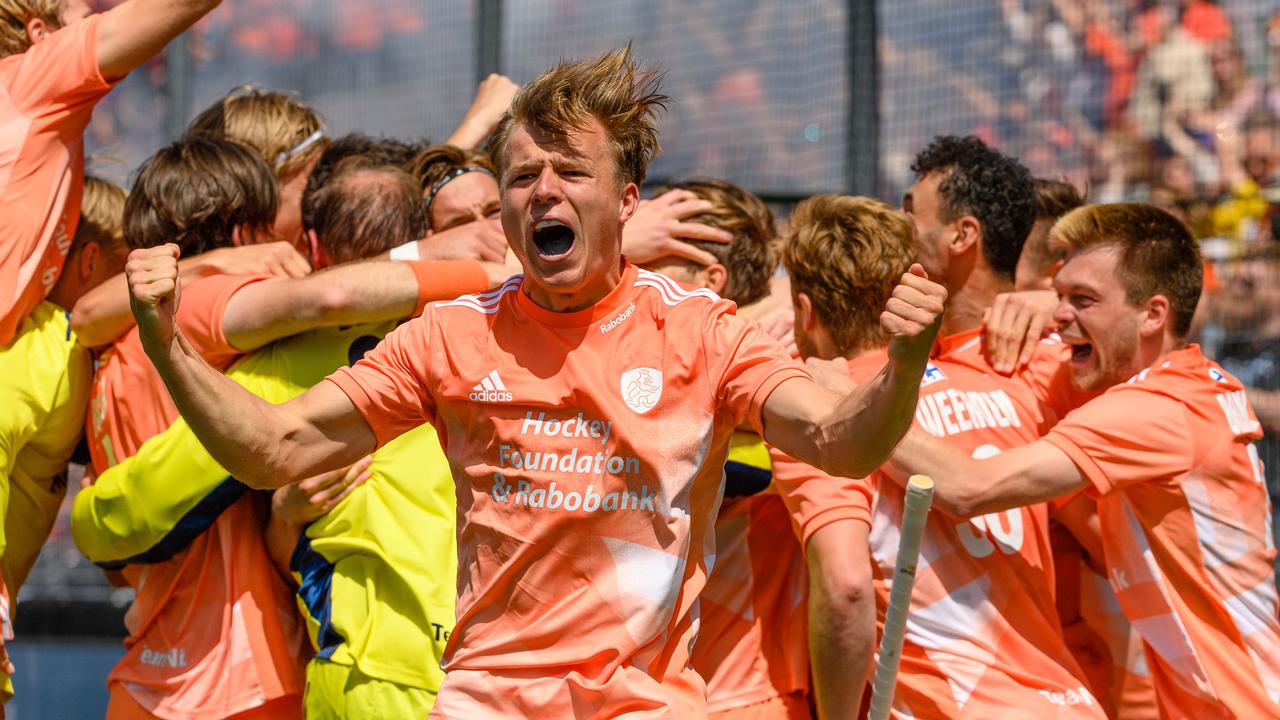 The Dutch hockey players won the European title on Saturday after a blistering final.

The team of national coach Max Caldas triumphed in Amstelveen after shoot-outs against Germany.

At a 1-1 score, Germany seemed to take the European title four minutes before the end thanks to a beautiful goal by Constantin Staib, but the Netherlands got a penalty corner nine seconds before the end.

Jip Janssen took the last straw on behalf of his team.

In the decisive shoot-outs, Jeroen Hertzberger, Thierry Brinkman and Robbert Kemperman made no mistake, while Germany missed twice.

Blaak made two saves on a Christopher Rühr bet, while Timm Herzbruch was in good position wide.

Thijs van Dam then gave the Netherlands the European title.

At the previous edition in 2019, the Dutch hockey players had to settle for bronze.

In the semi-finals, the Netherlands had already settled with defending champion Belgium after shoot-outs.

The Belgians won the battle for bronze earlier on Saturday by beating Spain 3-2.

The Dutch hockey players will play the European Championship final against Germany on Sunday.

The success at this European Championship gives the Netherlands confidence with a view to the Olympic Games in Tokyo this summer.

The Caldas team hopes to become Olympic champions in the Japanese capital for the first time since 2000.

Janssen worth gold a few seconds before time

The Netherlands had a hard time in the opening phase against Germany, which failed to take the lead in the first quarter, partly thanks to keeper Pirmin Blaak.

After twenty minutes the opening goal was a fact.

Christopher Rühr was allowed to lay down for a penalty shot after line stopper Jorrit Croon got the ball on his body and did not fail.

The Germans could have expanded the score before halftime, but Balk prevented the Orange from trailing 2-0 at halftime.

After the break, the Orange showed a better appearance and that resulted in the equalizer in the 34th minute.

The upcoming Kemperman saw his cross being worked into his own goal by a German.

Just before the end of the third quarter, Brinkman also seemed to make the 2-1, but the referees had already whistled when he scored with a tip-in.

In the fourth quarter, it was Germany that seemed to secure the European title thanks to a world goal from Staib, who tipped the ball backwards over Blaak four minutes before the end.

The Netherlands then continued with an extra field player and without keeper Blaak to enforce something and was rewarded with a penalty corner nine seconds before the end.

Specialist Janssen ensured that the thousands of spectators present in the Wagener Stadium jumped from their seats by hitting the ball hard into the top corner.

The Netherlands were clearly better than Germany in the shoot-outs and closed the European Championship in style in their own country by taking the title.

The Netherlands was clearly better than Germany in the shoot-outs.

The Netherlands was clearly better than Germany in the shoot-outs.