Mbappe refused Giroud's apology .. Behind the scenes of the dispute with the French national team

Media reports said that Paris Saint-Germain star Kylian Mbappe rejected the apology of his teammate Olivier Giroud, the Chelsea star, after the latter criticized Mbappe for his performance in France's 3-0 victory over Bulgaria. 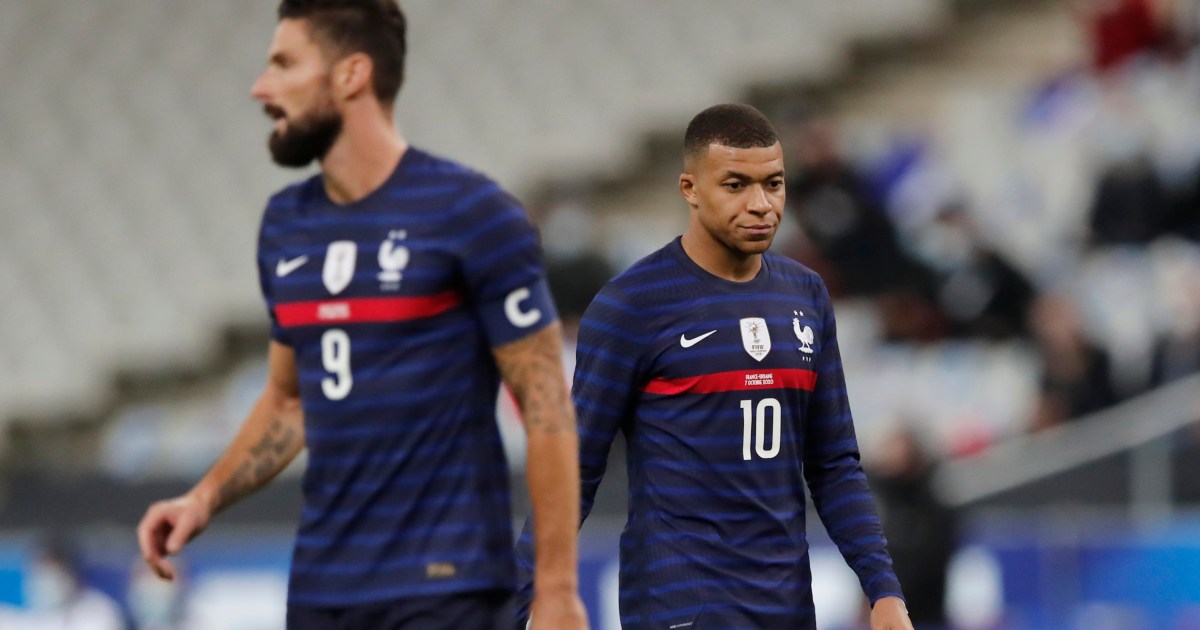 Media reports said that Paris Saint-Germain star Kylian Mbappe rejected the apology of his teammate Olivier Giroud, the Chelsea star, after the latter criticized Mbappe for his performance in France's 3-0 victory over Bulgaria.

Giroud sat on the bench at the start of the friendly match last Tuesday, before participating instead of Karim Benzema to score two goals in the meeting, which ended with the victory of the world champions.

Giroud expressed his anger at Mbappe in the press conference, which followed the match, as he complained that the young striker did not pass the ball to him on several occasions.

During their time together on the field, there was only one pass between Giroud and Mbappe, as the Chelsea player passed the ball to the Saint-Germain star, who did not respond by passing the ball to him on another occasion.

According to reports, an angry Mbappe wanted to hold a press conference to defend himself after hearing Giroud's comments;

In turn, Paul Pogba, a colleague of Mbappe and Giroud in the "rooster" team, denied the rumors that were circulated recently about a dispute between the players, in the ranks of the French team seeking to win the continental championship for the third time in its history, after it was crowned in 1984 and 2000.

"The only tensions are on the back and legs. Physiotherapists are there for that," Pogba joked - at a press conference yesterday, Thursday.

"Honestly, I live in the national team, there is nothing, there is always a very good atmosphere with everyone. We will go straight to the topic between Olivier (Giraud) and (Clian) Mbappe, there is absolutely nothing," Pogba added.

"I think what was said was probably poorly conveyed. Kylian, according to his abilities, can score and make a lot of passes, he does that, he plays with the team although I always tell him it would be good to defend a little bit more," Pogba said.

"There is nothing, nothing happened, I don't feel any tension, nothing at all," he stressed.