After a big win in the national football world preliminaries, the familiar plot comes again

5:0! In the top 40 of the World Preliminaries held in the early morning of the 12th Beijing time, the National Football Team defeated the Maldives without any suspense, with the same score as in the first round. They won the World Preliminary 3 consecutive victories and also earned some net wins. ball.   In fact, after winning the key battle with the Philippines in the last 2:0, the pressure of 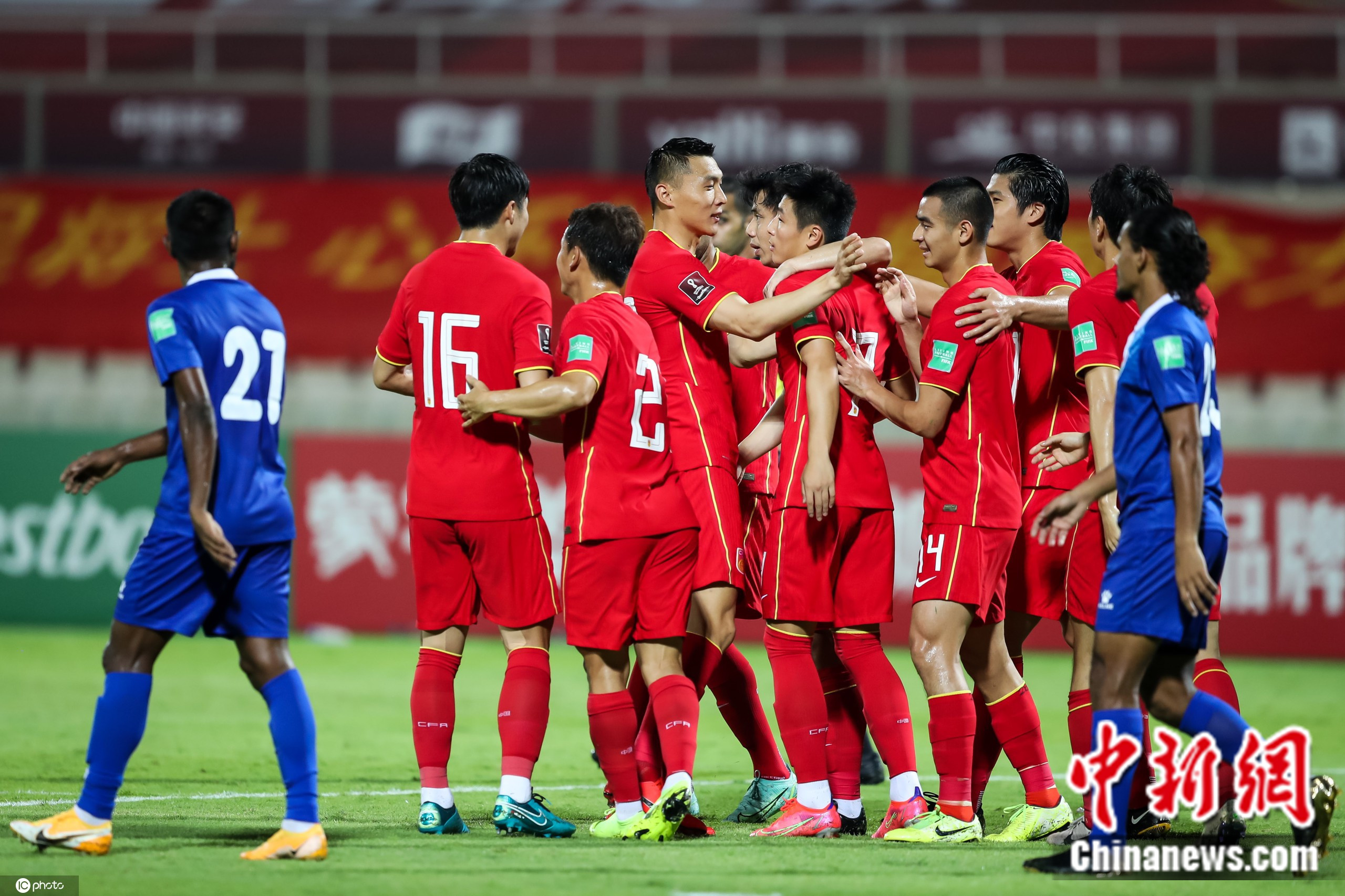 In the top 40 of the World Preliminaries held in the early morning of the 12th Beijing time, the National Football Team defeated the Maldives without any suspense, with the same score as in the first round. They won the World Preliminary 3 consecutive victories and also earned some net wins. ball.

In fact, after winning the key battle with the Philippines in the last 2:0, the pressure of the national football team to compete in the world preliminaries has been eased.

In this game against the Maldives, coach Li Tie made extensive adjustments to the starting lineup, leaving only goalkeeper Yan Junling and forward Wu Lei.

The defensive line is Li Lei, Li Ang, Yu Dabao, and Tomorrow. The midfielder is Hao Junmin's partner Chi Zhongguo, Wu Lei and Liu Binbin are on the wing, and the forward is Alan's partner Zhang Yuning.

This arrangement, on the one hand, is to accumulate strength for the key battle with Syria in the future, on the other hand, it is also to give players who had fewer chances to play some opportunities to experience the game, which is a beneficial accumulation for the subsequent games.

At the pre-match press conference, Li Tie once emphasized that the national team does not have a main force and a substitute, and will only arrange the lineup according to the opponent's situation.

In fact, the starting lineup of this game is basically old faces, except for tomorrow when it ends with an accidental injury, including Ji Xiang who came on the bench. Their national team qualifications are deeper than those of Tang Miao, Wu Xinghan and others who have more chances to play before. Much, so after playing, there are not too many unfamiliar or unwilling to let go.

Liu Binbin, who set the record for the Chinese team, was elected the best player of the game.

The game started quite smoothly for the national football team. Only in the 5th minute of the game, Wu Lei passed from the right to find Liu Binbin.

Since then, the national football team continued to attack. After Zhang Yuning hit the post and scored consecutive goals and was sentenced to be offside, in the 29th minute, Wu Lei swung the goalkeeper single-handedly and scored for the Chinese team to expand the score. This is also Wu Lei's three consecutive world preliminaries. Break the door.

The country is enough to enter the intermission 2:0.

In the past three world preliminaries, Wu Lei played an irreplaceable key role.

Data map: Wu Lei is in a critical battle with the Philippines.

However, after Wu Lei's exit, the national football's frontcourt attack lost its rhythm for a period of time.

Until the 66th minute, Alan scored in the penalty area.

One minute later, Hao Junmin succeeded in stealing the frontcourt and Zhang Yuning scored a long shot from outside the penalty area.

In the 79th minute, Tan Long, who came off the bench, scored a headed goal in the penalty area, and the national football team extended the score advantage to 5 goals.

This score remained until the end, the national football team defeated the Maldives 5:0, playing the same score as the opponent's first leg match.

Data map: In the previous first round, the national football team defeated the Maldives 5:0 away.

In general, this is a big win as expected.

In the case of a large-scale rotation of the lineup, it is a completely acceptable result to get 5 goal difference.

And judging from the content presented in this game, there is no need to say too much. After all, the opponent is not strong. The highlight is the key battle with Syria at 2 am Beijing time on the 16th.

It is worth mentioning that although he has already qualified as the leader of the group, in the previous interview, the Syrian coach Marul said that he would lead his team to defeat the Chinese team in the final battle.

Data map: On November 14, 2019, the national football team lost to Syria in the World Preliminary 40 finals. Lippi announced his resignation after the game.

After this campaign, the country with three consecutive victories is enough to win 5 wins, 1 draw and 1 loss to lock in the second place in Group A. In the ranking of the second team in each group with the best results, the national football team currently ranks second with 10 effective points. , 11 goal difference also occupies a certain advantage compared to other competitors.

In front of the national football team, Oman, who played one more game, temporarily topped the list with 12 valid points.

It is worth mentioning that these teams will face a fight with the group leader in the final round of the top 40 stage.