"Merci, Macron!": They lift the curfew at Roland Garros for Djokovic-Nadal

Djokovic-Nadal are going to make history. In tennis because it is on the way to being legendary, in civil history because the curfew has been repealed at the Roland Garros stadium ... 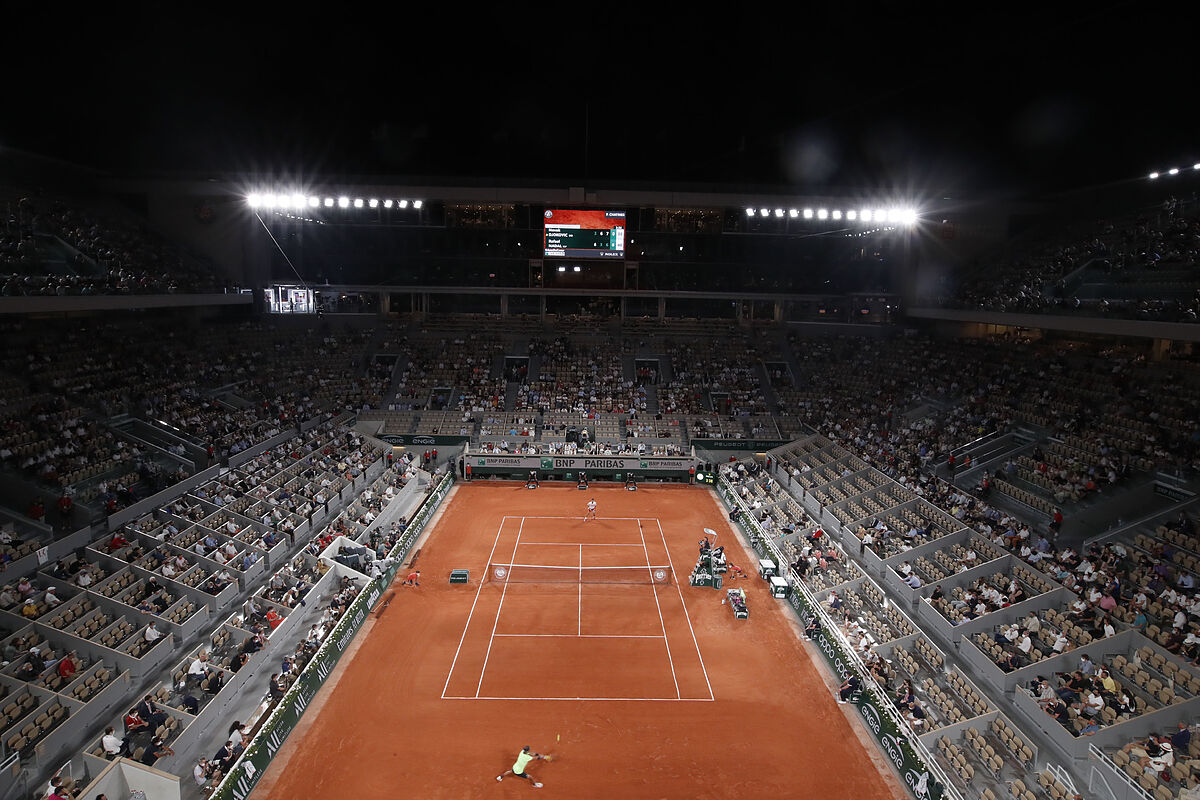 In tennis because it is on the way to being legendary, in civil history because, at the

that forces you to be home at 11 pm in France

Until now, half an hour earlier, the

The other day, at the Djokovic-Berretini, there were already protests.

Today with the game red hot,

an exception has been made

The Serbian had the advantage (3-6, 6-3, 7-6 (4)) after 3:35 of the game when the public address system announced that "according to the authorities" the spectators did not have to leave the

Three an explosion of jubilation, spontaneously, some spectators have sung "

", the national anthem of France, and also have chanted "Merci, Macron" (

), in reference to the President of the Republic.

Roland Garros 2021Nadal leaves the first set in the tournament, but beats Schwartzman and is already in the semifinals