The Spanish team wants Janssen and the Government offers Pfizer: this is the negotiation for the vaccine

Back in April, the Spanish Football Federation asked for the first time. The objective was to reach La Cartuja, to the group stage of the Eurocup, with the group immunized ... 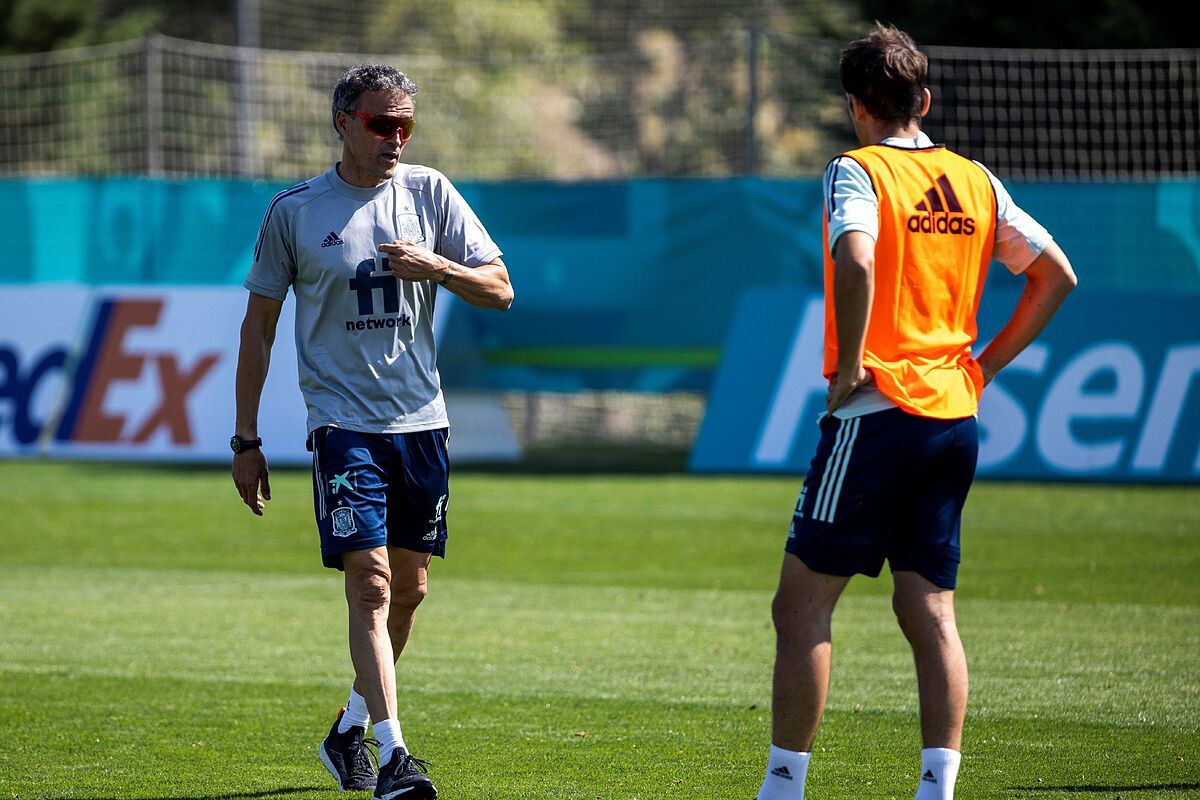 Back in April, the Spanish Football Federation asked for the first time. The objective was to reach La Cartuja, to the group stage of the Eurocup, with the group immunized. With more certainties than doubts (if that is possible) against the coronavirus. On Wednesday, two months and shortly after, and after several refusals, the Government gave the green light to vaccination. Everything seemed ready, until Luis Enrique, from the pulpit of the Ciudad del Fútbol de Las Rozas, an isolated place after the positive of Sergio Busquets, revealed a surprise: "We still do not have confirmation that we are going to be vaccinated."

After the Public Health Commission was inhibited on Tuesday, yesterday, Health gave the go-ahead to the vaccination. But in the guts of the Federation, after learning about the proposal, they continued (and continue) to disagree. Hence the words of the coach: "If an agreement is reached, I would like them to be vaccinated as soon as possible because there may be symptoms and it would bother me a lot not to have a player due to possible side effects."

, president of the RFEF, negotiates directly with the

. The objective from the Football Federation is to try to apply the complete guideline with a single puncture. That is to say, this Friday, if the agreement is reached, the players of the Spanish team will receive the dose of Janssen. "There is nothing ruled out yet," they maintain from Las Rozas, where the players continue with their training plan, although conditioned by the protocol applied after the positive of

Right now, the Government is not giving Adenovirus-based vaccines, that is, Janssen and AstraZeneca, to those under 50 years of age, against possible thrombi. So, from Health they offer Pfizer, but it has two punctures. Apart from the possible side effects, which may appear (or not) with any vaccine, it has the

of the date of the second dose. It would not be until two days before the semifinals (July 6/7), who knows if already on vacation, when the schedule would be completed.

"We understand that it is not the best," they insist from the heart of the national team, just four days before the premiere in the Eurocup.

Surely no one was counting on being in such a situation so close to the big date.

The Olympics start on July 23 and most Olympians have already received their first dose.

It will be necessary to see what the negotiation leads to and if this Friday the Army medical personnel starts the vaccination of the national team at once.

This is how the Metropolitano sounded again: surprising ovation to Pepe, anger to Cristiano Ronaldo and an ugly message to Morata

EurocopaLaporte, holder by decree ... wants to show that also by game: "My goal is the same as Spain's: to win everything"