Roland-Garros: Djokovic-Nadal, in pursuit of records

The semi-final that everyone was waiting for at Roland Garros takes place this Friday: Novak Djokovic will face Rafael Nadal at the end of the afternoon. Two players who are engaged in a fierce battle to exceed the number of Grand Slams won by Roger Federer. Here are five records that the two behemoths are trying to achieve at Roland Garros. 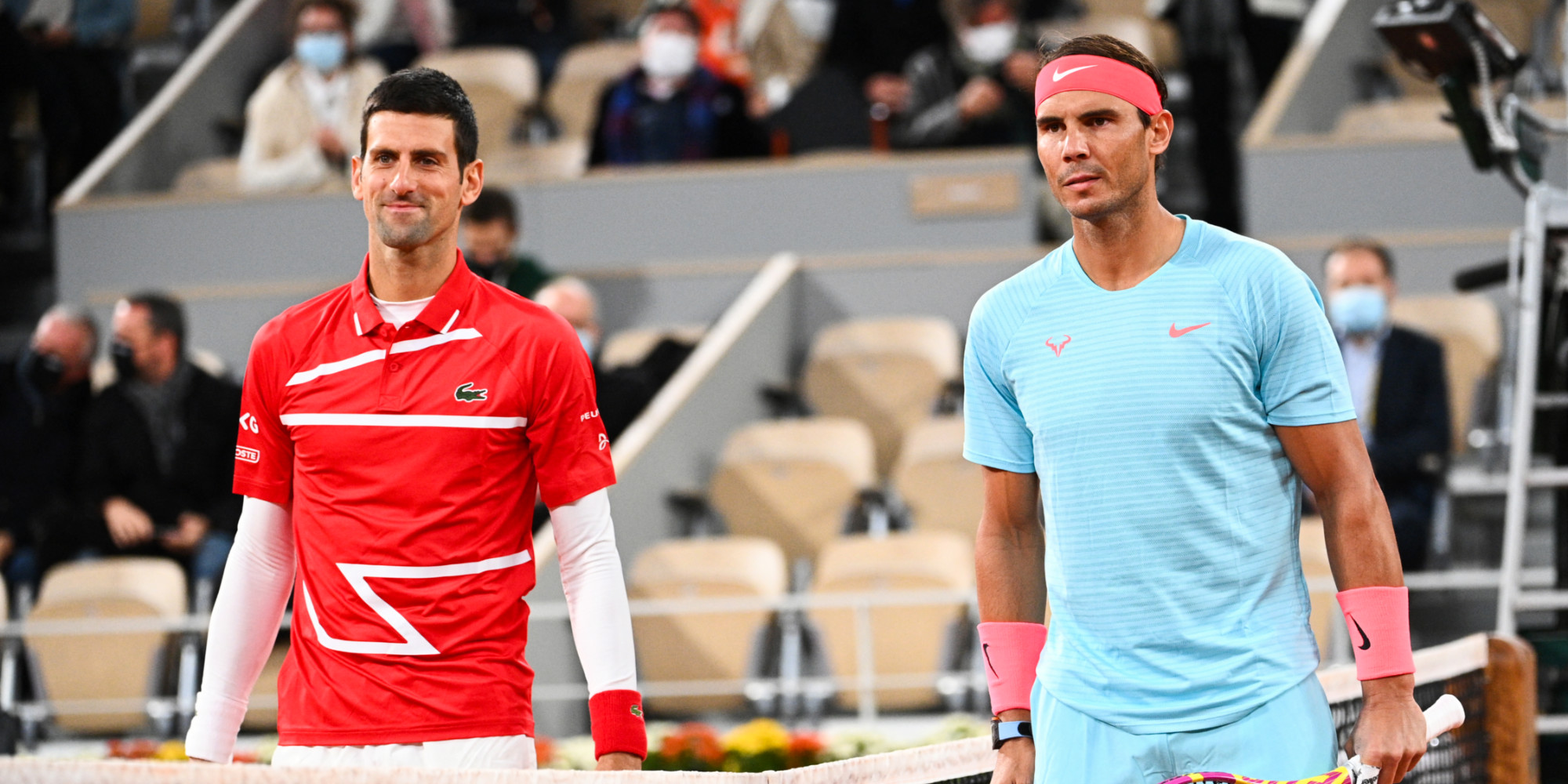 The semi-final that everyone was waiting for at Roland Garros takes place this Friday: Novak Djokovic will face Rafael Nadal at the end of the afternoon.

Two players who are engaged in a fierce battle to exceed the number of Grand Slams won by Roger Federer.

Here are five records that the two behemoths are trying to achieve at Roland Garros.

A long rivalry of more than 15 years and a history of direct confrontations almost balanced between Novak Djokovic (29 wins) and Rafael Nadal (28).

The umpteenth opposition between these two giants of world tennis in the semi-finals of Roland Garros this Friday, not before 5.30 p.m., promises sparks.

Not only are the respective world number one and three aiming for another Grand Slam victory, but above all they are vying for the ultimate recognition of the greatest player of all time with Roger Federer.

And that goes through the quest for new records.

Here are five that depend on the outcome of this long-awaited semi-final.

Serbian Novak Djokovic was less famous at Roland Garros than in other Grand Slam tournaments, but a victory in Paris would bring him into another dimension.

After his only title gleaned on Parisian clay in 2016, the current world number one would win the Musketeers Cup for the second time in his career.

Thus, he would have won all the Majors at least twice.

A performance that only Australians Rod Laver and Roy Emerson achieved in the 1960s and 1970s, at the start of the Open era.

The battle for the number of majors

Novak Djokovic aims for a 19th Grand Slam title, one unit from the record number shared between his Spanish rival Rafael Nadal and the Swiss Roger Federer (20).

At 34, the Serbian would be on track to hope to exceed this ultimate bar.

What Rafael Nadal (35 years since June 3) can achieve from this 2021 edition of Roland-Garros: with a 21st title in Major, the world number three would take off Switzerland and his 20 titles, and thus hold the most large number of Grand Slams, the premier category of tennis.

Nadal, a 14th title to increase the absolute record

A historic performance that Rafael Nadal already has, but that he can improve again: the Spaniard won his 13th title at Roland Garros last year, unheard of for a player in the same Grand Slam tournament.

By comparison, Novak Djokovic has nine Australian Open titles and Roger Federer has eight at Wimbledon.

A 14th title for the Spaniard would further strengthen his hold on Porte d'Auteuil, and make it an even more difficult record in the future.

The oldest to triumph at Roland-Garros at 35

If the 30-year-old duel turns to Rafael Nadal's advantage this Friday, the Spaniard could become the oldest player to triumph at the French Open at 35 years and 10 days on Sunday.

He would dethrone his compatriot Andres Gimeno, winner of Roland-Garros in 1972 at the age of 34 years and 10 months.

And who knows if the Mallorcan will have more under the pedal in the years to come ...

The greatest amplitude between the first and the last title

To close the loop of messy records, Rafael Nadal can win the Roland-Garros tournament in 2021 16 years after having lifted his first Coupe des Mousquetaires on Parisian clay, in 2005. This would be the greatest temporal amplitude between the first and the last title in a Major, all Grand Slams combined. It is again an Australian from the beginning of the Open era, Ken Rosewall, who holds this record with a 15-year gap between his first and his last coronation.

The semi-final between Novak Djokovic and Rafael Nadal is therefore more important than the simple fact of playing the last four of a Grand Slam. It is one of the last big meetings between these two men to mark even more the history of tennis. And Rafael Nadal has the opportunity to return to equality in his direct confrontations with Novak Djokovic. The stage is set, the actors to shine!