The tears of Quino Ruiz, the miracle master of Spanish judo, the one who polishes talents in his Brunete gym. The conspiratorial look of the pupil, the immense Nikoloz ... 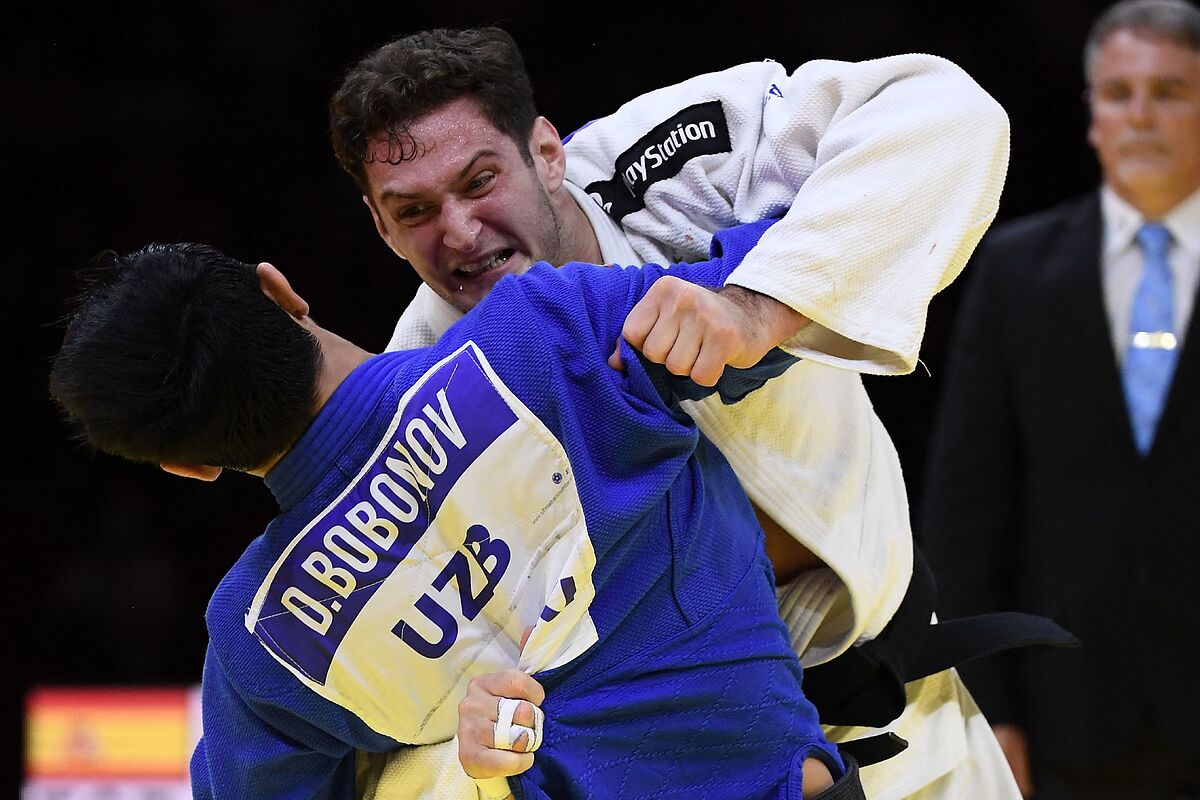 , the miracle master of Spanish judo, the one who polishes talents in his Brunete gym.

The conspiratorial look of the pupil, the immense Nikoloz Sherazadishvili, the hug, the joy.

No Spaniard ever won two world golds, no Spaniard will attend the Tokyo Games with higher expectations.

Shera did it in Budapest, in a World Cup in which she swept, which triggered her Olympic favoritism, despite the fact that there were some absences. But Niko is

number one in the world rankings at -90 kilos

and is a brutal competitor. This is how he performed against the Uzbek Davlat Bobonov, whom he defeated with a tremendous ippon in the Golden Score. The Tbilisi-born Spaniard renews his world title, which he achieved in 2018 in Baku.

The Georgian judoka who lived in Brunete did not attend his best moments. At the European Championship, in April, he took a good setback, falling at the first exchange with

, quite a surprise. The reason was the coronavirus that had just happened and that had weakened him. In February, also after overcoming a sprained ankle, he had been silver at the Tel Aviv Grand Slam.

But the set-up is 100% focused for Tokyo. Months of workouts for an almost vital goal. The appointment is approaching and the form adjusts. The hand on the heart with

the Spanish anthem playing in Budapest

was a sign of the importance of the moment. The emotion of the one who feels grateful for the country that gave him everything. And for which he will fight in less than two months at the mythical Nippon Budokan in Tokyo.

Never has a male Spanish judoka won two medals in a World Cup.

, silver in Atlanta, knows what it's like to win an Olympic medal.

Everything else was them, from Miriam Blasco to Yolanda Soler.

The harvest for the Spanish delegation in Budapest could not have been more exciting.

Because Niko Shera's gold is joined by Ana Pérez Box's silver at -52 kilos and the bronzes by Fran Garrigos (-60) and Julia Figueroa (-48).

Tokyo GamesSpanish karate breaks: "The president told us we were shits, some fags"

The Continuing Threat: Is the Tokyo Olympics Really in Danger?