The Dutch hockey players reached the final of the European Championship in Amstelveen on Thursday. The team of national coach Max Caldas was too strong for Belgium in a blistering shoot-out series, after the compelling match in regular time did not have a winner (2-2). 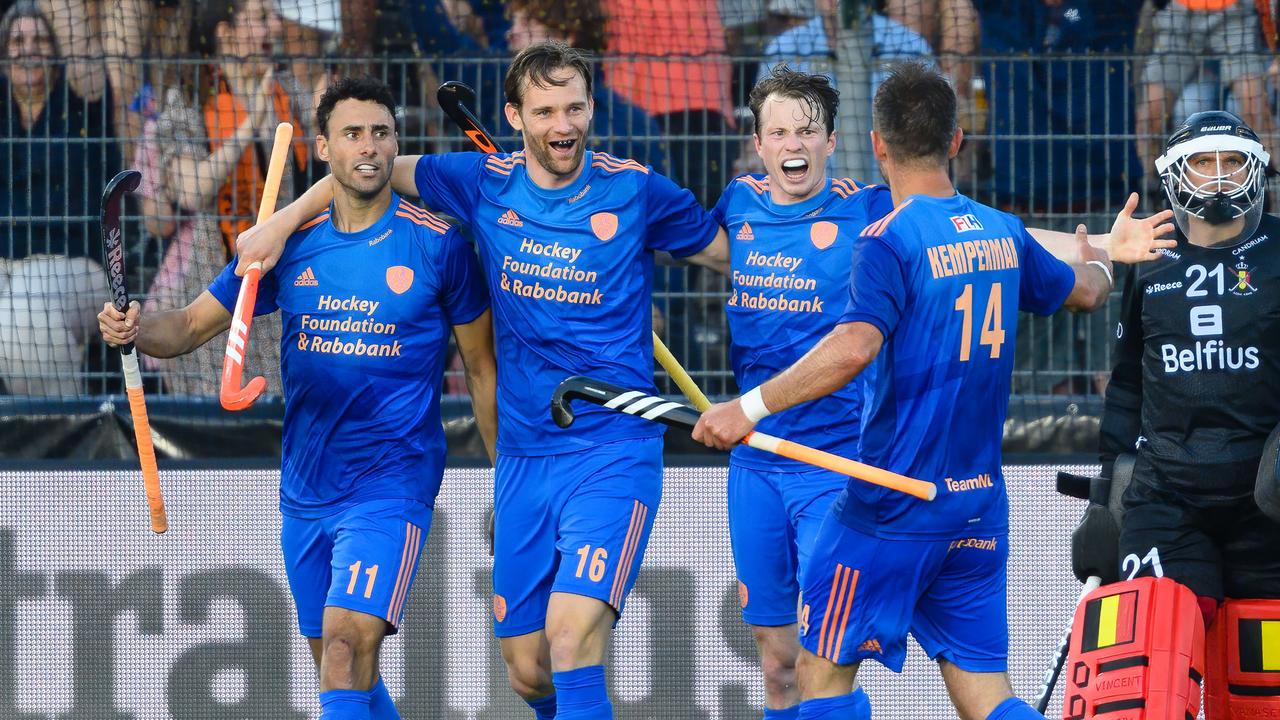 The Dutch hockey players reached the final of the European Championship in Amstelveen on Thursday.

The team of national coach Max Caldas was too strong for Belgium in a blistering shoot-out series, after the compelling match in regular time did not have a winner (2-2).

In front of 3,000 spectators, the Netherlands got off to a bad start against Belgium, which only managed to score in the third quarter.

The Orange came through Seve van Ass at 1-1, but Belgium took the lead a minute later through Alexander Hendrickx.

Jip Janssen eventually pulled the shoot-out series out of the fire for the Netherlands.

In that deciding series, the Netherlands and Belgium scored only one of its first three attempts, then Thijs van Dam put Oranje back in the lead.

After a miss by the Belgian Arthur van Doren, Jorrit Croon entered the decisive shoot-out.

The Netherlands will face Germany in the European Championship final on Saturday, which had settled with England 2-3 earlier in the day in the other semi-final.

The Orange squad can win a top prize in its own country for the first time since the European title in 2017.

The European Hockey Championship is the last tournament for hockey players in preparation for the Olympic Games, where Belgium is one of five opponents in the group stage.

Belgium-Netherlands is the opening match in Tokyo on 24 July.

The Netherlands last became Olympic champion in Sydney in 2000.

In the third quarter, the stoppages hit some players from the Netherlands and Belgium.

In the third quarter, the stoppages hit some players from the Netherlands and Belgium.

Orange was toothless against Belgium for a long time

The Orange squad, which had qualified for the semi-final as group winner, was pushed back by Belgium from the exit in the Wagener Stadium in Amstelveen.

It only resulted in the third quarter in the opening goal of Nicolas de Kerpel, who mercilessly punished Glenn Schuurman's loss of possession: 0-1.

At the end of that third period, the flames caught on.

After a duel, Sander de Wijn went to talk to Van Doren and then got a push from Victor Wegnez, after which the players had to be separated.

De Wijn and Wegnez were only sent off with a green card, but with that the match completely ignited.

Out of nowhere the equalizer fell for the Orange in the fourth quarter.

The Belgian Sebastien Dockier handed in the ball to Thierry Brinkman, who gave Van Ass a free passage: 1-1.

The Netherlands could not enjoy the equalizer for even minutes.

Hendrickx dragged the ball into the corner from a penalty corner.

The Belgian goalkeeper Vincent Vanasch had no answer to the commitment of the defender, who has been playing with a mask since he got a ball in his left eye at his club Kampong.

In the shoot-out series, Thierry Brinkman was the first player to miss, but Belgium failed to take the lead as Wegnez scored out of time.

Robbert Kemperman and the Belgian Florent van Aubel then shot wide, but Van Dam was accurate.

After Van Doren's miss, who got a second chance because Blaak came out of his goal too early, Croon Netherlands shot to the European Championship final.