Euro-2021 and Covid-19: a heavy health protocol for extraordinary competition

Postponed for a year due to the Covid-19 pandemic, the 16th edition of the European Football Championship begins on Friday. The health situation will greatly impact the daily life of the twenty-four ... 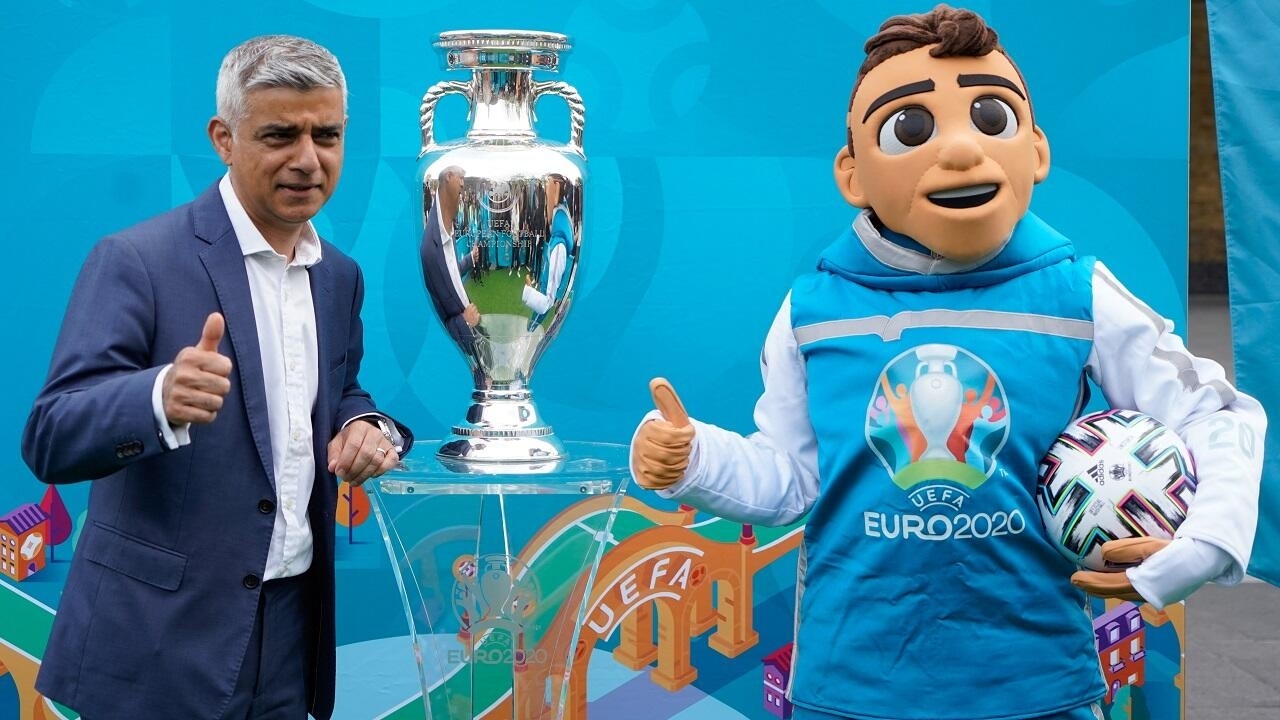 Portugal, winner of Euro-2016 in France, will have remained European champion for five years instead of four.

Cristiano Ronaldo and his teammates should have put their crown on the line last summer.

But in March 2020, as the Covid-19 was spreading all over the world, UEFA decided to postpone the European meeting to June-July 2021.

The wait is coming to an end.

Friday June 11, in Rome, Turkey and Italy are launching this particular Euro-2021.

This edition is meant to be special in many ways.

Already, this is the first not to take place in one or two host countries, but in eleven (twelve originally planned).

This was the wish of former UEFA president Michel Platini for the 60th anniversary of the Euro.

The other particular factor of this Euro-2021 is of course the Covid-19.

From the public in all stadiums

UEFA has adapted to the health context.

On April 23, its executive committee confirmed that all matches will welcome audiences at different levels, calculated according to the rules specific to each country.

Hungary is the only country to aim for a full stadium.

For the others, it will be between 22 and 33% of the capacities of each stadium.

UEFA had to make some important decisions.

Bilbao not being able to guarantee that it could accommodate the public at around 25% of the capacity of the San Mamés stadium, and the Basque city has been replaced by Seville.

A similar situation has prompted UEFA to remove Ireland from the list of host countries for Euro-2021;

the four matches scheduled at the Aviva Stadium in Dublin have been reallocated to London and St. Petersburg.

"I am really satisfied that we are able to welcome spectators at all matches, for this great celebration of football for national teams across the continent," said Aleksander Ceferin, President of the UEFA.

The Puskas Arena in Budapest, here illuminated on April 6, 2020 in honor of caregivers mobilized against the Covid-19, will be the only stadium that can accommodate spectators at 100% of its capacity during Euro 2021. AFP - ATTILA KISBENEDEK

Vaccines, tests and masks for spectators

Spectators, especially those coming from abroad, will have to show off.

Several cities will only allow access to the stadiums upon presentation of one of these three supporting documents: a certificate of complete vaccination against Covid-19, a certificate of previous contamination or a negative PCR test / antigen test dating from less than 72 hours.

In Amsterdam, a complete vaccination certificate will not suffice: spectators will also have to present an additional negative test.

On the Budapest side, staff will control the temperature of the fans and deny access to people with a temperature greater than or equal to 37.8 ° C.

In some cities, the tests will be chargeable.

In Munich, for example, spectators must wear an FFP2 type mask.

To access the stadiums, a stepped entry system should also be applied.

Travel conditions will be specific to each of the eleven organizing countries.

Details specific to each are listed on this page on the UEFA website.

Difficulties are feared because some countries like the United Kingdom are strict and require several days of quarantine.

But relaxations are being studied to avoid any hiccups.

UEFA wants this Euro to be a "safe and festive" competition.

The Blues in a very strict bubble

According to the instructions given by UEFA, the 24 selections are in sanitary bubbles from the start of their preparation two weeks ago, until the end of the competition. It is, once again, to avoid contamination. "We are in a very strict bubble where everything is reduced. We have no freedom from the outside", explained Didier Deschamps, the coach of the France team, on May 26.

Its men are tested regularly and have almost no contact with the outside world, starting with the supporters.

"It's never pleasant, but we have no choice," commented the French coach.

Cyril Moine, physical trainer for the Blues, told AFP how much this context can weigh on the reigning world champions.

Because a positive test within the French group would have very unfortunate consequences.

A publication shared by the French Football Team (@equipedefrance)

"It's an additional pressure, a sword of Damocles for the players and us, the staff. We must be extremely vigilant against the virus, hence the creation of a bubble, this vigilance for entries and exits. There is no possibility. We stay between us, we have no contact. It is not always easy, psychologically, even if we do a superb job, "he explained.

If the France team has not had to deplore a case of Covid-19 so far, others have been less fortunate.

Netherlands goalkeeper Jasper Cillessen tested positive at the end of May.

The Batavian coach, Frank de Boer, did not want to take any risk and dismissed him from his final squad.

A decision that Cillessen can not digest, while De Boer had registered it on his first list knowing for this positive test.

"I have never felt so helpless and angry," said the porter at the Dutch daily De Telegraaf.

Spain is in an even more complex situation with Sergio Busquets. The captain tested positive on June 6 and had to leave the group to self-isolate for ten days. His teammates must now train individually. And Busquets? The midfielder will not be there for the Spanish entry into contention against Sweden on June 14. But it is not sure that the Barcelona can participate in the rest of the competition.

Luis Enrique, the Spain coach, has until June 12 to decide. Either he keeps Busquets, hoping he will be cured and able to perform on the pitch despite the lack of pace. Either he replaces him with a reservist. A snub that had decided to call only 24 men, while UEFA authorizes for this Euro 26 players per selection instead of the usual 23, precisely to give more flexibility to the teams faced with this health context.

The Covid-19 could still be a spoiler during the competition.

UEFA has set its rules.

A team affected by Covid-19 will be required to play if it has at least 13 able-bodied players, including a goalkeeper.

If this is not the case, the match may be postponed for a maximum of 48 hours.

And if, despite this delay, the match still cannot be held, the team in question would lose the match by forfeit on the score of 3 goals to 0. It would be a first in the history of the Euro.

• in Germany (Allianz-Arena - Munich), four matches including a quarter-final

• in England (Wembley Stadium - London), eight matches including the semi-finals and the final

• in Azerbaijan (Olympic Stadium - Baku), four matches including a quarter-final

• in Italy (Olympic Stadium - Rome), four matches including a quarter-final