Reigning champion out of the French Open

Iga Swiatek won the French Open last year. Now she's knocked out. The 20-year-old was defeated by Maria Sakkari in the quarterfinals. 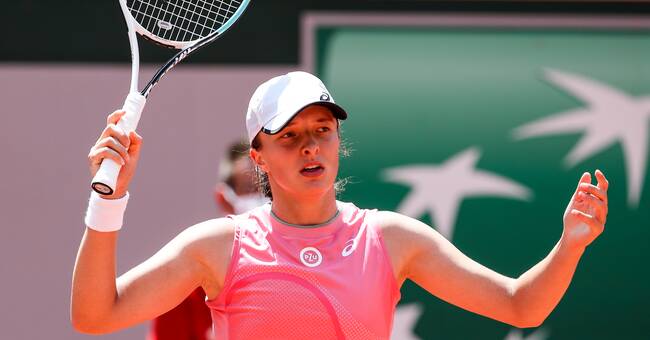 The stars leave the tournament on the assembly line.

This after two straight negative sets, 6-4,6-4, against Maria Sakkari.

20-year-old Swiatek had previously won all 22 of his sets in Paris.

She was forced to take a medical timeout at the 2-0 lead in the second set.

After that, Sakkari would come back stronger and equalized to 4-4, before she finally won the second set 6-4.

Barbora Krejcikova, on the other hand, knocked out the American shooting star, Coco Gauff, who was the youngest to reach the quarterfinals since 2006. The former left the match cheering after winning 7-6, (8-6), 6-3.

- For me, this is already something I never dreamed of.

I played a really good match and Coco is incredible - she is 17, it's spectacular, says Krejcikova according to the BBC.

Krejcikova will now face Swiatek in the semifinals.