Nadal on to the semifinals of the French Open

Rafael Nadal was certainly put to the test in the quarterfinals of the grand slam tournament. In the end, however, he managed to beat the Argentine Diego Schwartzman. The match ended 6-3, 3-6, 6-4, 6-0 - and the Spaniard is on to the semifinals. 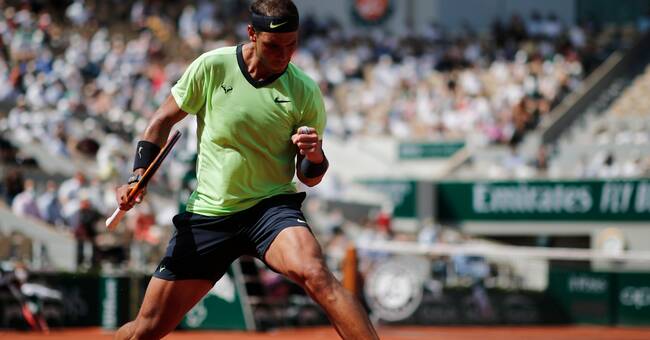 - Playing against "Rafa" in this type of tournament, is always a good time to understand how well you play, said Diego Schwartzman according to WTVB before the match.

And the fact is that that measure of value became too tough for the 28-year-old - who lost in the quarterfinals of the French Open against experienced Rafael Nadal, ranked 3rd.

However, Schwartzman, who kept quite a lot of baseline and made a rather pale effort in the beginning, did not give up.

He raised his stakes in the second set and got the numbers 6-4.

The Argentine would also do well in the third set and had a 3-0 lead.

However, Nadal came back, leveled at 3-3 and eventually settled 6-4.

In the fourth and final set, the 10-ranked player got off to a nightmare start and Rafael Nadal was almost ruthless.

The latter put in an extra gear, finished with nine games in a row and rounded off the match 6-0.

Meets the winner between Djokovic and Berrettini

Nadal and Schwartzman met in the semifinals of this tournament last year, the match also ended in victory for the 13-time champion, but to the pulverizing numbers 3-0 in sets.

Rafael Nadal is now facing the winner between Novak Djokovic and Matteo Berrettini.