Hamilton praises Mercedes work in Baku: 'Even Valtteri is in the top ten'

Lewis Hamilton praised his Mercedes team after qualifying for the Azerbaijan Grand Prix. The 36-year-old Briton qualified second for the race on the street circuit in Baku. 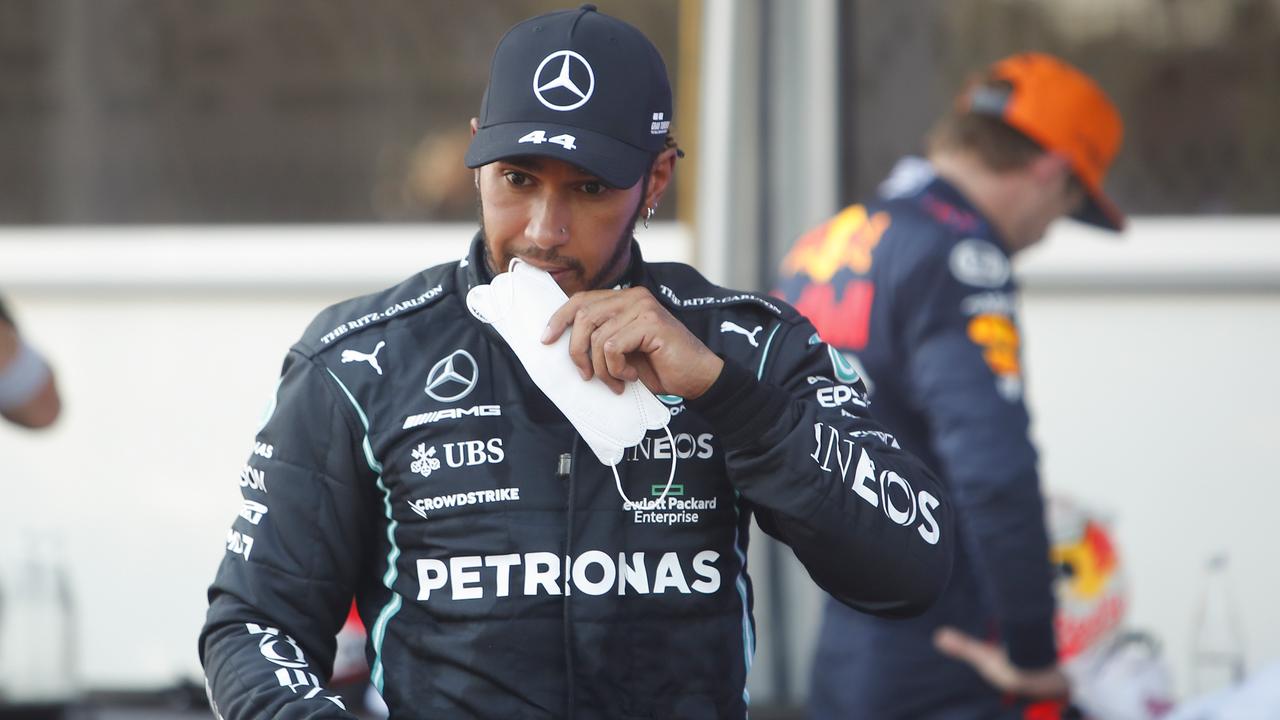 Lewis Hamilton praised his Mercedes team after qualifying for the Azerbaijan Grand Prix.

The 36-year-old Briton qualified second for the race on the street circuit in Baku.

"We were definitely not expecting this," Hamilton said at

"It's unbelievable how hard we've had this weekend. This is a great result for us. We've adjusted so many things."

"Behind the scenes we had some difficult conversations. The team worked late into the day and also worked in between sessions to get this done. The car was very difficult until qualifying, but even Valtteri has the top ten so the credits are definitely for the team."

Hamilton mainly benefited from a slipstream from teammate Valtteri Bottas on his fast lap.

The Finn himself had to settle for tenth on the grid and was almost one and a half seconds slower than Hamilton.

Charles Leclerc took pole position in Baku - partly due to a red flag after a crash by Yuki Tsunoda.

Hamilton seemed to experience a difficult qualifying in Baku beforehand.

The seven-time world champion did not record fast times in free practice and said on Friday that he had no idea where his speed had gone.

A day later, Hamilton suddenly has a lot of confidence in a strong race.

"In practice, our race speed looked much better than the speed over one lap," he continued.

"We honestly don't understand how that is possible. We hope that tomorrow we will be in a strong position again so that we can fight these guys."

The Azerbaijan Grand Prix starts on Sunday at 2 p.m.